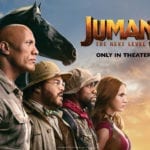 Welcome to teenFish, a podcast series that lets teenagers speak about media that matters to them in their own voice. Hosted by Daniel Collins (Infinity Warm-Up), teenFish airs every month and invites local youth to engage the truth and lies of the shows and films that excite them. When Spencer decides to re-enter the world… [Read More] 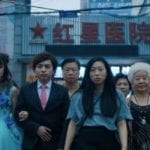 Based on an actual lie,’ The Farewell follows the young Chinese-born but U.S.-raised Billi (Awkwafina) who reluctantly returns to Changchun to find that, although the whole family knows their beloved matriarch, Nai-Nai (grandma), has been given mere weeks to live, everyone has decided not to tell Nai Nai herself. To ensure that she doesn’t worry about her… [Read More]