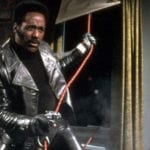 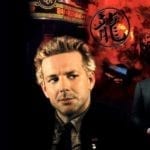 Michael Cimino, of The Deer Hunter fame and Heaven’s Gate notoriety, shoots the gap between his Oscar wins for the first and the derision of his work for the second in Mickey Rourke’s The Year of the Dragon. While Rourke had collaborations with Steven Spielberg (1941), Lawrence Kasdan (Body Heat), Barry Levinson (Diner), and Francis Ford Coppola (Rumble Fish) under… [Read More] 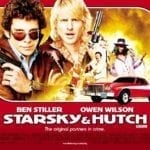 Before SWAT, Hawaii Five-O, MacGuyver, Lethal Weapon, and Magnum P.I. were remade as television dramas, studios seemed fascinated with remaking old television shows into slightly more offbeat films. In between films like I, Spy, and later films like The A-Team and 21 Jump Street, Starsky & Hutch took the old 1970s buddy cop show and twisted it, hard. Thanks to Warner Archive Collection, the Blu-ray… [Read More] 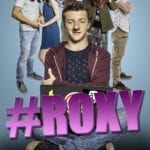 A modern take on Cyrano de Bergerac, #Roxy is a movie about Cyrus Nollen (Jake Short), a boy with a big nose who is very tech savvy and feels he can’t be loved because of his physical appearance. He is in love with his best friend, Roxy (Sarah Fisher), one of the more popular girls… [Read More] 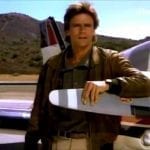 In the mid-1980s, Lee David Zlotoff wrote for Hill Street Blues and later produced Remington Steele; he even directed The Spitfire Grill. But his greatest contribution to modern media was the creation of MacGuyver, the story of a troubleshooter for the Phoenix Foundation (and also an agent of a shadowy branch of the U.S. government). MacGuyver regularly found himself in… [Read More] 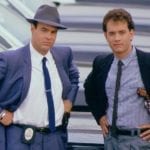 “The story you’re about to hear is true.” Thus begins the spiritual lovechild of Dragnet. In 1987, Dan Ackroyd and Tom Hanks ‘updated’ the legendary tone of the television show that ran from 1951-59 and 1967-70, formed around the story which Jack Webb created, produced, and starred in for so many years. Ackroyd plays the singular,… [Read More] 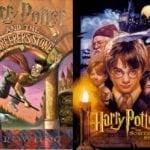 Given that this year marks the twentieth anniversary of the publication of the first Harry Potter novel (well… it had already been published in the UK in 1997, but the US version didn’t come out until 1998), it seems fitting to go back and watch the films that were such an integral part of my childhood. … [Read More] 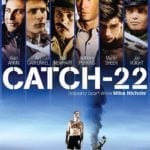 by Tom Lester, Contributing Writer A very unlikely movie to review from a faith perspective for a vast variety of reasons is Catch-22. Directed by Mike Nichols, it is based on the book written by Joseph Heller. I actually read the book after seeing the movie and have found the book much more to my… [Read More] 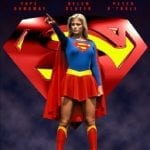 Alexander Salkind and his son Ilya Salkind backed into success with the Superman (Christopher Reeves) series when director Richard Hamilton failed to prove available and they snagged Richard Donner (who’d only found success with The Omen, but went on to The Goonies and Lethal Weapon) and for the role. Tom Mankiewicz touched up the script that Mario Puzo (The Godfather)… [Read More] 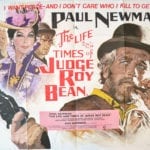 Roy Bean (Paul Newman) walks into a saloon in Vinegaroon, and receives singular mistreatment by the inhabitants. With the help of a local woman, he arms himself and slays those who’ve wronged him … and names himself judge of the West Texas bordertown. All of that is vaguely tantalizing; it’s directed by John Huston (The… [Read More]