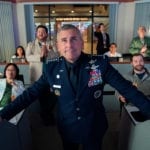 If Steve Carrell’s Michael Scott had cursed more and been in charge of the new presidential directives to put boots in space, The Office would be Space Force. Here, Carrell is General Mark R. Naird, the Chief of Space Operations. He’s a hardworking soldier who has always played fair, hoping to one day direct the… [Read More] 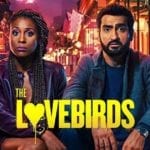 Netflix’s latest straight-to-streaming films are certainly rivaling what’s available in theaters. Too soon? In the romantic comedy The Lovebirds, Issa Rae and Kumail Nanjiani play a pair of lovers falling out of love who end up stuck in a murder mystery involving a secret cult and some bumbling drug dealers. Some of it doesn’t make… [Read More]

How do people respond to torture? Which age group is most adept? Are men or women more capable of multitasking? How do most people use the toilet? These are some of the questions that are tackled on the Netflix series 100 Humans: Life’s Questions. Answered. 100 Humans is reality TV dressed up as a science… [Read More] 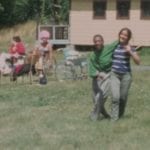 “What we saw at that camp was that life could be better.” Perhaps the main theme of the Netflix documentary Crip Camp comes near the beginning as we see film of teenaged disabled campers in 1971 while hearing Richie Havens singing the word “freedom” over and over from “Motherless Child”. For these campers, their time… [Read More] 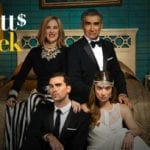 One minute you are comfortable. You have all you need and then some. You have freedom to go anywhere, anytime, with anyone. Secure and confident in your situation, you spend your days enjoying unlimited opportunities. And then one day, government agents are at your door, confiscating furniture, jewelry, and you’re frantically trying to pack your… [Read More] 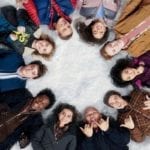 Welcome to teenFish, a podcast series that lets teenagers speak about media that matters to them in their own voice. Hosted by Daniel Collins (Infinity Warm-Up), teenFish airs every month and invites local youth to engage the truth and lies of the shows and films that excite them. When a snowstorm hits a small midwestern… [Read More]

Directed by Martin Scorsese, Netflix’s last Oscar-contender, The Irishman sees the return of some of cinema’s greatest legends. Starring Robert DeNiro, Al Pacino and Joe Pesci, the film follows Frank Sheeran (DeNiro), a young teamster who finds himself drawn into the underworld by crime boss, Russell Buffalino (Pesci). As he climbs the ranks as a… [Read More] 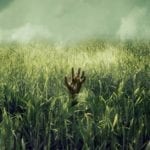 Welcome to teenFish, a podcast series that lets teenagers speak about media that matters to them in their own voice. Hosted by Daniel Collins (Infinity Warm-Up), teenFish airs every month and invites local youth to engage the truth and lies of the shows and films that excite them. On a cross-country road trip to their… [Read More] 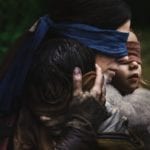 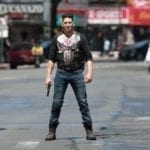 At the end of the first season of Netflix’s The Punisher, Frank Castle (Jon Bernthal, The Walking Dead) is worn-down, bloody and wounded, but unbeaten by his friend-turned-nemesis Billy Russo (Ben Barnes, Westworld). As the second (and final?) season of the bloody vigilante series unfolds, we recognize that Castle has bounced back physically, but that he wrestles… [Read More]