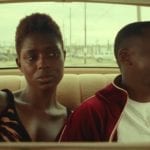 Queen and Slim is coming out on Blu-ray and you can win a free copy! Post below with your favorite Daniel Kaluuya moment so far and we’ll enter you to win. “Slim and Queen’s first date takes an unexpected turn when a policeman pulls them over for a minor traffic violation. When the situation escalates,… [Read More] 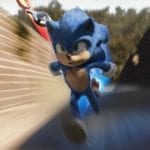 By Johnathan Stowe When the first trailers came out for Sonic the Hedgehog, I was very sceptical to see it based on the animation of Sonic (like many Sega fans were) but, once they made the changes and got the design right, it looked more like a movie to see. But would the plot of the… [Read More] 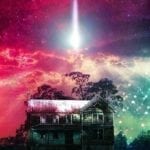 By Johnathan Stowe As a sci-fi horror movie, Color Out of Space has some rough edges and could be looked at by some as a silly and bizarre movie. Is this movie worth seeing? I personally think that it deserves a watch.  Written and directed by Richard Stanley (The Otherworld), Color Out of Space tells the story of Nathan… [Read More] 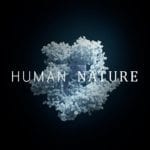 By Jason Thai Human Nature is a documentary on modern biology science and the progressive humans have achieved to reach where we are now. Taking a focus on the many genetic issues and problems common people suffer on a daily basis, the film looks into the modern science and technology of CRISPR, a microorganism that… [Read More] 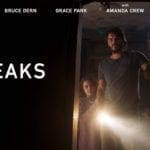 By Jason Thai In the new sci-fi thriller Freaks, Chloe (Alexa Kolker) is a 7-year old girl who is forced to live at home without any interaction with the outside world. Living under a set of rules enforced by her paranoid and frantic father, Henry, who will do whatever it takes to keep Chloe in…. [Read More] 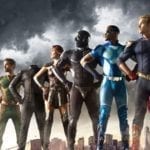 By Jason Thai Streaming on Amazon Prime, The Boys is a superhero television show that parodies DC Comics’ most popular heroes. In most stories, superheroes act to protect the innocent and to stop crime but, in this universe, they are owned by “Vought International”, a large American corporation that markets their image and abilities to… [Read More] 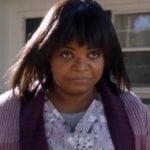 Want to win a copy of Universal’s Ma on Blu-ray? “A lonely middle-aged woman befriends some teenagers and decides to let them party in the basement of her home. But there are some house rules: One of the kids has to stay sober, don’t curse, and never go upstairs. They must also refer to her… [Read More] 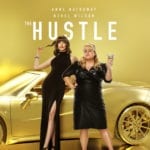 Would you like to win a copy of Universal Picture’s The Hustle Blu-ray Combo pack? Josephine Chesterfield is a glamorous, seductive British woman who has a penchant for defrauding gullible men out of their money. Into her well-ordered, meticulous world comes Penny Rust, a cunning and fun-loving Australian woman who lives to swindle unsuspecting marks…. [Read More] 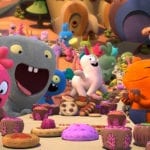 Enter below with your favorite animated Universal film. One winner will be selected for an UglyDolls Blu-ray combo pack by the end of July! “In the adorably different town of Uglyville, weirdness is celebrated, strangeness is special and beauty is embraced as more than meets the eye. After traveling to the other side of a… [Read More] 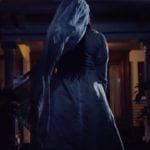 By Johnathan Stowe From James Wan, producer of The Conjuring films, comes The Curse Of La Llorona, a Spanish folklore that was presented on multiple television shows with different interpretations of the woman that haunted my childhood. They are exactly two things that went through my mind as I sat in the movie theatre with… [Read More]