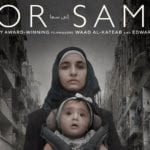 Nominated for Best Documentary Feature, For Sama brings a personal perspective to the Syrian conflict. The conflict in Syria has been fertile ground for documentary films. Two years ago The Last Men in Aleppo was among the doc nominees. This year The Cave is also nominated in this category. The war going on in that… [Read More] 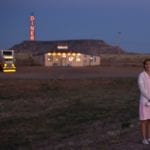 “Thank you for this day, Daddy. I hope I lived right and if I see you one day that I make you proud.” I first saw Katie Says Goodbye at the 2017 Newport Beach Film Festival, where I ranked it among my favorites. The film won jury awards for Best Actress (Olivia Cooke) and Best… [Read More] 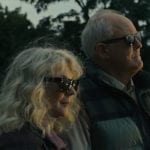 In the Sermon on the Mount Jesus says,  “Do not store up for yourselves treasures on earth, where moth and rust consume and where thieves break in and steal; but store up for yourselves treasures in heaven, where neither moth nor rust consumes and where thieves do not break in and steal. For where your treasure is,… [Read More] 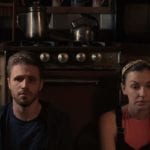 I mentioned in one of my earlier reports that I’m stingy with my ratings of Excellent on the Audience Award ballots we are given for each film. The choices are Excellent, Good, Fair, and Poor. My default is Good. To get an Excellent, a film needs to rise above the other films in some way…. [Read More] 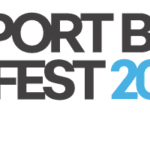 The Newport Beach Film Festival presented by Pacific Sales continues to bring interesting films that may never make it to a wide distribution, but that doesn’t mean the films aren’t worthy of being seen. That is one of the values of film festivals. I would encourage everyone to look for film festivals near you. (Note… [Read More] 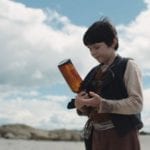 Welcome back to the Newport Beach Film Festival presented by Pacific Sales. It was a full day for me, as you’ll see when you see the nine films I have to talk about. Okay, I’ll admit that six of them were shorts, but that still seems like a full day to me. Note that I’m… [Read More] 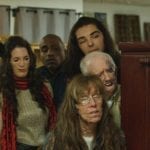 The 20th edition of the Newport Beach Film Festival presented by Pacific Sales is now up and running. Films are shown at several venues, including Starlight Cinemas, Edward’s Big Newport Cinemas, the historic Lido Theater, and The Lot in Fashion Island. If you’re in the area, schedule and tickets can be found at the festival… [Read More] 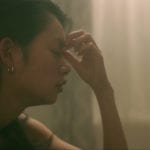 Premiering today at the Newport Beach Film Festival, In a New York Minutegives a glimpse into the lives of three strangers who inadvertently discover that their problems may be solved by a single pregnancy test. Amy is haunted by a past breakup that has manifested into an eating disorder. Angel is torn between an unhappy marriage… [Read More]

While many of my Screenfish colleagues (and most of the rest of the world) will be seeing The Avengers: Endgame this weekend, I’ll be absent from that crowd. Instead, I’ll be starting my weeklong coverage of the 20th Newport Beach Film Festival presented by Pacific Sales. This year’s festival includes 131 feature films and 321… [Read More] 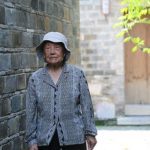 I recently had the chance to talk by phone with Academy Award winner Vanessa Roth about her new short documentary, The Girl and the Picture, that played at the Newport Beach Film Festival. The film tells the story of Madame Xia, who as an eight year old girl survived the Nanjing Massacre (sometimes referred to… [Read More]