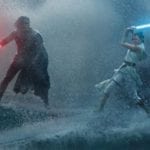 When it’s discovered that the evil Emperor Palpatine did not die at the hands of Darth Vader, the rebels must race against the clock to find out his whereabouts. Finn and Poe lead the Resistance to put a stop to the First Order’s plans to form a new Empire, while Rey anticipates her inevitable confrontation… [Read More]

In Star Wars: RISE OF SKYWALKER, Director JJ Abrams returns to attempt to wrap up a story 42 years in the making. As Resistance Heroes Poe Dameron and Finn attempt to wage ware agains the darkness of the First Order, young Jedi Rey ventures into the far reaches of space to face a deeper evil… [Read More] 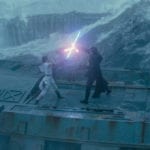 The first words in the scrolling text that opens Star Wars Episode IX: The Rise of Skywalker are “The dead speak!” It continues on with a few things to remind us where the story left off. But those first three words are all we really need, because as the film progresses, the dead will indeed… [Read More] 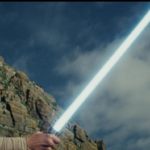 Ever since the Star Wars series began with what was later named A New Hope, the Force has been the main spiritual aspect of the series. It has a very mystical element.

I don’t want to disappoint anyone so please note that “SPOILER” is clearly in the title. I not-so-fondly remember the Friday morning when the first Avengers film came out. I was minding my own business – wearing a Captain America shirt – in Target, when I was approached… and BAM! “Man, isn’t it crazy that… [Read More]

Star Wars: The Force Awakens is a grand return to the galaxy far, far away that we all have come to love over the last 37 years.