You are here: Home / Current Events / Genius Ep. 7 – The Damage of Sin, Visualized 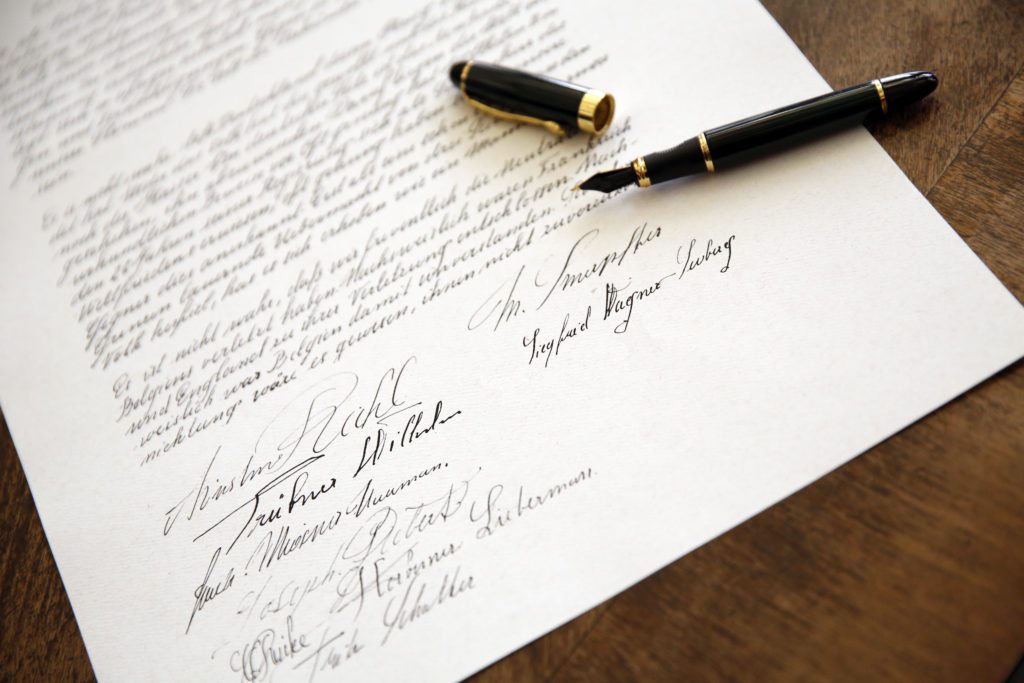 Albert Einstein wasn’t in the greatest mood at the end of the sixth episode of Genius (Nat Geo; Tuesdays 9 PM/ 8 CT).  After seeing his life’s work on general relativity almost discredited due to an error on his part and his wife moving to Zurich with the kids, it’s easy to see why this might be the case. The question was a simple one: how would Albert react?

If you’ve watched the series thus far, the answer is a simple one: Albert simply plowed himself more and more into his work on the theory. He even went so far as to say, “General relativity is everything to me now . . . once I’ve solved it, the rest of life can rush in.” But he receives a surprise when he discovers a mathematician named David Hilbert (Adrian Edmondson) is trying to complete it first and claim credit for himself. Thus begins a rush to complete the computations . . . and Einstein loses the race.  However, Hilbert makes a mistake, allowing Einstein to correctly finish the theory.  There is even word a Nobel Prize could be in Albert’s future . . .

But director James Hawes reveals there are three other issues Einstein has to deal with.  One involves the other members of the Prussian Academy, who are asked by the German Army to sign a war manifesto committing them to helping the cause (see photo above). Everyone signs it . . . except Einstein. This becomes as issue when Fritz Haber (Richard Topol) creates a method to take out opposing forces using poison gas.  Einstein can’t justify Haber’s change of heart and has a falling out with him.  So does Haber’s wife, who kills herself.  Max Planck (Ralph Brown) lamented signing the manifesto when he discovers his son died on the battlefield.

The second issue involves Mileva.  It’s easy to see that Albert cares more about the kids more than her, but he still wants the divorce so he can finally be with his cousin Elsa. Mileva is incredibly stubborn, but she’s still trying to make ends meet for the kids by teaching piano (even though Albert is paying her monthly). Unfortunately, her health issues have caused Albert to visit—but the war is exacting its toll by closing the borders and denying Albert the visit.  Eduard is expecting his dad, but he never comes. 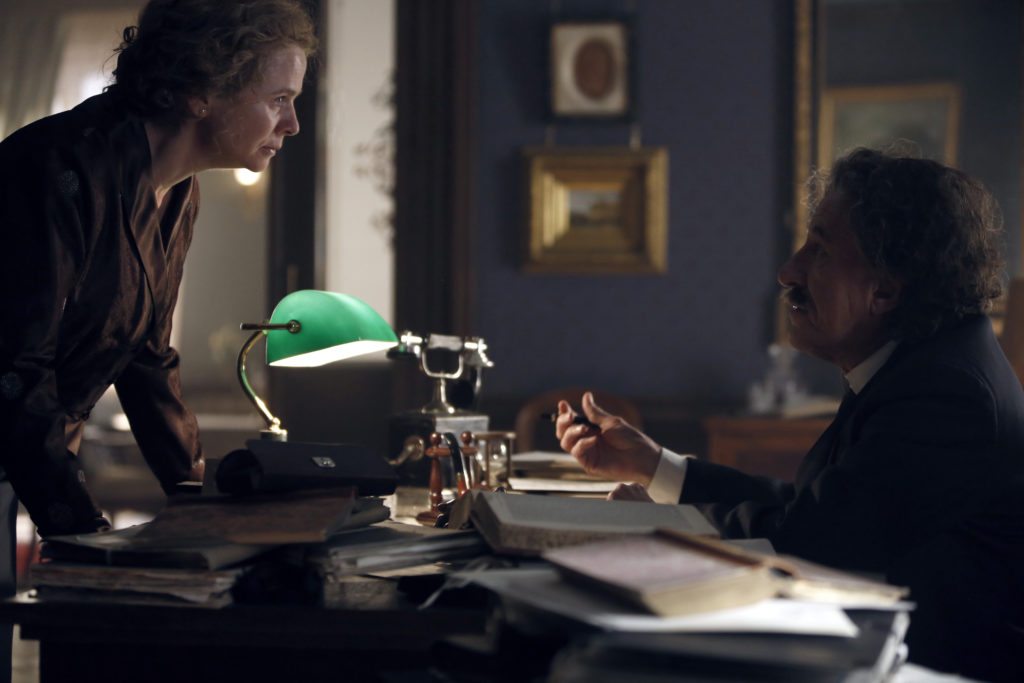 A few years later, we see the long-awaited transformation of the characters to their older counterparts—Johnny Flynn gives way to Academy Award-winner Geoffrey Rush (Albert); Gwendolyn Ellis is replaced by Emily Watson (Elsa), and Samantha Colley’s fantastic portrayal of Mileva moves to Sally Dexter.  It gives Genius the feel that the events of the past have aged the main characters significantly (even if it feels jarring to the viewer).

Albert is finally able to get Mileva to agree to the divorce, but as he tells Elsa, “it comes at a high price.”  That price isn’t just in the form of money (including the significant sum earned if Albert was to win the Nobel Prize), but a permanent loss of seeing his kids.

Finally, Einstein’s theory is proven, but he has to deal with his own league of scientists, including Dr. Lennard, who, in the name of nationalism, attempt to discredit his work.  In a hilarious sequence, a major lecturer beats up on Einstein, not knowing Einstein is in the audience.  What the scientists will do next is for the final three episodes, but somehow Hitler will be involved . . .

One of the biggest takeaways of the episode involves the damages sin can cause.  The scientists’ decision to support the war effort resulted in significant loss of life—especially with Haber’s poison gas cloud.  Justifying that it saved lives still doesn’t diminish the fact that people were killed to make it happen. Haber lost his marriage (and his wife) in the process. Einstein also lost his marriage–and a whole lot more than he bargained for–as a result of his escapades. Even his cousin Elsa had to endure the humiliation and stigma of being singled out during the divorce proceedings by the judge. Sin can be hidden only for so long, but it will eventually be exposed (see Joshua 7 regarding Achan).  And the consequences can be significant.  It is best, as James 5:16 notes, to confess our sins to God (and others) so we can be restored.  After all, Jesus came to die and forgive us of all our transgressions to the Lord and others.  It doesn’t mean there won’t be aftereffects to deal with, but at least one’s consciousness can be cleansed for the future.