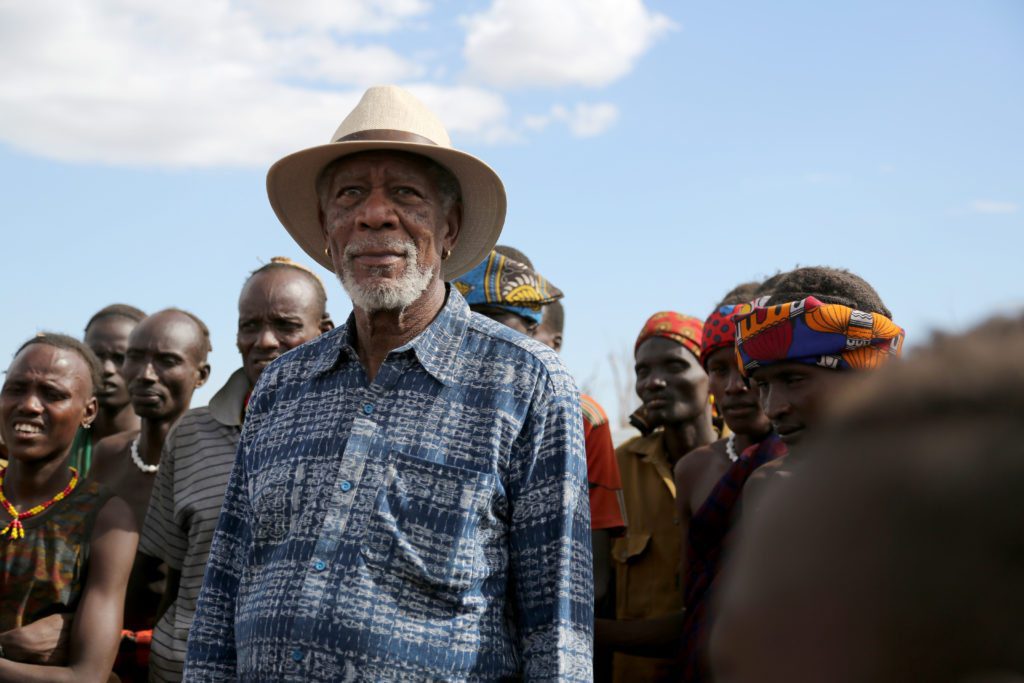 War is not a topic many of us enjoy discussing, and it’s easy to see why. Tensions around the world are currently at a fever pitch as the US and North Korea play a game of chicken over nuclear weapons.  Drone warfare has made it as easy to kill real people as it is to grab a joystick and press a button.  Nobody wants to deal with the effects dueling groups of people can cause—we’ve seen it over and over throughout the annals of history. In the second episode of The Story of Us (National Geographic, 9 PM/8 CT Wednesdays and on demand), Morgan Freeman took a closer look at this issue and discovered some solutions on how to help make lasting peace a reality.

The episode, entitled “The Fight for Peace,” is an interesting juxtaposition of words.  Since Cain killed Abel in Genesis, fighting has been a part of society—for better or worse.  But a lasting peace is always desirable in the end.  Freeman made a trip to Ethiopia and watched two tribes conduct a peace ceremony to end fighting over livestock, pasture lands, and simple theft.  It was fascinating to watch and encouraging to see members of the rival tribes go off together as friends.  Later, Freeman visited Rwanda, the site of a ghastly genocide that killed upwards of one million people in a little over three months.  It took a lot to get things back to something resembling order, but reconciliation is finally starting to occur. 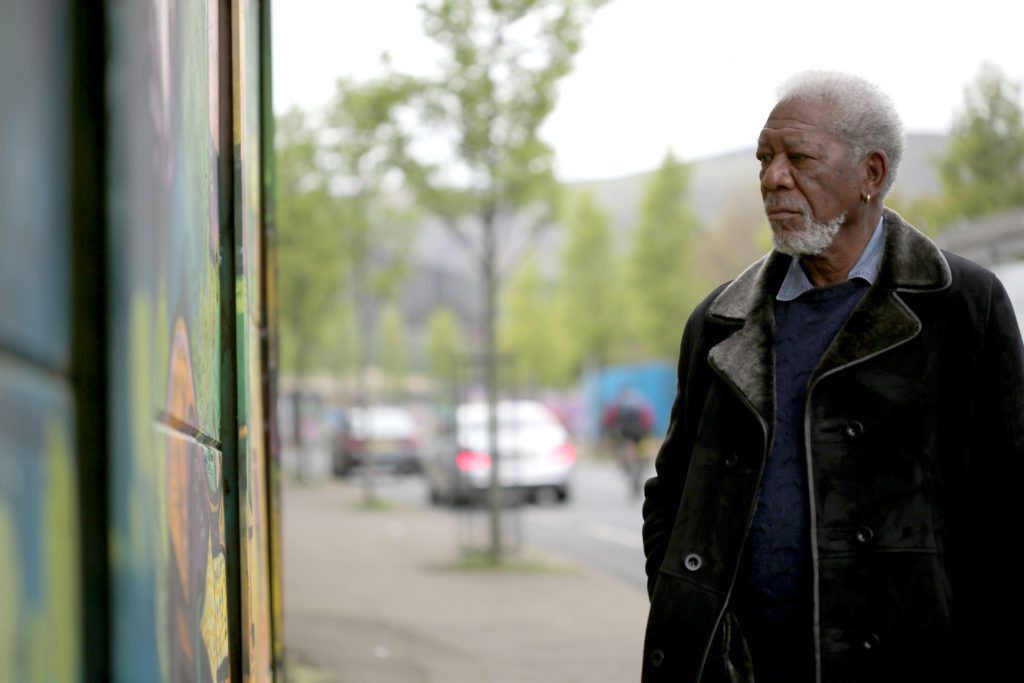 In some places, there is still tension in the air over past events.  One example is in Ireland, where Catholics and Protestants fought for decades and still segregate themselves for the most part (see the picture above of Freeman looking at one of the 30-foot tall Peace Walls).  Being together brings about the possibility of retaliation from either side.  In other cases, some tribes in South America believe the shedding of blood helps to end disputes.  Every year, they get together for a festival and after getting drunk, start fights with fellow tribes intentionally, stopping only when someone bleeds (but not killed).  Violent, yes.  But they seem to think it works.

Yet we know war isn’t the final answer. It’s going to be a worldwide issue until humans breathe their last breath.  So what will it take to keep peace in the meantime?  If we use the takeaways from the second episode of The Story of Us, we’ll have to eschew revenge and focus on communication, reconciliation, and forgiveness.  It might not be the easiest thing to do when we’re wronged, but it’s where God can enter the picture and make a major impression in someone’s life.  The Rwanda story was unique as the two individuals interviewed were from different tribes (and the man had killed the lady’s husband, brother, and two of her kids) and yet with God’s help, there was forgiveness and a peace that simply cannot come as a result of human intervention.

In fact, the apostle Paul told the Roman church the following: “Never pay back evil for evil to anyone. Respect what is right in the sight of all men. If possible, so far as it depends on you, be at peace with all men.  Never take your own revenge, beloved, but leave room for the wrath of God, for it is written, “Vengeance is Mine, I will repay,” says the Lord. “But if your enemy is hungry, feed him, and if he is thirsty, give him a drink; for in so doing you will heap burning coals on his head.” Do not be overcome by evil, but overcome evil with good (Romans 12:17-21 NASB).”

It’s amazing how advice from two millennia ago can still be timely in an age of distrust and uncertainty. May we employ it before it’s too late.

NEXT WEEK: Episode 3: The Power of Love