You are here: Home / Interviews / The Biggest Loser’s David Broome: This Briefcase Could Change Your Life (Interview) 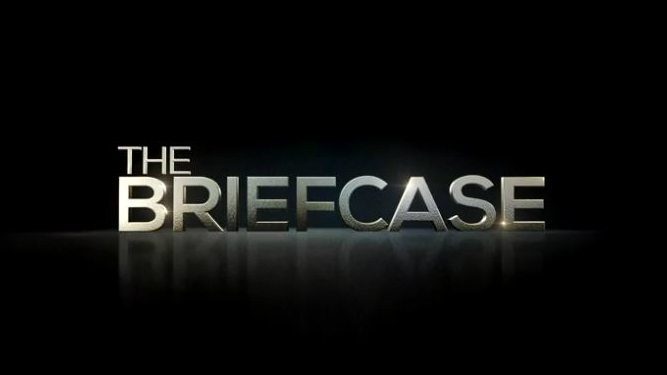 Last week, I tuned in to CBS’s The Briefcase, figuring that the premise might serve up a sermon illustration or two. In the premiere episode, a family is surprised with the delivery of a briefcase holding $101,000. They are told that the money is theirs, and they can decide how much of it to keep. Whatever they don’t spend will go to another family, but they don’t know that the other family was given a briefcase, too. Today, I sat down with Executive Producer David Broome (The Biggest Loser) to talk about putting the show together, the hopes he has for it, and some of the critical backlash.

Broome has made a career out of “transformational television” as he calls it, as NBC’s The Biggest Loser has tracked the inspirational changes in people working to lose weight since 2005, with 186 episodes under its belt. With The Briefcase, Broome says, “Unscripted television works best when you can sit there as a viewer and say, ‘that’s me. That’s my husband, wife, brother, neighbor.’ I wanted to do something that talks about values and what matters most in life. I started with the analogy of scratching off a lottery ticket. If that’s our starting point, you always hear these stories about how these winners are miserable, that the money wasn’t everything. Money doesn’t buy happiness.”

I asked Broome how they put the two main components, the people and the briefcases full of money, together to make the show. “I wanted to do it with middle class Americans, not the very poor or the rich. They didn’t know what we were doing but we said, ‘this money is yours but there’s a decision that goes with it.’ So middle class was the first criteria, with around $66,000 as the average household income. Tonight’s episode with Josh and Susan, two little people, they make $73,000 a year but struggle to pay the bills every day.”

“We wanted to talk about finances but we asked questions like, ‘Do you and your husband argue about money? Do your religious and political views come into play? What kind of people are you?’ The thing is, the show, as you saw, has so little to do with the money. I think it hardly has anything to do with the money. It’s about love and communication and finding a common bond – it’s about all of the things you find in community, and in America.”

The six episodes feature $202,000 being given away weekly. Broome says that money is straight from the network, not sponsor-provided. The money might not be the heart of the show but it’s definitely the issue people were raising, and this executive producer has gone to Twitter, Huffington Post, and blog by blog to engage people in conversation. He’s obviously proud of what the show is doing but he’s willing to engage in conversation with his critics, too. 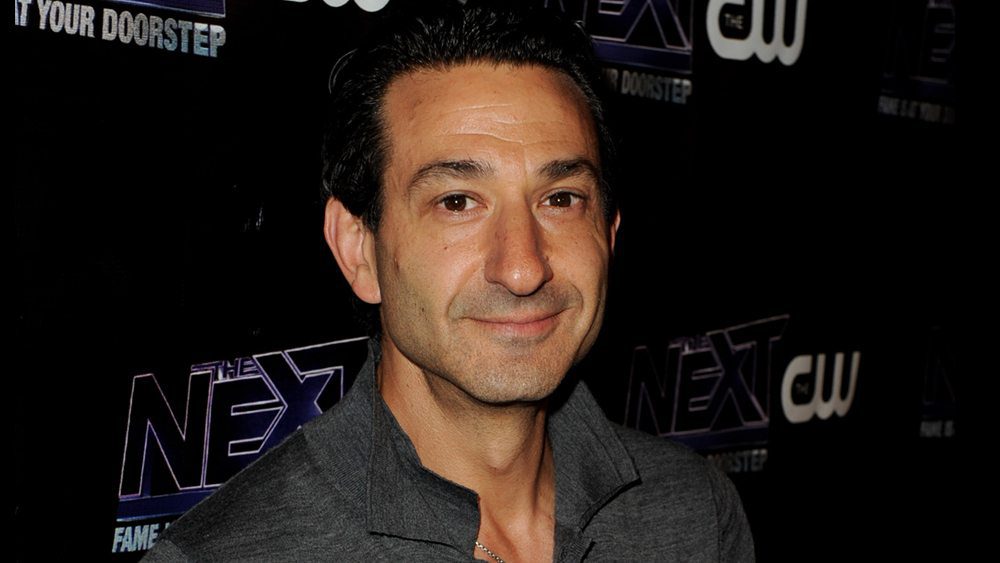 “We were the number one show last week,” Broome says. “Our fans want to watch it with their families and their children. But there are a lot of people who jump on their blogs, cynical people in the media like me before I did this show, who haven’t seen anything more than a promo.”

“The people on our show are not poverty stricken; we’re not pitting them against each other in some kind of game show competition. And every time I’ve reached out to the people [criticizing the show] who will talk to me, they’ve admitted that they haven’t even seen the episodes. That’s frustrating! But the conversations have been good.”

I asked the Californian from Long Island what had surprised him about making the show, and he admits that the show has had more of an impact on him than anything else he’s done. “I found faith in humanity that I never expected,” he says. “These families, it wouldn’t have mattered if I’d popped in unexpectedly; every single day, these families are making sacrifices for their children, for others. Whether it’s not to buy expensive meat so their kids can have music lessons, or sending money to aid people after an international earthquake, these people who don’t even have money to give but are finding a way to contribute.”

Broome was a marketing and communication major at Hofstra University on Long Island, but after visiting California on a family vacation at thirteen, he knew he had to move there. Starting in sports talk radio, he finally branched out into reality television and formed his own company, 25/7 Productions. He knew he wanted to do something different, to tell stories, and reality television was beginning to soar.

“I thought a lot of reality television was just ‘trainwrecky.’ It’s hard to make feel good reality TV shows because no one wants to buy them because they won’t show something without drama or conflict. I’m okay with that as long as the show ends up with a socially redeemable aspect,” Broome says. “My shows either cut into the zeitgeist of what’s in our country or our homes, or what I think is coming down the road.” 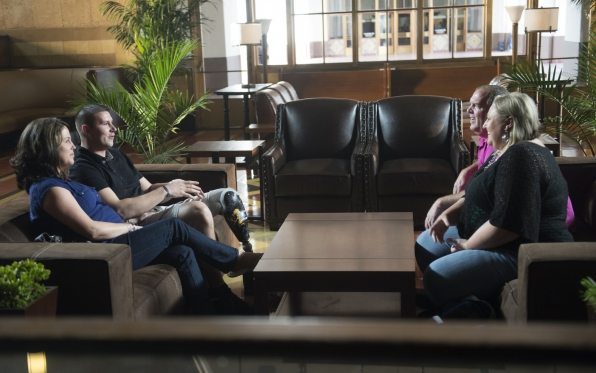 “I’m very motivated by moving an audience. I love making people cry and people laugh. I love affecting people by the stories I’m telling. I’m no prophet but I’m trying to change the world. I believe that reality TV at its finest can inform and educate in a non-preachy way. Those are the shows I want to do. Then I can be proud of what I’m showing my nineteen and twenty-one-year-old daughters who want to follow in my footsteps. I tell them, ‘You’ll have to deal with conflict all the way but be confident in what you’re doing and be able to look at yourself in the mirror.”

I found myself sucked into the show’s first two families last week but I quickly recognized For King And Country’s “Fine, Fine Life” playing in the background of one of the songs. While some of the situations did make me one to ‘tear up,’ proving Broome successful, I was also aware that faith played a role in the decision-making… and the set up. This proved to be one of the more surprising things for the experienced producer.

“Music is a very important part of all of my shows; I’ve been a musician since I was a kid. When I’m putting in songs with lyrics, I want them to match up with what you’re seeing. I want it to be part of the experience. I don’t want to bang it over anyone’s heads but it’s very deliberate. “

“I didn’t realize how much faith would impact every single one of these families. Even the families that are not terribly religious. Next week’s episodes is a Christian, very conservative, Texan, Bible belt family; everything they do is in prayer. But even the North Carolina family in the premiere, they stopped and just prayed. I’m almost positive that every single family stopped to pray together. That was a surprising thing.” 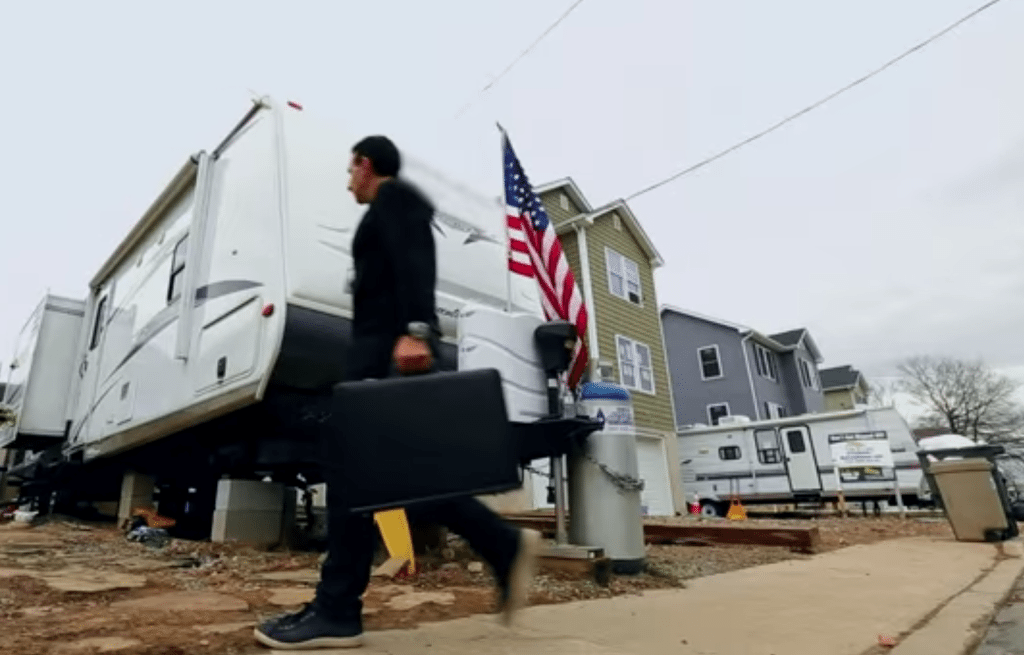 “I had asked them in advance, ‘Do you regularly attend church? Is there a priest, pastor or rabbi involved in their family?’ Except for one family, we have one Mexican family who have a close relationship with their priest, none of them said they did. That showed me how much faith runs through everyone’s veins. It’s heartwarming at every level. I think that’s where the show is grounded at, and why it is so real.”

Tune in tonight to catch the second episode of The Briefcase and then leave your thoughts below. For folks who get caught up in the narrative, keep an eye out for Broome’s next project on NBC, which is currently casting. S.T.R.O.N.G. (Start To Realize Our Natural Greatness) will do the opposite of The Biggest Loser, which gets obese people to lose weight. Broome says that they’ll “take the every day person who gets up and wants to take on the world, and help them transform their body and their mind” in the aspirational competition series.

No matter what happens, David Broome’s shows will definitely make you laugh and cry. Whether you’re changed by what you see… that’s up to you.