You are here: Home / Film / How He Fell in Love – Adultery Has a Cost

“I often wonder what could have been if I had made different choices.”

Films sometimes approach adultery as just another way to find happiness. After all, when you meet someone and fall in love, why shouldn’t you be together. Of course real life is never that simple. How He Fell in Love is the story of a man and woman who meet, fall in love, and begin an affair. But that love, as fulfilling as it may seem to be, is also something that is harmful. 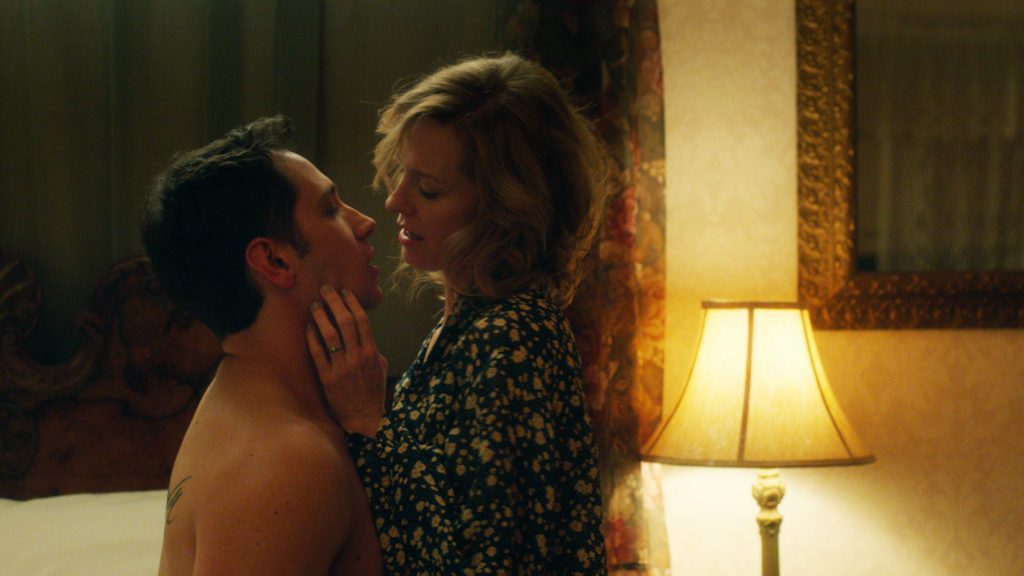 Travis (Matt McGorry) is a struggling musician. Actually, his whole life is a struggle. The film opens at his ex-girlfriend’s wedding. He’s really at a loss to know where his life is going. He doesn’t even take his new girlfriend Monica (Britne Oldford) to the wedding. He gets a ride back to the city with Ellen (Amy Hargreaves), a slightly older married woman who is “on the list” to adopt a child. Her husband Henry (Mark Blum) is often out of town on business. After a few meetings, Travis and Ellen discover an attraction that they choose to act on. Is it possible that they have found in each other someone to fill in the things that are missing in their lives? What of Henry and Monica?

This is a story that takes the costs of Travis and Ellen’s decision very seriously. It affects Travis’s possible future with Monica. But it especially has an impact on Ellen’s marriage to Henry. Ellen is not suffering from abuse or even from neglect. The way Ellen describes their marriage is as something that saved her. But she also says “I have all this stored up energy to love someone beyond him.” In the past, that energy was the basis for her yearning for a child. But when Travis comes into her life, she sees him as an option for all that love. But it isn’t a substitute for the love she still holds for Henry. As such this represents a betrayal that really cannot be reconciled. 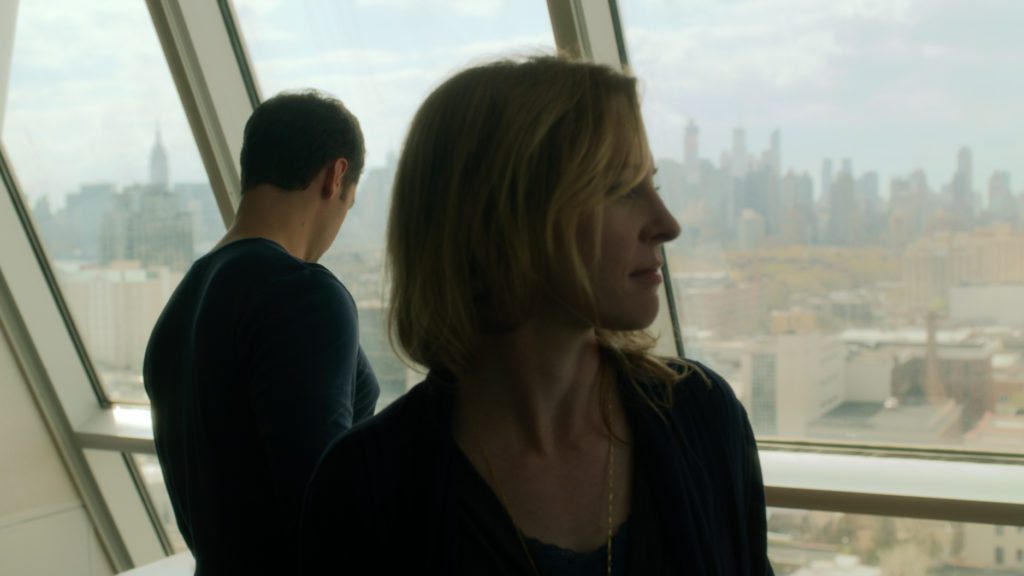 Just as their relationship affects the other people in their lives, it also has an effect on each of them. The dishonesty they live with eats away at them just as it poisons the relationship with those they love. As with such relationships in real life, there is no painless way out of the situation. The only questions are who will suffer and how will they deal with the pain and sorrow.

Photos courtesy How He Fell in Love, LLC