You are here: Home / Film / First Man: Man on a Mission 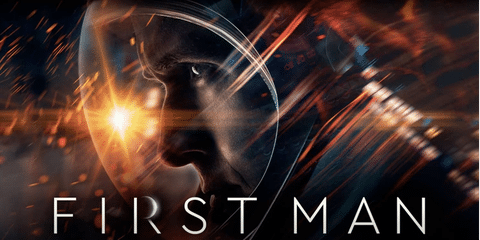 Directed by Oscar-winner Damien Chazelle (La La Land), First Man tells the story of one of the most iconic moments in history as it tracks NASA’s quest to be the first to put a man on the moon. Following the journey of Neil Armstrong (Ryan Gosling), the film explores the human side of the mission, without shying away from the sacrifices and losses that came as a cost for their victory.

In the development of First Man, Chazelle has stated that he wanted to show the intense risk undertaken by the crew and staff in order to make this historic event possible and he certainly accomplishes his mission. Told over the span of 1961-1969, the film does not shy away from the highs and extreme lows that NASA endured during their journey. Through his use of editing and sound design, each launch sequence is equally thrilling and terrifying. Ranging from the noise of the launch to the limited view from the cockpit of the shuttle, Chazelle has sought to help his audience to experience the sheer peril in every moment of the experience. 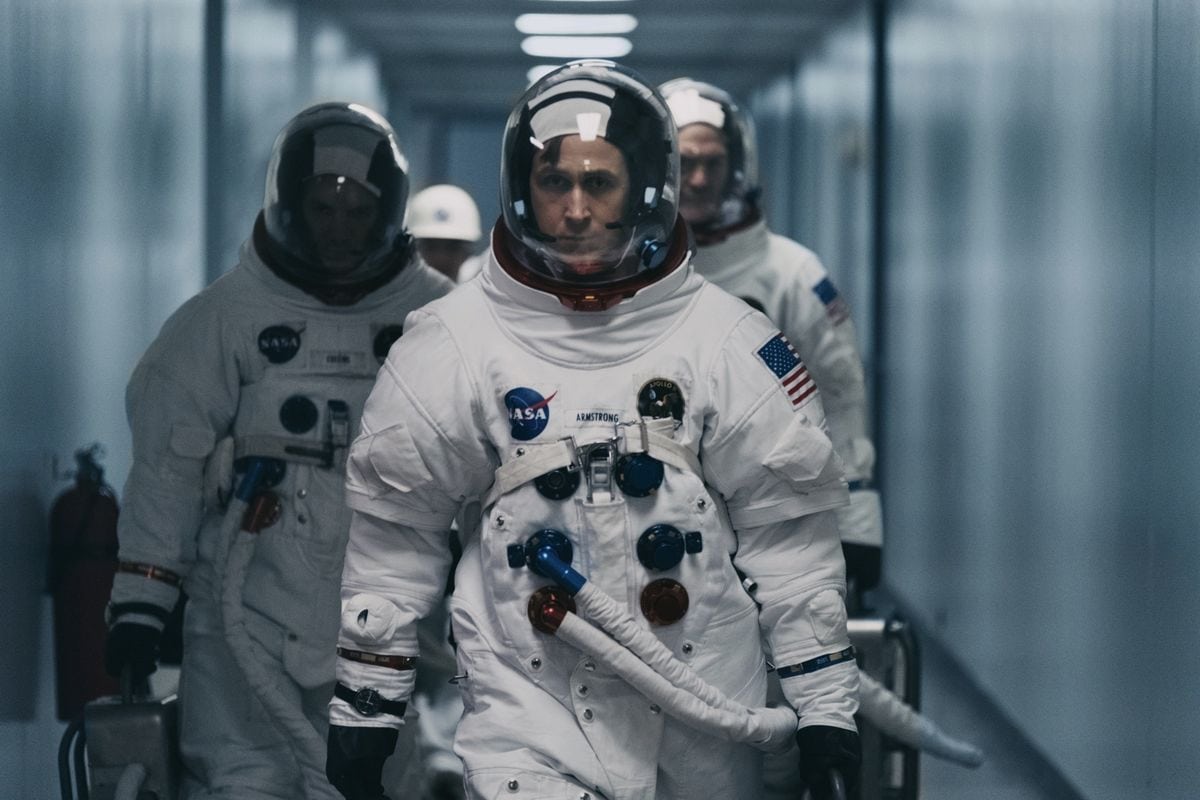 However, rather than focus entirely on the moon landing itself, Chazelle instead allows the Armstrong’s personal battles to inform the narrative. Interestingly, unlike other ‘space race’ films (is that a genre?), First Man spotlights the journey to the moon through the eyes of Armstrong himself, as opposed to the entire team. Although their impact is never ignored, Chazelle is most concerned with Armstrong himself, both for his contribution and the emotional struggles he suffered after a family tragedy.

Gosling handles himself admirably, portraying the legendary astronaut as heroic for his efforts yet struggling with grief and loss. By juxtaposing his family struggles with his passion for the mission, First Man allows one to inform the other. Faced with insurmountable odds, Armstrong is still a man whose soul has been damaged by tragedy and is looking for answers. Is he driven to reach the moon to avoid his pain through achievement? Or does he seek to achieve the impossible in order to stare down the darkness inside him? While his motivations remain somewhat ambiguous in the film insofar as Armstrong rarely speaks from his soul. Still, First Man clearly believes that the two issues are linked in a such a way that the answers impact one another. 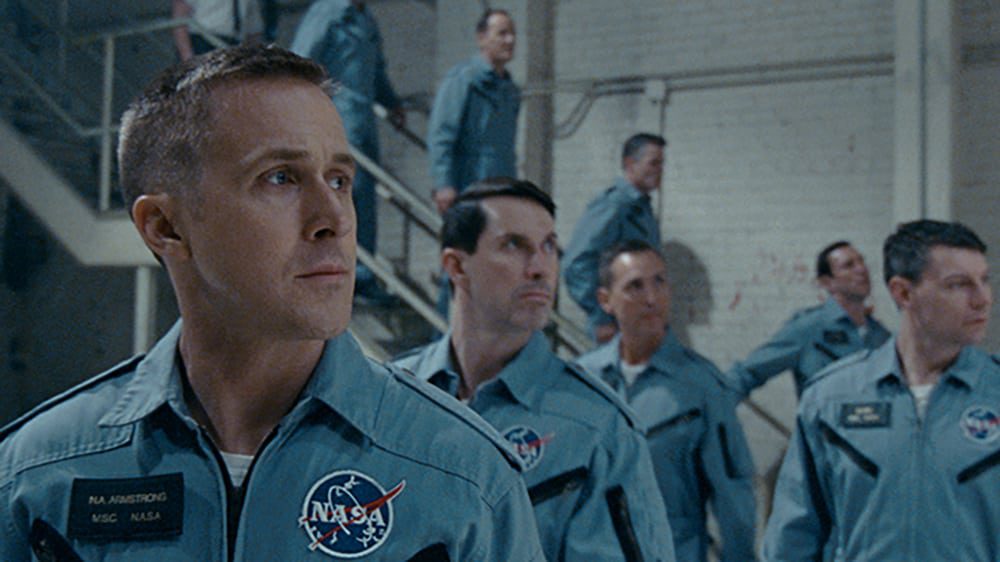 With this in mind, First Man also begs the question of whether or not the sacrifices are worth the glory in the end. Although their quest ends (um… spoiler alert?) on the surface of the moon, there still remains issues at home that need to be confronted. Despite the glory associated with their historic victory, there are personal losses at home along the way that must be weighed in the balance. In midst of global celebrations for their achievement, the challenges of parenting and maintaining a happy marriage with his wife, Janet (Claire Foy, whose performance steals the film) remain very much in the forefront. Armstrong may be a hero to the masses but he is simply a man with responsibilities when he’s at home. As such, First Man serves as a reminder that there can be failures in the midst of successes when we deny the pain of our soul in the process.

In the end First Man walks a thin line between thrill ride and grounded dramatic piece. Wildly different than his previous two films, Chazelle continues to prove his skill and creativity behind a camera by shedding new light on a familiar story. As intense as it is compelling, First Man challenges the nature of heroism in a way that also humanizes the men and women who helped make such a significant moment possible.

First Man is available on 4K, Blu-ray, and Digital HD now. The special features include deleted scenes, and feature commentary by Chazelle, Josh Singer, and editor Tom Cross. Featurettes behind “Shooting the Moon,” “Preparing to Launch,” “Giant Leap in One Small Step,” “Shooting at NASA,” and “Recreating the Moon Landing” take you into the cinematic undertaking, while “Putting You in the Seat” and “Astronaut Training” are featurettes which show the audience what went into the preparation.