You are here: Home / Film / Coming to My Senses – A Study in Determination

When motocross rider Aaron Baker broke his neck (C-4, 5, and 6) in 1999, the doctors told him he had a one-in-a-million chance to even be able to feed himself again. Dominic Gill’s documentary Coming to My Senses recounts Baker’s determination and work to regain movement far beyond what the doctor’s expected, eventually allowing him to walk 20 miles over six days out of Death Valley. 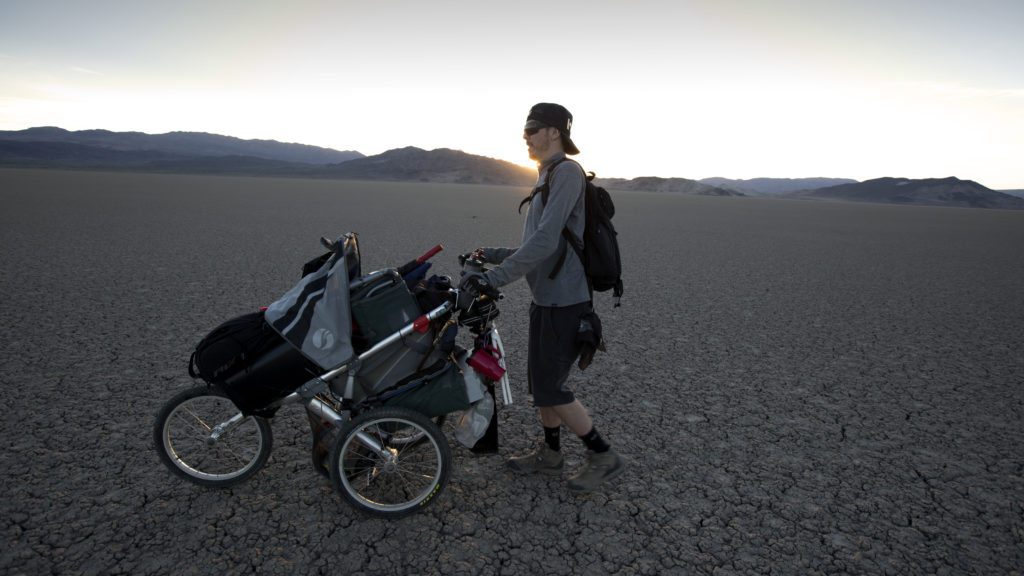 Obviously, it was not an easy task. It took 18 years to reach this point, beginning with him concentrating on moving a toe, through various steps, to reach new levels of activity. Along the way he begins riding a bike—first stationary, then a tandem with another rider, finally to a three-wheel bike at which he excels in competition. The story also has some rocky parts including frustration, depression, running out of insurance, and the lack of places willing to work on such a seemingly hopeless case.

Baker’s determination and resolve is seen in the mission of walking out of Death Valley. With only Gill as a companion (and occasional helper), Baker must concentrate on each step. His routine is when he makes 100 steps, he gets a drink of water. When he makes 1000 steps, he gets to sit. (For the record, the six day walk entailed 78,400 steps). The walk also reflects Baker’s attraction to extreme sports. It may seem much milder than his days in motocross, but Death Valley is no typical 20 mile walk. He mentions at one point that he feels most alive when he is facing danger. 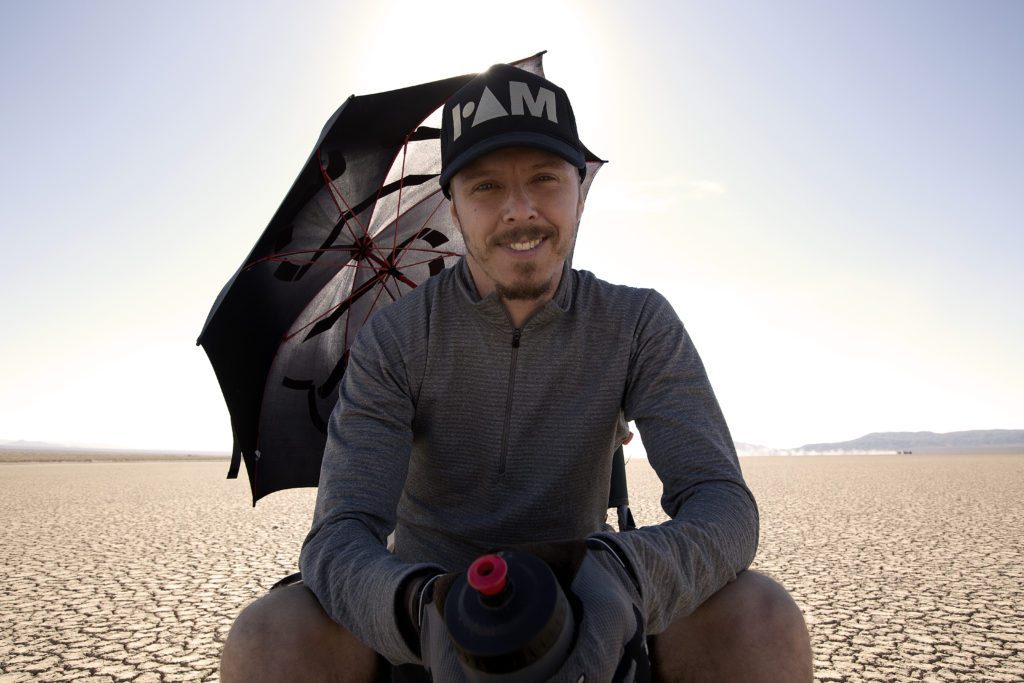 Of course, this story is not just Baker’s story, but also that of those who have worked with him and supported him through the 18 year process—especially his mother. While we may focus on Baker’s determination and perseverance, it is important to note that those qualities are also present in the others who made his accomplishments possible.

Photos courtesy of The Orchard