You are here: Home / DVD / Black Butterfly – The Stories We Tell 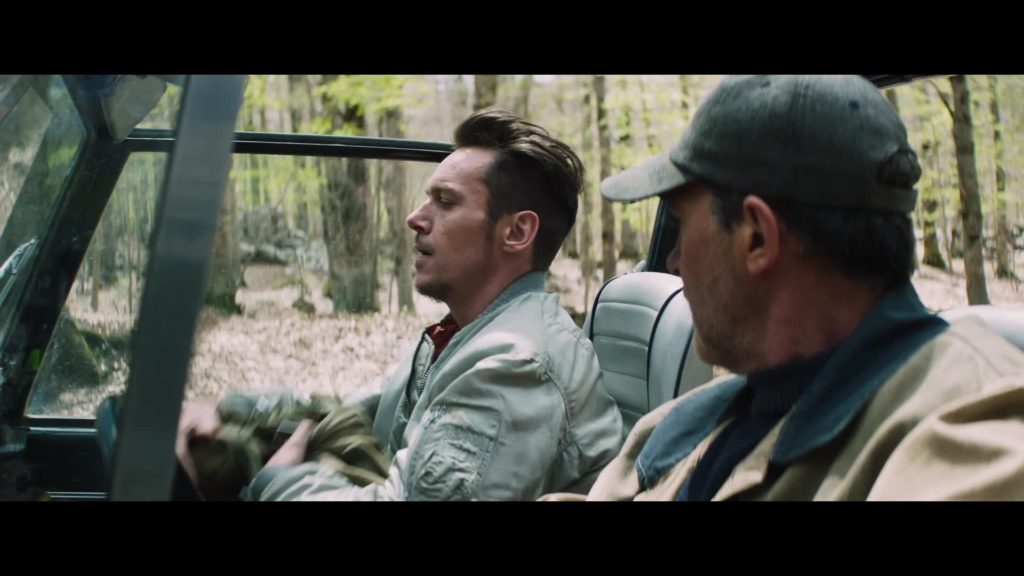 Black Butterfly is a tense whodunit that refuses to give us too much, and keeps us spinning in circles through the final, final twist. Our lens is the viewpoint of Antonio Banderas’ writer, Paul Lopez, whose wife goes missing years prior to the main action. Holed up in a cabin he now feels the need to sell, Lopez struggles with writer’s block, even as the “Roadside Killer” makes innocent people disappear (or die) in the woods around the cabin.

When drifter Jack (Jonathan Rhys-Meyers) saves Lopez from a violent altercation with a trucker, Lopez invites him to the cabin, where mental games and violence erupt. Lopez’ realtor (Piper Perabo) is drawn into the fray, and the chief players find themselves pointing guns at each other as they recognize that their trust is completely broken.

To say much more would be to give away the master strokes at the end of Marc Frydman and Justin Stanley’s script. There’s something to be said for a movie that doesn’t reveal its secrets until the final moments, and I’d just as soon keep it that way. Ultimately, pride comes before the killer’s final fall – the belief that no one will ever catch the killer, that the truth will never get out.

But it always does.

Special features include a “backstage” look and audio commentary from Frydman and director Brian Goodman.