You are here: Home / Film / ‘Twas the Night Before Star Wars 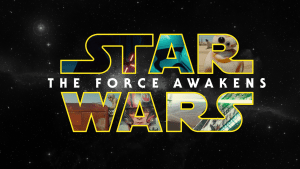 ‘Twas the night before Star Wars and all ‘round the world,

Lay a quiet before storms of fandom unfurled

All the lightsabers were wrapped and grown men had to wait

To play with their brand new remote BB-8s. 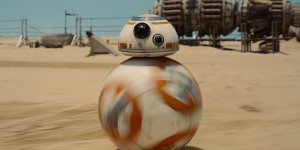 Fans tried to sleep hoping the prequels were flukes

While dreaming ‘bout finding the answer to ‘Where’s Luke?!’

Mama and I are tucked in now in our bedroom suite

(But why she won’t let us use my old Jedi sheets?)

Then up on my Facebook came the beep of great news!

I sprang out of bed just beside of myself,

While grabbing my mint-in-box Han off the shelf.

“You did it,” I screamed to the toy in my hand,

“Thank you Mr. Ford for being Han once again!”

I threw on my coat and ran out into the streets

(But, passing by the garbage, missed my old Jedi sheets…) 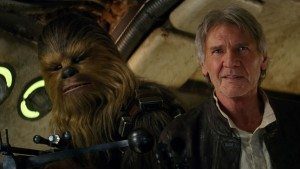 As I skipped down the road in my slippers and jammies

I felt like I’d fought a whole Stormtrooper Army

Though, at the corner, was man looking quite clueless

But, upon closer look, ‘twas a frazzled George Lucas

like your Tonton had died on the Hoth outer rim!

Aren’t you thrilled with the word that the new one is groovy,

Though you sold it to Disney, they are still your movies.”

He groaned like a child with no tires on his trike.

I had to reply and said, “Why are you sad?

Though you’re proud of the prequels, you know that they’re bad.”

I admit I didn’t hear him because I was bored.

He clearly hadn’t given it much thought before.

I stopped him, “Now George, know the old ones were great!

But the prequels were really what sealed your fate.

I know you meant well but you just didn’t think

As you killed off Darth Maul and, of course, Jar Jar Binks.”

The midichlorian counts were scientific, of course,

But the worst sin of all was destroying the Force.

That put the whole story on a slippery slope

And with it, yes, you took our spiritual hope

As fans, we were looking for something more

Than mere marketing that you put in a store.

We just want a story about wrong vs. right

(Even though we are suckers for cool Jedi knights…)”

And parted our ways at the 2 o’clock chime

So to home I returned, somewhat light on my feet

(And reclaimed from the garbage, my old Jedi sheets…)

Quite tired, I snuck right back into my bed

While Kylo and Finn used the Force in my head.

‘Cause, if one things for sure, it’s in JJ we trust.