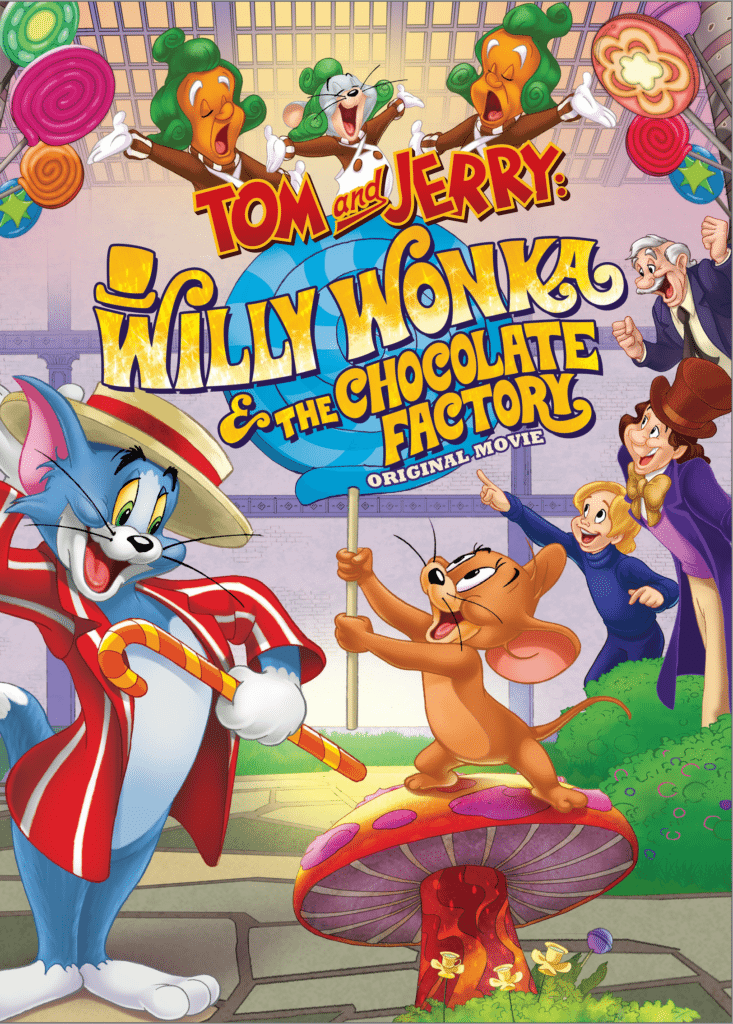 After obtaining one of the magical golden tickets for their friend Charlie, Tom and Jerry go with him to Willy Wonka’s factory to help prevent Mr. Slugworth from obtaining Wonka’s Everlasting Gobstopper. Droopy, Spike, and Tuffy also find their way into the narrative, but this is mostly the story of Charlie Bucket’s adventure inside the pro-dentist/anti-candy world of “too much” with dashes of our normal animated animals thrown in.

While Tom and Jerry have admirably had their adventures in others’ stories, this one fell flat. One of my young co-watchers remarked, “I liked it better when they fought with each other!” Somehow, jamming the duo into Dahl’s storyline declawed the two, forcing them to play the role of observer more than actor; their natural hijinks and mischief gets tampered down in a tale that seems 98% Wonka.

Bonus cartoons on the disc include eight to choose from: Here’s Looking A-Choo Kid, Superfied, Jay Riding Jokers, Cat Got Your Luggage, City Dump Chumps, No Biz Like Snow Biz, The Maltese Poodle, and Castaway Tom.