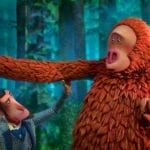 Tired of living alone, Mr. Link (Zach Galifianakis), an 8-foot tall sasquatch, recruits adventurous (and ego-driven) Sir Lionel Frost (Hugh Jackman) to guide him on a journey to find his long-lost relatives in Himalayas. Along with adventurer Adelina Fortnight (Zoe Saldana), the trio face certain death as they cross the globe searching for the fabled… [Read More]

It is important to have a place where you belong—people who journey with us. Or as Qoheleth put it: “Two are better than one, because they have a good reward for their toil. For if they fall, one will lift up the other; but woe to one who is alone and falls and does not… [Read More]

Written and directed by Jason Reitman, The Front Runner follows the story of Gary Hart (Hugh Jackman), former senator of Colorado, becomes the front-runner for the Democratic presidential nomination in 1987. Hart’s intelligence, charisma and idealism makes him popular with young voters, leaving him with a seemingly clear path to the White House. All that comes… [Read More] 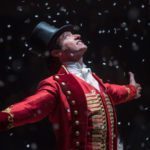 P.T. Barnum watched his father toil in poverty, the family suffering in the shadows of the rich Hallett family. With love for Charity Hallett, and a desire to show the world a vision of joy that they hadn’t seen before, Barnum works hard to embrace a new life for his family. With starts and stops,… [Read More] 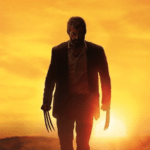 This week on the show, Steve reconnects with Arnaldo Reyes and Peter Adourian to talk about purpose and hopeful death in James Mangold’s LOGAN.  (We may even answer the eternal question: Why Arnaldo doesn’t like Jackman’s Wolverine!) Want to continue to conversation at home?  Click the link below to download ‘Fishing for More’ — some small… [Read More] 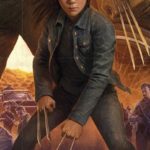 WARNING:  If you haven’t seen Logan yet, there will be spoilers below. Character History First appearing in the animated series X-Men Evolution, Laura Kinney (X-23) quickly became a fan favorite. Created by the top secret organization tasked to duplicate the Weapon X program (the same program that gave Logan his Adamantium bones), Laura was the 23rd… [Read More] 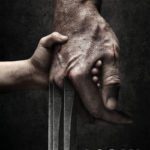 There’s much to be said about an actor playing a particular role in film nine times. In a way, he/she must’ve done something right and even made that particular role nearly iconic. Hugh Jackman has done that, to my dismay (or dislike, however you want to call it). It’s not that I’m not a fan of his…. [Read More] 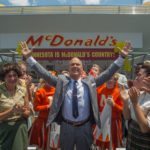 This week on the show, Steve welcomes co-host of the Feelin’ Film podcast, Aaron White, to serve up a hot and fresh conversation about Michael Keaton’s new movie, THE FOUNDER!  Telling the origin of McDonald’s and it’s global empire, THE FOUNDER also has lots to say about the balance between ambition and pride. Want to continue to… [Read More]

Eddie Edwards (Taron Egerton) dreams of the Olympics as a ten-year-old. Unfortunately, he’s terrible at everything. His mother is incredibly supportive; his father is… not. But when Eddie discovers ski jumping, he realizes that he could be the first British Olympian in the sport (since 1929). Against all odds, he pursues his dream. Hugh Jackman… [Read More]

Peter Pan (Levi Miller) is the kid who wants to find his mother before he’s the boy who never grew up. That is, before he never grew up, he was just an orphaned, little boy missing his mother. Imprisoned in an orphanage with the ominously hoarding Mother Barnabas (Kathy Burke), Peter leads a mini-rebellion and… [Read More]