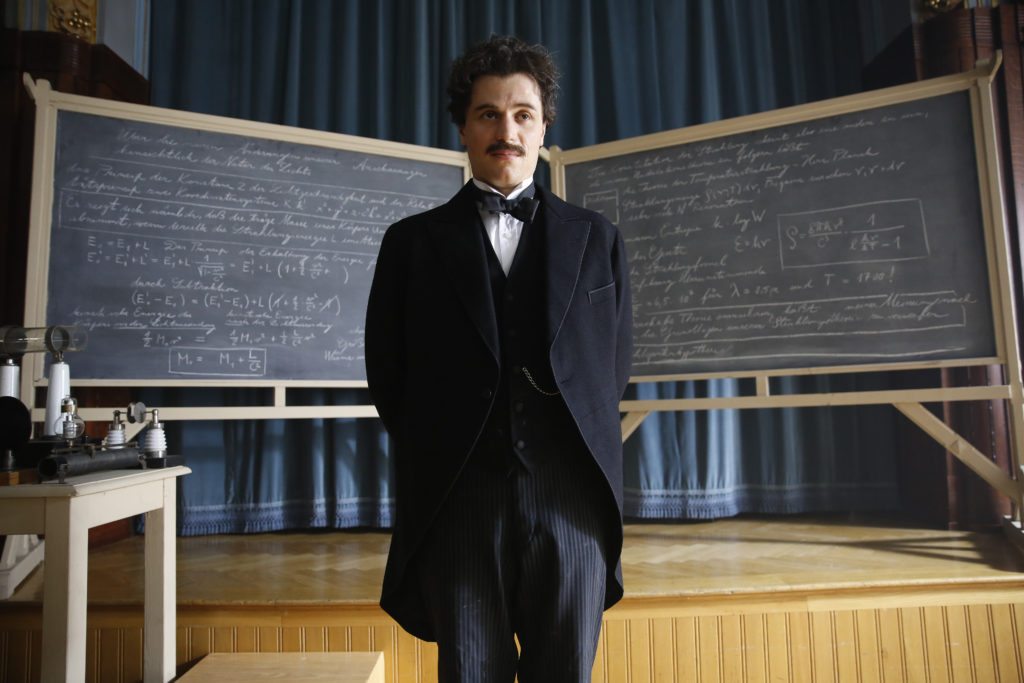 “Of all the mysteries for me, people are the hardest to fathom.”

If there’s been one major revelation from the Genius series thus far (NatGeo, Tuesdays 9 PM/8 CT), it’s that Albert Einstein (Johnny Flynn) has a brilliant mind yet struggles with understanding others.  There are strained relationships all over the place—teachers, colleagues, even his own wife.  In the fifth episode, Einstein’s circle widens to include a new cast of characters who provide additional depth and complexity to the story.  But the same issues from his past continue to plague him.

The episode is broken into three interwoven sections. One continues to follow Einstein’s quest of becoming famous through his research and teaching.  Einstein’s not a great lecturer, but when he skips the formalities of academia, he flourishes.  His general relativity theory has become well-known and he jumps from university to university across Europe, spending time with other important scientists and researchers.  His role of a patent clerk is now but a distant memory. He’s warned by Max Planck (Ralph Brown) to not ruffle feathers in the scientific community, but Einstein doesn’t seem to care.  Pride goes before destruction, and that may or may not be the case here (see Proverbs 16:18).

A second section chronicles his marital relationship with Mileva (Samantha Colley).  Not acknowledging her role in his scientific research seems to have triggered a poisonous atmosphere at home (not that it was great to start with). Mileva is genuinely unhappy in the relationship, as her dreams of fame have been reduced to cooking, cleaning, and taking care of their two kids. When she has a conversation with Marie Curie (Klara Issova) about science, a real sense of joy exudes from her.  But there is a palpable distance between her and Albert, causing her to become almost paranoid about what he’s doing and the mail he receives.  Albert knows there’s a problem as well and discusses it with his mother and cousin Elsa (Gwendolyn Ellis).  This leads to Albert and Elsa taking a stroll in the woods, then sharing a romantic kiss.  By running away from his problems at home, he’s only creating more in the long run.  Asking for forgiveness is a difficult thing to do, but is incredibly important for healing (see James 5:16). 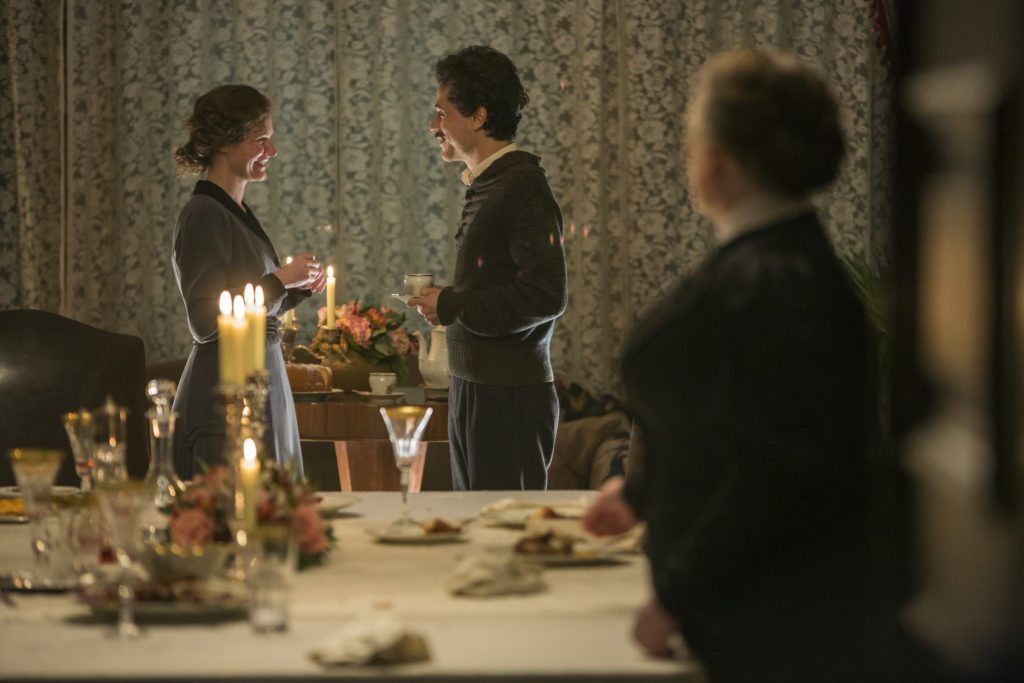 The final portion of the episode revolves around Eduard, Einstein’s second son (Caspar Griffiths). He’s in a mental hospital as a young adult, having jumped out of a window.  Carl Jung (Rod Hallet) talks to him while there and gets Eduard to reveal that he hates Albert.  Perhaps there will be an attempt at forgiveness and reconciliation between the two in a future episode.  Basically, Einstein needs to stop being so egocentric and become humble for a good while.  But will he actually do it?

Albert must make a decision that will affect his career and family in a multitude of ways as the credits roll.  A solitary rose will provide the answer.