You are here: Home / Film / The Wife – Support, Loyalty, and Resentment

This may be the perfect time for The Wife to find its way to the screen. It seems almost tailor made for the Time’s Up movement. Perhaps the fact that Jane Anderson’s screenplay (and Meg Wolitzer’s book it is based on) is fifteen years old reflects the way women have had a difficult time getting their stories out. And this film truly speaks to that issue in a clear and loud voice. 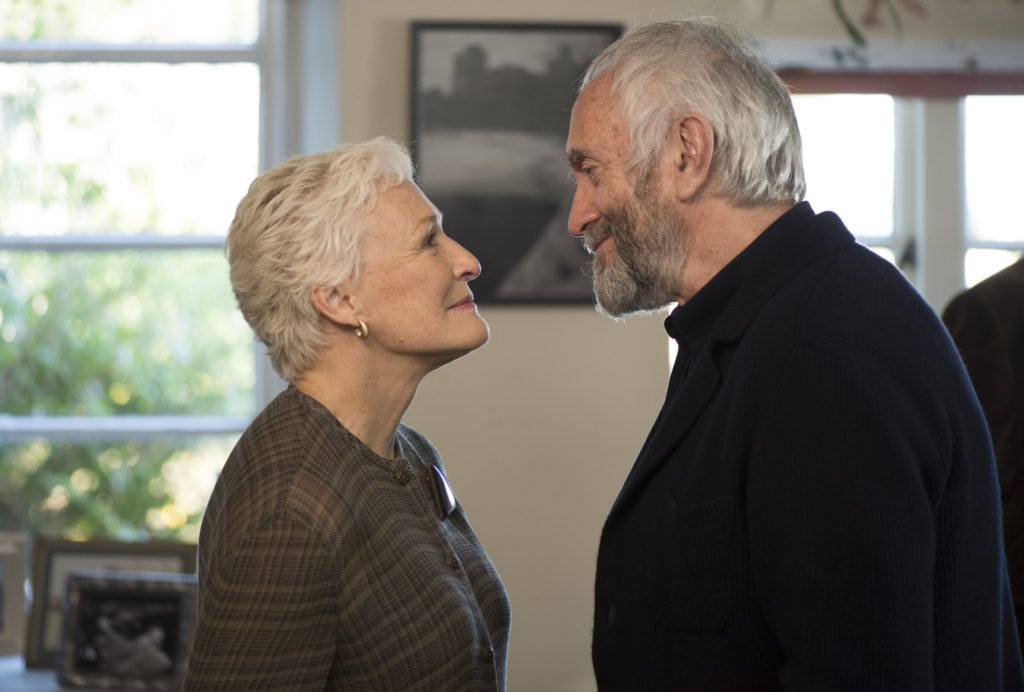 Joe (Jonathan Pryce) and Joan (Glenn Close) Castleman have been together for nearly forty years. They each have their role in the marriage. Joe is gregarious and often quite full of himself. He is a world renown author. Joan is quiet and spends most of her time being a buffer between Joe and the rest of the world—including their son David (Max Irons), an aspiring writer who futilely seeks his father’s affirmation, and Nathaniel Bone (Christian Slater) who is determined to write Joe’s biography—with or without authorization.

(I should note at this point that with this film, the awards season is officially open. I’m sure that actors and filmmakers will be seriously considered by various groups. The lead performance are especially strong.) 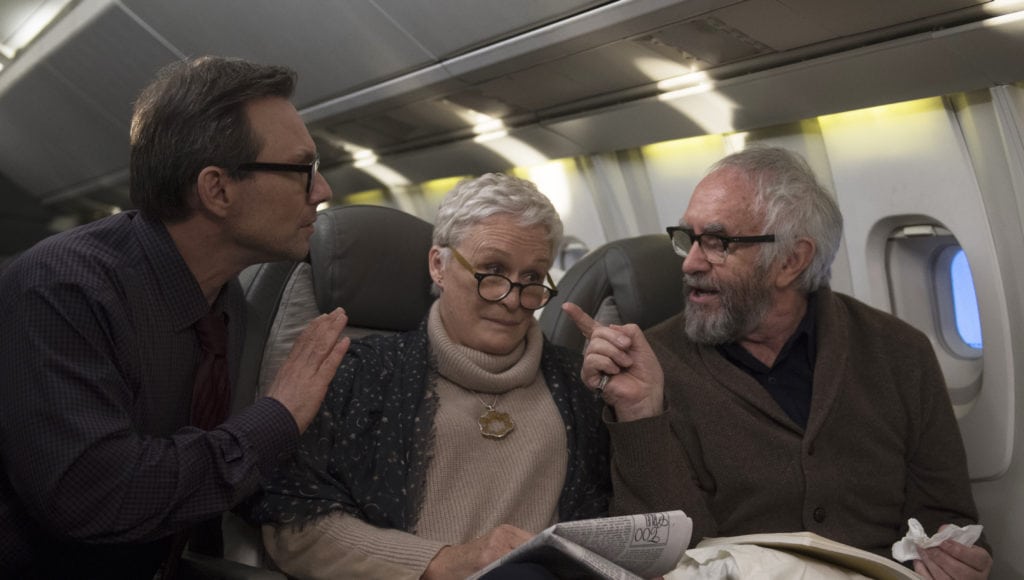 As the film opens, Joe learns he was been awarded the Nobel Prize for literature. This is the pinnacle of a long career. As the couple moves toward the ceremony in Stockholm, however, it becomes a time when long buried resentments return to life. The story shifts between the present and the Castlemans’ past from the time they met in 1958, when Joe taught creative writing to Joan in college and the early years of their marriage and careers. (The younger versions of Joe and Joan are played by Harry Lloyd and Annie Starke.) There are compromises that have had to be made—especially by Joan.

In one of the flashbacks, Joe introduces Joan to Elaine Mozel (Elizabeth McGovern), a woman author who dissuades Joan from following a career in writing because people only pay attention to male authors. Joan believes “Writers have to write.” Elaine counters, “Writers have to be read.” This encounter causes Joan to put her own writing career on hold, but she becomes Joe’s primary supporter as his career begins to flourish. (Just how that support happens becomes a key part of the story.)

Over the years the roles they have been forced into grate on both Joe and Joan. They each have their own ways of dealing with the falsehoods and compromises that have made up their relationship. But as the Nobel ceremony draws near, it brings all the feelings they have held inside for decades to the surface and their family is about to implode. If the key secret that would-be biographer Bone is seeking to reveal were to come out, everything the Castlemans have created could be brought to naught. 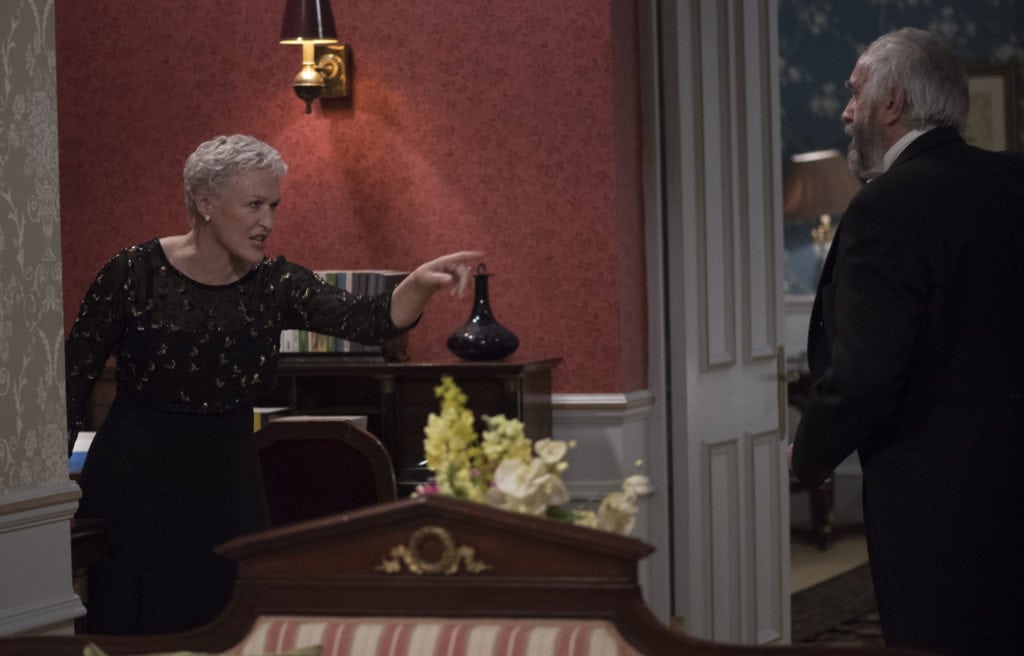 The film reflects the sexism that was intrinsic to the times (and in many ways continues still). The roles Joe and Joan played within the marriage were the social reality of the day. So too was the dismissal of women’s voices in literature. Things may have improved since that time, but it is important that the film never looks at blatant sexism, but rather at the more subtle ways women were (and often still are) discouraged from seeking and achieving full acceptance in not only the arts, but in many (most) professions.

It is this point that makes the film so fitting for a time when Hollywood is struggling to find more ways of bringing women’s talents and voices to the fore. It should be noted that this film involves a number of women in creating this film: the screenwriter who adapted the book of a woman writer, and most of the producers of the film. The film is, however directed by Björn Runge, of whom screenwriter Jane Anderson says in press notes, “[He} is the most feminist of male directors!” The inclusiveness of the production is very much in line with the story it tells.