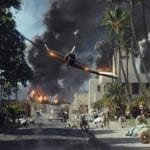 Set in the heart of WWII, Midway tells the dramatic story of the US soldiers and pilots who fought during the Battle of Midway in June 1942. Having remained ‘officially’ neutral in the war, the US found themselves drawn into the conflict after the bombing of Pearl Harbour in December 1941 at the hands of the Japanese…. [Read More] 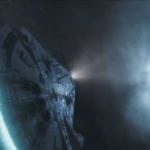 Young Han Solo finds adventure when he joins a gang of galactic smugglers, including a 196-year-old Wookie named Chewbacca. Indebted to the gangster Dryden Vos, the crew devises a daring plan to travel to the mining planet Kessel to steal a batch of valuable coaxium. In need of a fast ship, Solo meets Lando Calrissian,… [Read More] 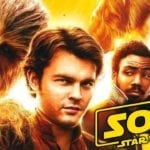 Has the Star Wars franchise peaked? Is it running out of steam? If you listen to some of the voices in the fan base, or certain critics, you begin to get that impression. I don’t think so. On FilmRejects.com, Max Covill states the film “didn’t connect with audiences.” I’ll address that assertion in a moment…. [Read More] 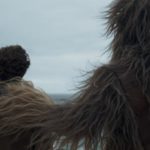 The newest addition to the Star Wars canon is Solo: A Star Wars Story. The question that needs to be asked is will Han Solo’s backstory improve our understanding of the overarching story, or just feed our hunger for all things Star Wars? 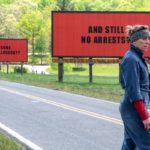 With the release of this week’s Oscar nominations, THREE BILLBOARDS OUTSIDE EBBING, MISSOURI cemented itself as an Oscar favourite with multiple nominations. Starring Francis McDormand and Sam Rockwell, BILLBOARDS is an intense drama (or is it a comedy?) and Steve welcomes back Shelley McVea to discuss the film’s interest in loss, anger and the power… [Read More]

Hail Caesar. Directed again by Matt Reeves, War for the Planet of the Apes picking up 2 years after the events of Dawn and shows that the battle between humans and apes has escalated tremendously.  With multiple casualties on both sides, Caesar (Andy Serkis) is determined to free ape-kind from the attacks of the humans’… [Read More]

This week on the show. Steve welcomes back Shelley McVea to battle Caesar and the WAR FOR THE PLANET OF THE APES! While a part of the original franchise, these latest Apes films have gone in an entirely new direction with an intense energy and focus on what it means to be ‘human’. But does… [Read More]

The idea of captivity is important to the film, although it often seems to be operating in the background. There are physical captives, but there are also emotional spiritual captives. These later forms are perhaps even more dangerous that the physical imprisonment of some.

If the first season of True Detective had found itself in Los Angeles, it might have become Triple 9. In a nearly two-hour heist flick, Australian director John Hillcoat (Lawless, The Proposition) moves around A-list actors like chess pieces. Yes, we’ve seen a group of police officers cross over to the dark side of criminality before, but we’ve never… [Read More]