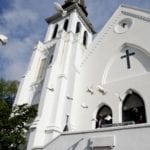 The new documentary, Emanuel, transports the viewer back to Charleston, South Carolina in 2015 where  a 21-year-old white supremacist opened fire in a church. After the attack, nine African Americans lay dead, leaving their families—and a nation—in shock and grief. Two days later, despite their immeasurable suffering and pain, the families of the Emanuel Nine stood in… [Read More] 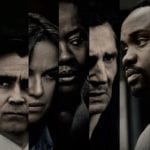 When four men are killed on a failed bank heist, their widows are drawn into the criminal underworld to complete the job. Featuring an all-star cast, Steve McQueen’s WIDOWS is a gripping tale of betrayal, courage and power… but why isn’t it making any money? This week, Steve welcomes Julie and Paul Levac to talk… [Read More] 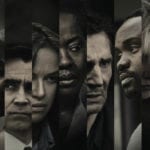 What happens when those that are left behind are forced to clean up the mess of those that have left us? Directed by Steve McQueen, Widows tells the story of a police shootout that leaves four thieves dead during an explosive armed robbery attempt in Chicago. Their widows — Veronica (Viola Davis), Linda (Michelle Rodriguez), Alice… [Read More]

How do you know if someone is a good person? This week, Steve welcomes ScreenFish newbies Shelley McVea and Audra Gray to the show to talk FENCES, starring Denzel Washington and Viola Davis. Want to continue to conversation at home?  Click the link below to download ‘Fishing for More’ — some small group questions for… [Read More] 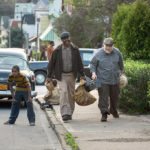