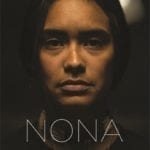 Most of the Michael Polish film Nona seems like a dream. There are new young people who seem to have a wonderful life opening up for them. But for one of them this dream turns into a nightmare. 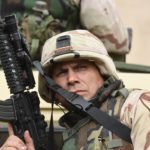 The situation in Sadr City wasn’t getting any better for the soldiers; in fact, it was getting significantly worse. 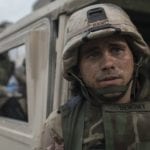 Robert De Niro. Jeffrey Dean Morgan. Kate Bosworth. Morris Chestnut. Gina Carano. Dave Bautista. The cast list reads like a who’s who of good-but-not-great films that have littered the landscape of early spring and late summer. All of them have been in something spectacular, but bringing them all together echoes with the late-breaking career of Morgan Freeman… [Read More]

Most films culminate in a big screen moment, whether it’s the dramatic reunion of long lost loved ones or the explosive battle royale. 90 Minutes in Heaven is that rare film that starts at the end, and then moves forward to what comes after that. Under the artful direction of Michael Polish (Big Sur), Hayden Christensen and Kate… [Read More]

In August, over the course of seventy-two hours, I watched the fascinating (and creepy) thriller Amnesiac, followed by the based-on-a-memoir biopic 90 Minutes From Heaven. I quickly realized that even though the two films were wildly different, they both starred the effervescent Kate Bosworth under the direction of her husband, director Michael Polish. So, I did what any inquisitive… [Read More]

In a creepy, surreal thriller directed by Michael Polish (Astronaut Farmer, 90 Minutes From Heaven), a man awakens after a car accident to find himself without memories and locked in a house by a woman who demands he provide her with a child. Wes Bentley (Hunger Games, Interstellar) plays “Man” and Kate Bosworth (Still Alice, Home Front)… [Read More]