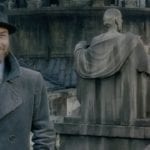 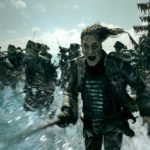 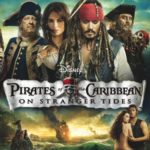 This weekend, Pirates of the Caribbean: Dead Men Tell No Tales (Salazar’s Revenge in the UK) comes out in theaters. The last time Disney released a Pirates movie, it was a bit of a disaster. Or was it? [Note: This review contains spoilers, and was written with the assumption the reader has seen the film.]… [Read More] 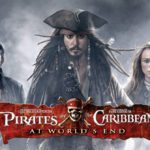 Jack Sparrow is taken, body and soul, to a place not of death, but punishment. The worst fate a person can bring upon himself. Stretching on forever. That’s what awaits at Davy Jones’ locker. Theologians have long debated the existence and nature of Hell. Tia Darma’s words (meant to explain why she could bring back… [Read More] 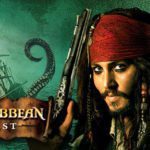 The Curse of the Black Pearl began with a ditty created by George Edward Bruns and Francis Xavier Atencio for the Pirates of the Caribbean attraction at Disneyland. Dead Man’s Chest early on uses Robert Louis Stevenson’s “Dead Man’s Chest” from Treasure Island. Can you build good movies from ditties? I will leave that for the viewer… [Read More]

ScreenFish’s ‘month of magic’ concludes with a look at J.K. Rowling’s FANTASTIC BEASTS AND WHERE TO FIND THEM! This week, Steve is joined by returnee Allen Forrest to talk about magic, truth and fear of the unknown. Want to continue to conversation at home?  Click the link below to download ‘Fishing for More’ — some… [Read More] 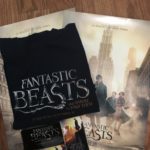 Are you excited about Warner Bros. magical movie, Fantastic Beasts (and Where to Find Them)?  So are we! To help get you ready to journey with Newt Scamander and friends, we have a great giveaway opportunity for you!  (And YES, this one is open to BOTH residents of Canada and the US…)  This prize pack includes a… [Read More]

The opening credits point out that the film is “based on characters from Lewis Carroll” rather than on his books. And the story that unfolds in this film is not from his writings—although at times it may reflect a bit of his way of playing with logic.

Johnny Depp was the face of evil in 2015. There, I said it. Thanks to the 2001 non-fiction expose, Black Mass: The True Story of an Unholy Alliance Between the FBI and the Irish Mob, Depp delivered a magnificently wicked performance as Whitey Bulger. (The only other film that came close to that was Denis Villeneuve’s Sicario,… [Read More]

Is peace even possible? The Umpqua Community College has my Facebook feed in its grip, not because of its desire to “be the center for quality teaching and learning, and a key partner in the wellbeing and enrichment of our communities,” but because of the violence which encroached on the campus’ safety and wellbeing last… [Read More]