This is the 10th anniversary of Disneynature creating documentary films about our planet and its inhabitants. This year’s offering (as always, being released for Earth Day) is Penguins. And as with previous Disneynature films, they will make a donation to Wildlife Conservation Network for every ticket sold during the opening week (April 17-23). The Disneynature… [Read More] 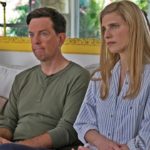 I Do… Until I Don’t follows a filmmaker named Vivian (played by Dolly Wells), as she’s making a documentary about marriage and its challenges.  She focuses her film on three dysfunctional couples – Lake Bell and Ed Helms, who are trying to have a baby, Amber Heard and Wyatt Cenac, who have more of an… [Read More] 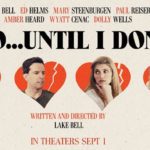 As Vice President of Cold Iron Pictures, producer Amanda Marshall admits to being most passionate about projects that tell stories in unusual ways.  Having had indie success with films like Diary of a Teenage Girl and Swiss Army Man, Marshall’s goal is to find projects that push back against the norm. “I look for something… [Read More]

Love the Coopers isn’t a great film but it has its moments. An ensemble tale revolving around Christmas and the breaking down of the parental relationship within the Cooper family, the film puts the pieces together in a way that provides a few laughs and some serious soul searching. The audience’s appreciation will be directly related… [Read More]

Everything old is new again, right? In July, Warner Bros. released the sequel to the original 1983 National Lampoon’s film. Now, fans of the series can own their own copy on Blu-ray, DVD, or Digital HD. As a fan of the films, especially Christmas Vacation, I can assure you that the film follows in the same… [Read More]