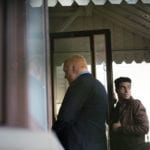 Written and directed by Ricky Tollman, Run This Town takes the viewer behind the scenes of Toronto’s political system under the leadership of Rob Ford (Damian Lewis). When Ashley (Nina Dobrev) begins her time on Ford’s staff, she is quickly taken under the wing of Kamal (Mena Massoud), right hand to the mayor and his chief spin… [Read More] 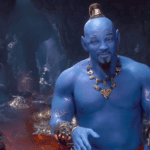 No, he’s not like Robin Williams… and that’s okay. Ever since Disney released the first trailer for Aladdin, their latest—and second of four this year(!)—live-action remake of their own animated property, the #1 issue on the Twitter-verse has been the questions surrounding Will Smith’s portrayal of the Genie. Originally made famous by the wildly frantic Robin… [Read More]

By now, if you haven’t seen either the 1992 Walt Disney animated feature film, the Broadway musical, or the children’s repertoire performance of Aladdin, you’ve probably been living in the Cave of Wonders. The truth is that this adaptation of One Hundred and One Nights is more magical, musical, and enchanting than anything else we could’ve imagined. Maximizing the… [Read More]