You are here: Home / #tbt / Old School Noir: While the City Sleeps and Beyond a Reasonable Doubt #TBT 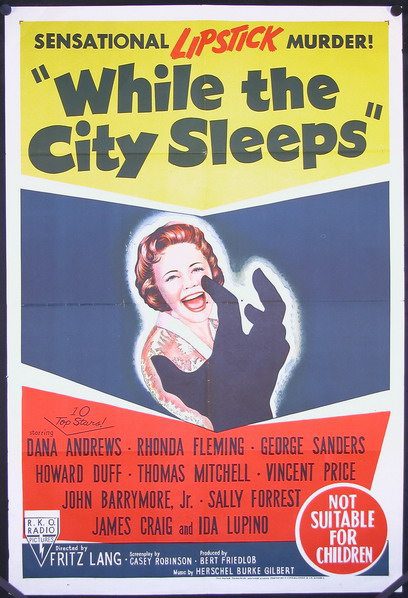 Warner Bros.’ Archive Collection releases, Beyond a Reasonable Doubt and While the City Sleeps, are the latest in a batch of ‘old school’ dramas in black and white that film fans will investigate for nuggets of past glory and drama. In the first, a newspaper reporter sets out to expose the fragile, tenuous state of the laws deciding capital punishment; in the second, the Lipstick Killer draws the attention of three newspaper men vying for a bigger role in their company – catching the Killer means getting a promotion.

Both films come from legendary director Fritz Lang, marking the end of his Hollywood run in 1956. (After twenty years, the German filmmaker returned to Europe and made a few more films, returning to the roots he’d first set down with M and Metropolis.) But these two films show the final stages of Fritz’s American run (Fury, The Big Heat), as he tackles unlikely everyday people in the midst of extreme situations, with star Dana Andrews front and center in both. 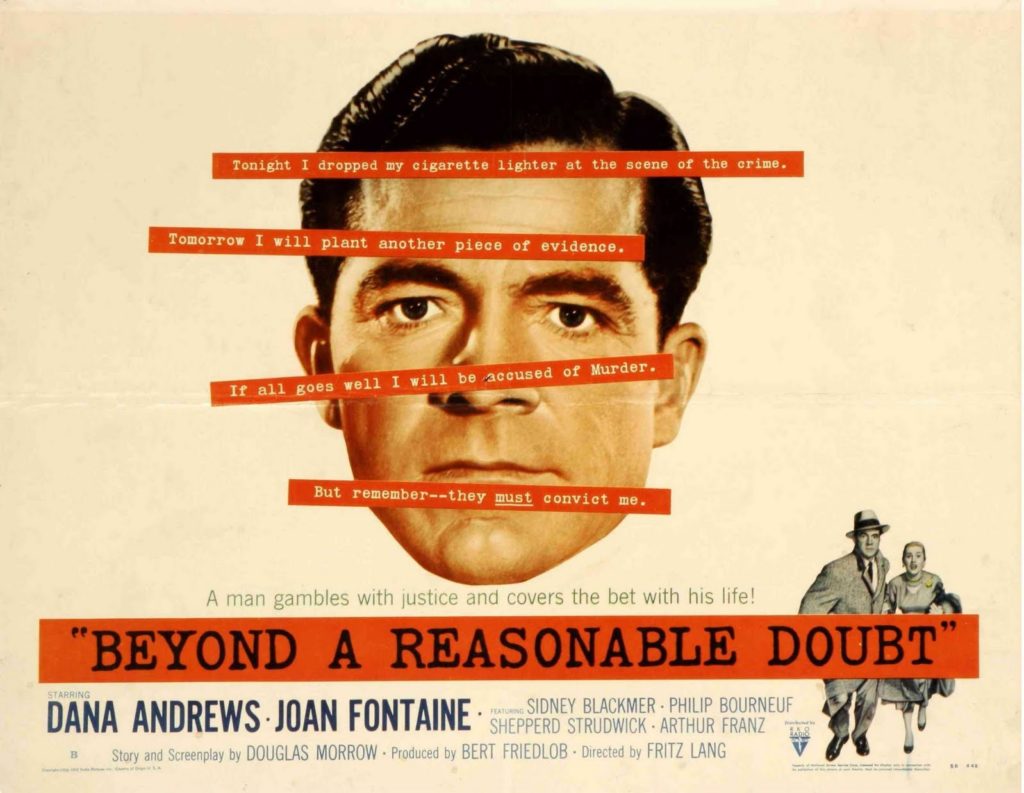 In Doubt, a newspaper publisher puts his daughter’s fiancee, Tom Garrett (Andrews), up to framing himself for the murder of a nightclub singer, attempting to show the ridiculousness of circumstantial evidence. But then the publisher dies, killing Garrett’s alibi and evidence, and Garrett finds himself on trial. Things that seem so easy rarely ever are. [Yes, this is the film that Michael Douglass, Jesse Metcalfe, and Amber Tamblyn remade in 2009.]

In Sleeps, the pursuit of power and prestige leads three men into pursuing an actual evil, but they’re entering a world they can’t imagine or completely understand. They’re the prequel to Jake Gyllenhaal’s Nighcrawler, a crossing over of the news from reporting it to making it. Ironically, that still seems pretty relevant in light of “fake news” and the agenda-ized way in which news reports have been bought and sold by the agendas behind them. Here, the manipulation by the newspaper heir (Vincent Price) pushes three men down a dangerous path thanks to their ambition.

While neither of these films is as explicit as what you would normally find today, that’s the beauty of what it means for Lang to spin a story of dread and fear without the in-your-face moments. These are classics, and powerful stories, of what it means to pursue something and lose oneself in the meantime.