You are here: Home / Film / Manhattan Night – A Twisted Tale of Twisted People

Manhattan Night is a trip back into the feel of classic noir. Based on the novel Manhattan Nocturne by Colin Harrison, this film has the hard-nosed, soft-hearted protagonist pulled into a world of twisted characters and a very twisted plot by a femme fatale. He must try to set things right without losing either all that he holds as valuable or his life.

Porter Wren is a columnist for a big newspaper who writes stories about terrible things, but often from a heart-tugging human interest side. Some time back, he made a name for himself by finding a missing girl that the police were unable to find. He has seen so much of the dark side of life that he has developed a cynical façade for protection. He says, “I used to think my stories mattered, but now I hope they make enough to feed my family.” He lives with his wife (Jennifer Beals) and children in a house hidden away from the world. He goes there to shut out all the evil of the streets, but soon that evil follows him there. 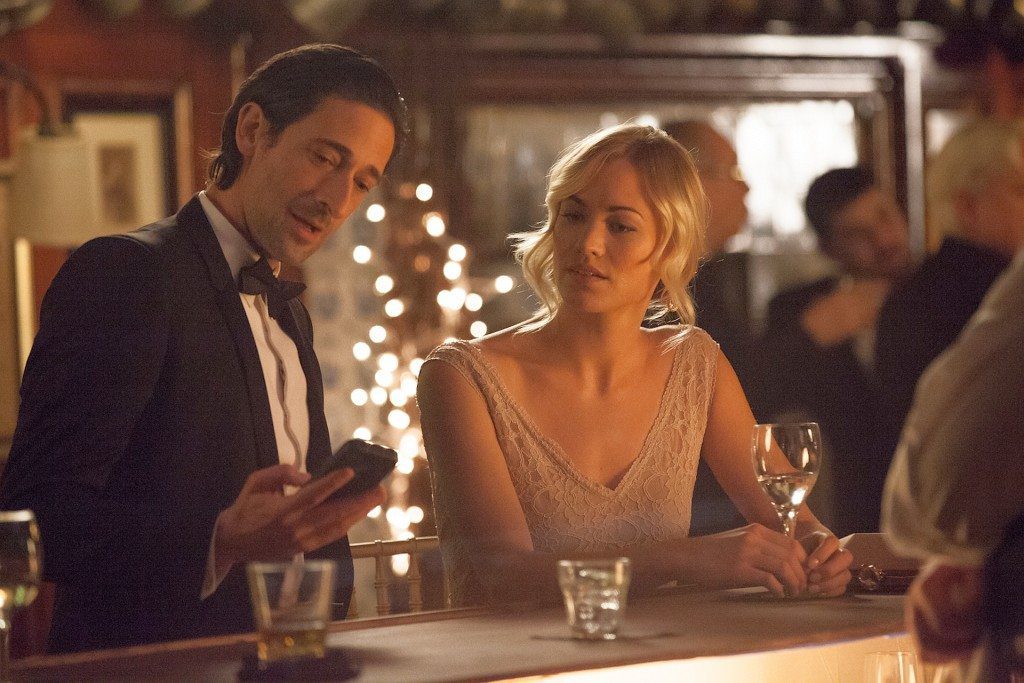 When he meets Caroline Crowley (Yvonne Strahovski) he is immediately struck by her beauty. She asks him to investigate the unsolved death of her husband Simon (Campbell Scott), an eccentric filmmaker whose body was found in a demolished building. (That locked-door mystery is really only secondary to the rest of the plot.) As he gets immersed in the mystery of Simon’s death, he also becomes entangled with Caroline, emotionally and sexually. When his new boss asks him to investigate Caroline, the whole plot begins circling on itself—not unlike classic noir films such as The Maltese Falcon. Each twist in the plot allows us to see more of the twisted lives of the people involved. The depravity deepens scene by scene. Porter may think he is immune from the darkness he is encountering, but how can he not be defiled by it all?

The perversion that grows around him threatens all that he holds dear. In part, that is represented by his secluded home. It is a haven filled with love. It is literally walled off from the outside world. But what if he begins to bring the darkness he is encountering home with him?

What made Porter so interesting is his belief that he is cynical. Although he tries hard to be, underneath there is a foundation of romanticism and optimism that propels him through the story. He still wants his stories to make a difference. He is in it for more than feeding his family. He has a sense of morality, although he often fails to live up to it. It is because he really isn’t as cynical as he thinks he is that he can be used by the others in the story. He wants to bring harmony to this convoluted situation, but how can that be possible when so many of the people he is dealing with care only for themselves? His supposed cynicism is only a veneer that covers over his vulnerability. Others seem to sense this and take advantage of his nature.

At the heart of this and most noir films is the conflict within human nature. Are we basically good or evil? Porter has seen plenty of the bad things of life to know that terrible things happen—often done by monstrous people. But he has also seen people who have acted heroically and selflessly for others. He wants to be the latter type of person, but when surrounded by the evildoers, how can he stand against them? Is the basic goodness he wants to claim enough to withstand all the world can throw at him? Is ours?