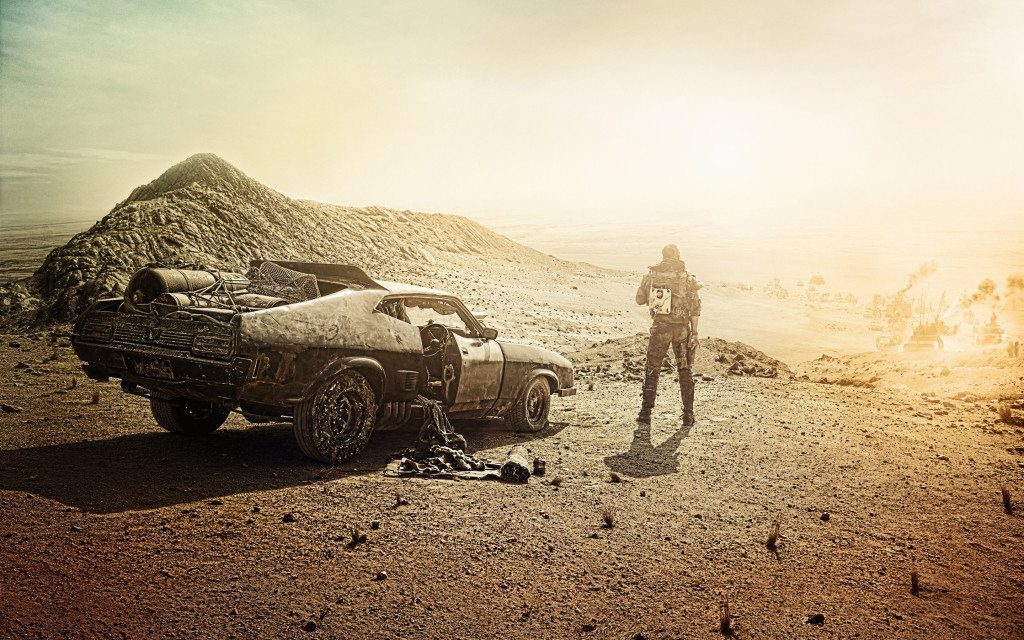 When we meet Mad Max (Tom Hardy, for the first time), he is wrestling with a vision of the past. He hears cries for help, and sees those he has lost along the way. We know who he is because we’ve seen the previous films by George Miller (ironically enough, Babe, Happy Feet 1 & 2… and the Mad Max trilogy), but his name isn’t uttered until the closing stanza of the film. Max is a man without a community, a man without hope, a man desperately in need of redemption, even though he’s not proactively seeking any of the three.

Soon, Max has run afoul of Immortal Joe (Hugh Keays-Byrne) and one of his crazy-eyed henchman, Nux (Nicholas Hoult). But Max is not alone: he’s tied to the welfare of Imperator Furiosa (Charlize Theron) and a band of women who Furiosa is stealing/freeing from Joe. Joe believes that these women are his property (and has impregnated a few of them), controlling his ‘tribe’s’  water, gasoline, and future as well.

Bouncing off of walls and other vehicles of mass destruction, Miller’s script is linear in its own way, but it’s also multilayered. Bombastic visuals make up for a dearth of dialogue, rocketing the audience (especially the 3D one) along through a series of battles, chases, storms, and other calamities, leaving us feeling like we’ve survived a desert storm (war). Elements reflect other post-apocalyptic fare like The Book of Eli and one wonders if the character of Max himself was necessary for the film’s greatness. Could we have been enthralled, enticed, invited in if it had been merely a “world gone bad”? Max himself is not even necessarily the figure we find our eyes riveted to… 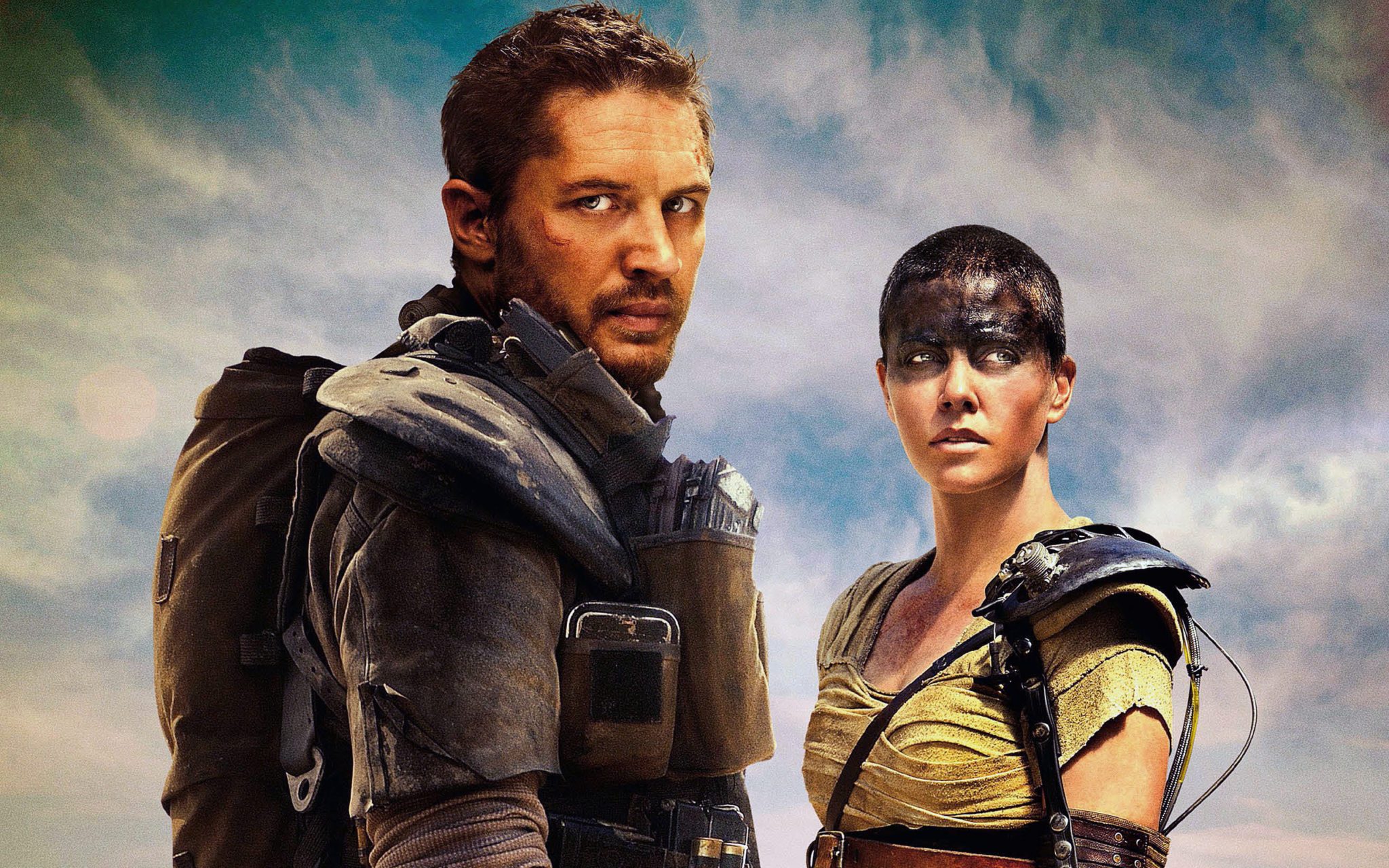 Furiosa is herself a stunning character, and not for her beauty or charm. Like other Theron characters before her, she has been stripped of her more feminine nature and held up as an individual ripe with character and strength. She is Miller’s Ripley, the one-armed driver who has a vision for the future, while Max only has visions. She is the moral compass, the driving force, making this Max character seem more like a “reboot” than a sequel storyline. It’s as if he must learn to be human all over again, after the devastating events of Tina Turner’s Thunderdome.

Instead, our heroine is the one who recognizes what it takes to make hope a reality, even if she needs help to see it through. Furiosa believes in the “Green Place,” part-utopia, part-nostalgic past. She’s the one who attempts to intercede on behalf of the Five Wives of Joe, to say that they are not cattle, or property, or baby-producing machines. Initially, and most of the way throughout, Max is merely an additional gunhand, along for the ride. 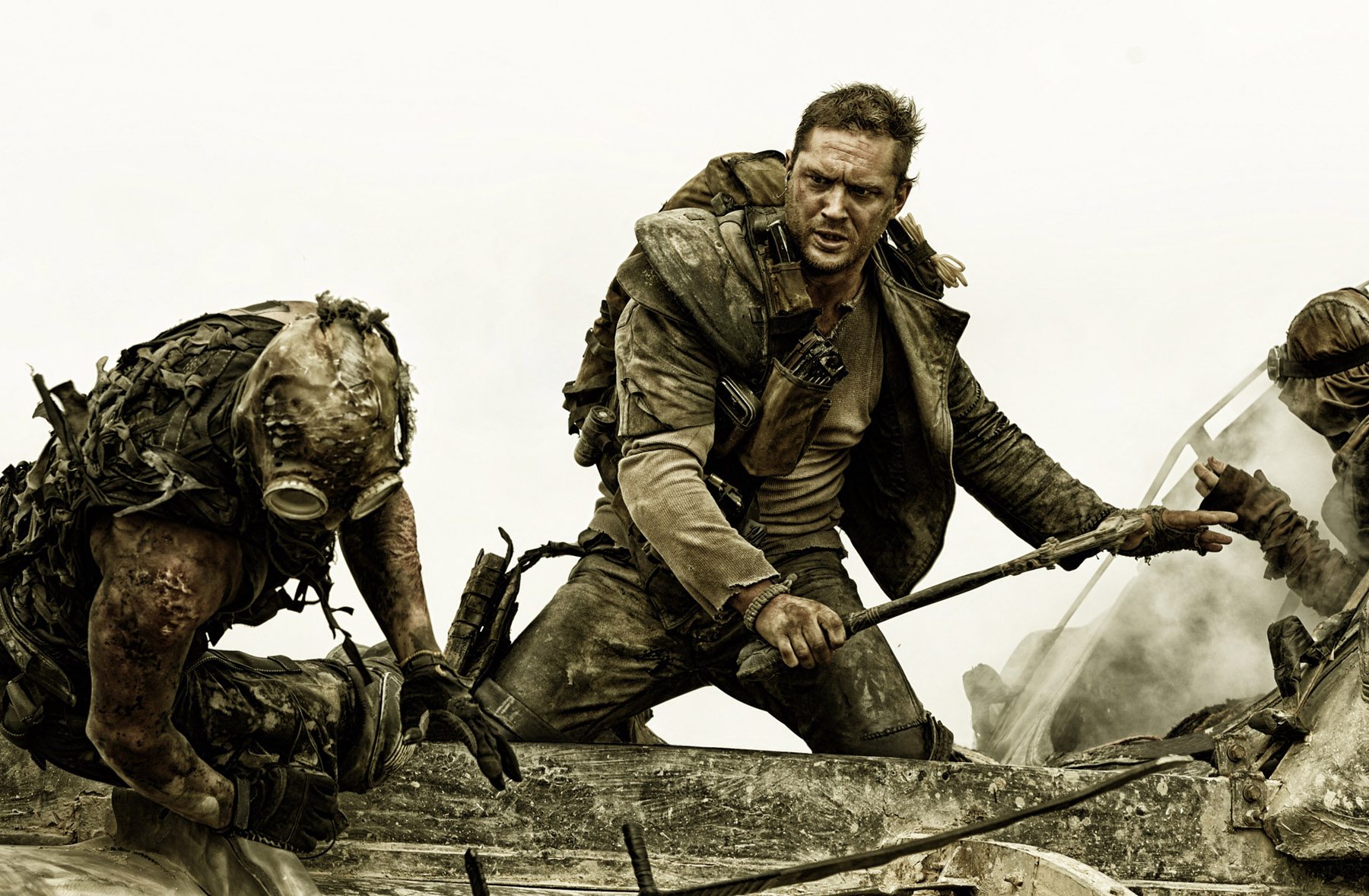 A Deeper Discussion: Spoilers Ahead!

But Mad Max: Fury Road is not simply “man bad, woman good” the way that some reviewers have suggested. There is more nuance here, and it may often revert back to an understanding of John Locke/Charles Darwin behavior. Do we take more from our nature or our nurture? Does the fall of technology or ‘civilization’ signal a return  to the animalistic self and the Old Testament understandings of right and wrong? Or is there something higher and more intrinsic about who we are as people?

Max and Furiosa are incomplete people. One lacks a family, while the other lacks an arm (and feminine ‘purpose’ in Joe’s world). But they complete each other (not in a Jerry Maguire way) by being the visionary and the vision fulfilled. Ultimately, the ‘universal blood donor’ saves lives, but he’s not the Christ-figure. He’s the power, the will, the safety net of the Christ-figure, who ultimately proves to be the one who frees the oppressed and comforts the abused.

In the one real dramatic turn of events (spoiler! I told you again), after the group fails to arrive in the perfect world Furiosa was stolen from, Max convinces her that they must return to the land flowing with water and greenery in The Citadel. It is not an image of going away to some other place (a sometimes evangelical view of escape to heaven) but rather a liberating of the ideals, resources, and grace to everyone present in the here and now, already available. [One interesting aside: Keeper of the Seeds (Melissa Jaffer) tells the liberated wives that once, everyone had enough, and there was no need for war.] Instead of waiting for heaven, what if we lived like we should care for each other today? 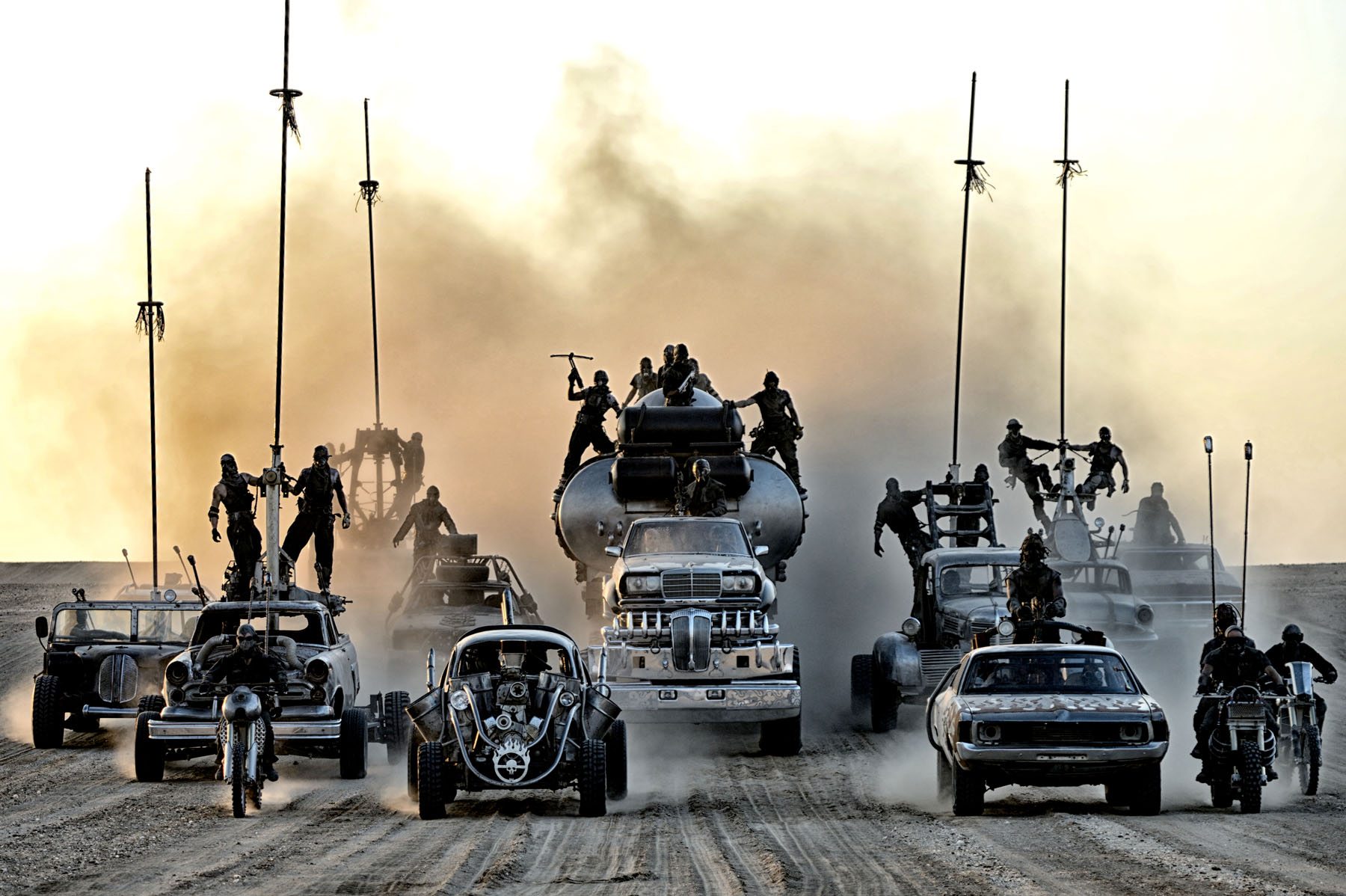 That is a sharp turn from the Valhalla that Joe has Nux and the other War Boys. It’s like (pre-Pan) as if Joe has established himself as the giver of all things to the Lost Boys, and they are predestined to live and die for his glory. Sure, there’s some Middle Eastern thought there about dying in glory, but it’s mixed into a brew that sees the Norse imagery included, along with the elevation of women to objectified status as well. Joe’s Valhalla includes the repression of belief, freedom, and water in the here-and-now, a charge that could be leveled against any organization, from the church of Martin Luther’s day to various world governments. Supply is artificially culled by Joe so that demand is higher, with the understanding that (except for Joe), tomorrow matters more than today. For the Max and Furiosa, much like for the early church sent out to be witnesses in Acts 1:8, they must prove that there is enough of everything (grace, water, gender) for everyone.

The two of them, working in tandem, are baptized by the dust of the storm (we’ve even see Max rise up out of the dust, akin to a baptism or earlier birth in Genesis 2:7). Then, they’re baptized by the fire of the flamethrowers, the bullets, and the grenades of Immortal Joe’s pursuit. And finally, they provide the baptism by freeing the ‘unlimited’ water supply to the villagers waiting below. [Ironically enough, neither one of them is actually ‘baptized’ by the water but they initiate that experience for others.] They make church happen, blasting open the divide between the water and the people, much like Jesus promised the church would in Matthew 16:18: “on this rock I will build my church, and the gates of hell will not stand against it.” In the land of desolate desert, Max and Furiosa make the water flow. They are in the practice of blowing away gates, rocks, impediments to ‘the good.’

Honestly, I’ve never walked away from a film feeling so punched in the face by the weight of it. The 3D work was masterful, and the action was slick. I almost feel like I’m stuck with sand in my teeth, from the immersive experience of such a depressing worldview. This was no beach vacation; this was a war for our future, a warning about who we could become.