You are here: Home / DVD / Hedgehogs: Discovering Who You Are 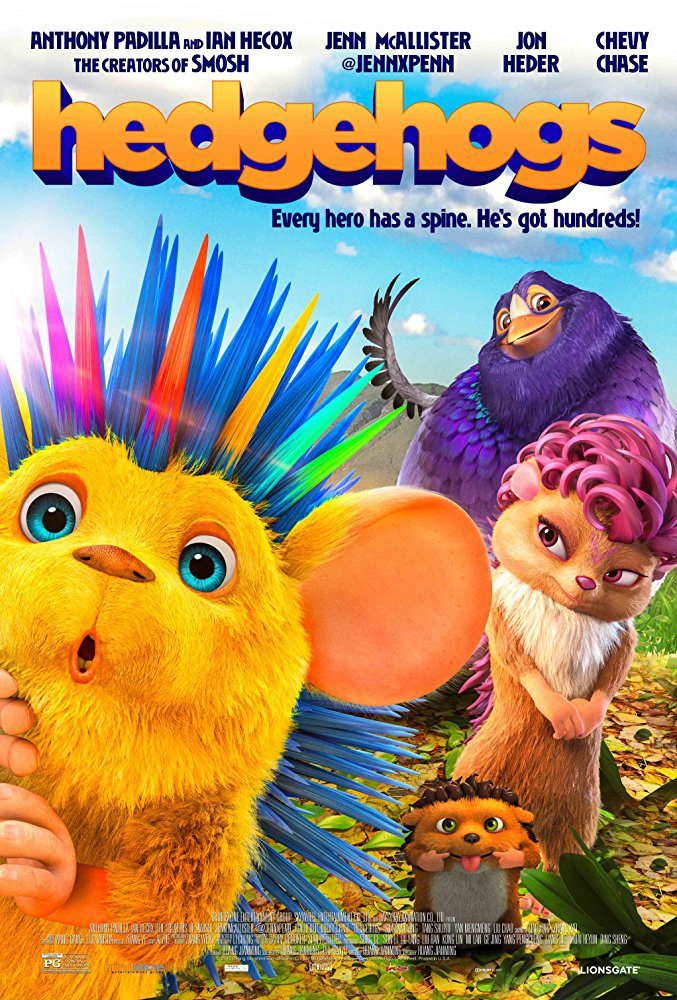 In Hedgehogs, a brash young hedgehog named Bobby (Anthony Padilla) loses his memory of who he is and what he is, makes friends with a bird named Hubert (Jon Heder), and battles a human (Chevy Chase) intent on eradicating animals. Originally in Chinese, the film is directed by Jianming Huang, and arrives now on DVD via Lionsgate.

Bobby is the most brave, skilled, fast, smart… everything … hedgehog. But the problem is, he knows it and thrives off of reminding all of the other hedgehogs. His sudden loss of memory is a bit like Nebuchadnezzar’s experience in Daniel 4:33 when he suddenly develops animalistic tendencies and is driven (temporarily) from society. While the story of Hedgehogs is a buddy, road trip adventure with a villain, it’s also the story of how one finds humility when that individual hits rock bottom.

With beautiful colors and wild characters, Hedgehogs has some dynamic animation and moments. It’s clear that it’s ‘straight-to-DVD’ over its dubbing, as some adults will pick up on that disconnect. For kids though, this one has a those growing up-type reminders, and will lead to discussion about arrogance and humility, and how we know who we are. That’s the irony of the Bobby/Hubert relationship – Hubert doesn’t have a background with hedgehogs, so he assumes Bobby is a bird – he has no other knowledge of genus and species to use!

Special features here include “Bringing the Characters to Life,” a look at the vocal recordings by the likes of Padilla, Heder, and Jenn McAllister, and the trailer gallery.