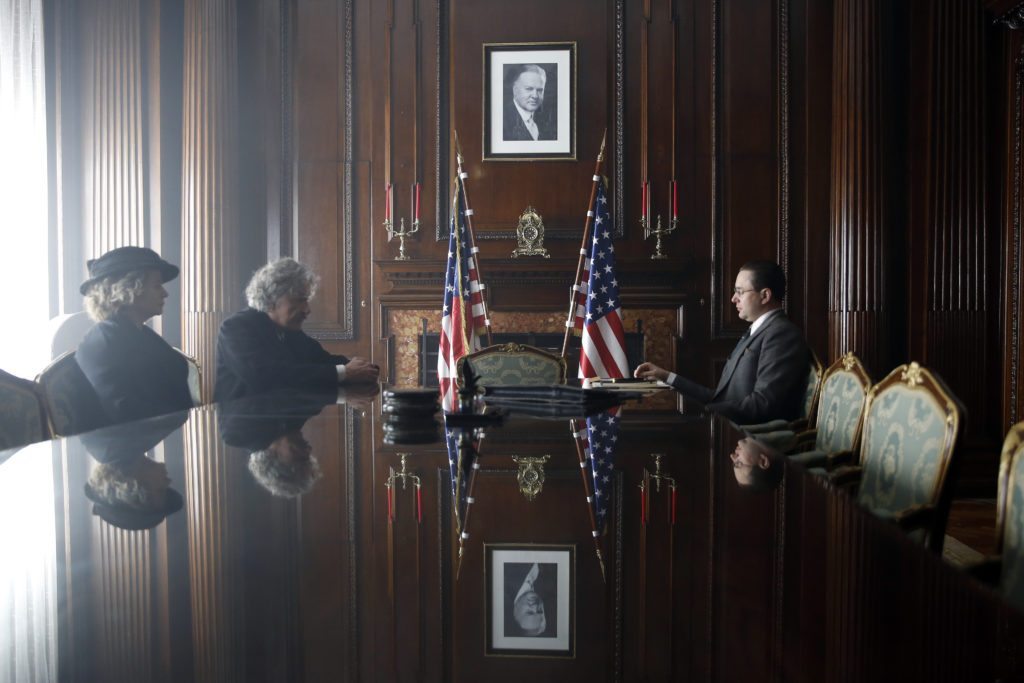 At the end of the first episode of the National Geographic Channel series Genius, Albert and Elsa Einstein sat across the table from Raymond Geist of the US Embassy in Berlin. A simple visit to get their passports validated became a little more when Geist wanted answers to questions before he would stamp them. The scene sat there, frozen in space as the next six episodes covered Albert’s early years, his romance and failed marriage to Mileva Maric, and his relentless pursuit of the theory of relativity.  In the eighth episode, the viewer returns to the interview table to continue the story.

For the most part, director Ken Biller—the fifth in the series—keeps the action focused at the table as Einstein (Geoffrey Rush) discovers that FBI Director J Edgar Hoover (TR Knight), believes he’s a Communist.  As a result, there will be no entrance to America unless Albert can prove to Geist (Vincent Kartheiser) he’s not. The interview is peppered with various flashbacks, including the notification Einstein won the 1921 Nobel Prize and a talk with Niels Bohr (David Dencik) about Heisenberg’s Uncertainty Principle (no, not that Heisenberg).  In addition, we get to see a bit of the relationship Albert has with his assistant Betty (Charity Wakefield) and how Elsa (Emily Watson) deals with the situation.  Oddly, she allows him to pursue it as long as when she wants something, he responds to her first. The reason for Mileva’s repeated phone calls in the first episode is also discovered when she shows up to a wedding unannounced and tells Albert that his son Eduard (Eugene Simon) had attempted suicide, but wants a visit.  Albert complies and finally gets his son to smile by playing the violin for him. 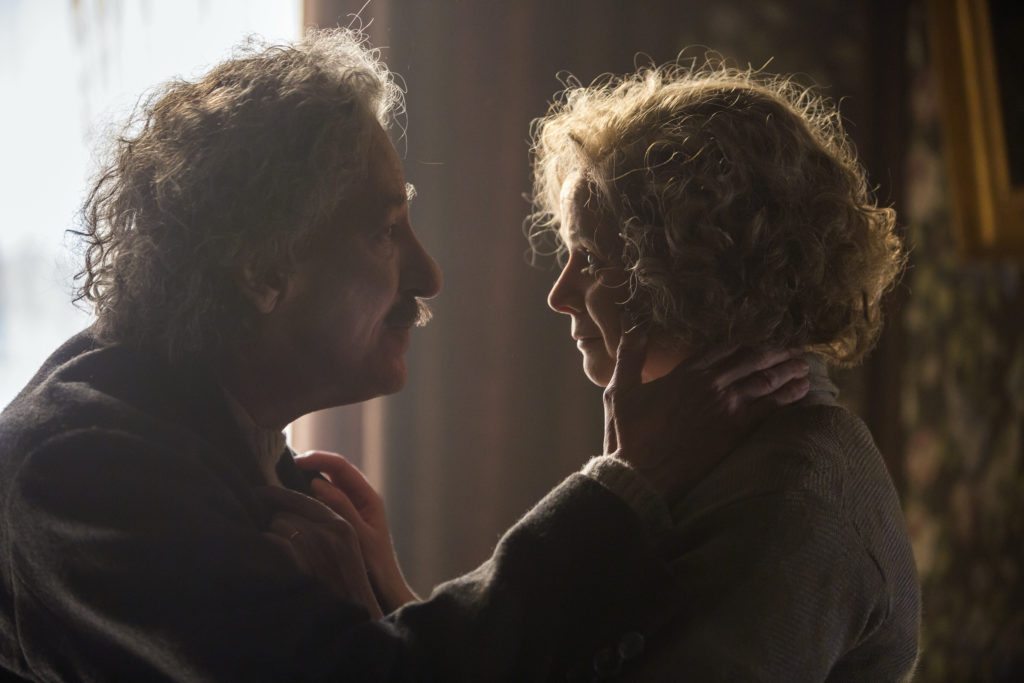 The discussion at the table then turns to Albert’s Jewish roots, where the viewer discovers that he is becoming more and more concerned for his people—especially as Hitler begins to rise in power.  As a result, he fears something will happen to him; this prompts his attempt to move to the US. When Geist asks for Elsa to leave the room, the subject matter shifts to Albert’s faith and science.  Einstein shares that he believed God made the universe; he’s trying to understand how he did it. From here, Albert turns the conversation to Geist’s background and doing the right thing.

In the end, Geist approves the visa, but Hoover denies it.  Elsa then springs into action, throwing Hoover’s quizzing methods under the bus—on the front page of the New York Times.  Hoover freaks out, then has Geist visit the Einsteins and stamp the visas under one condition—that Albert sign a paper claiming he’s not a Communist.

The intrigue in this episode involves doing the right thing.  Geist understood Einstein’s Zionist focus and his concern about the Jewish people in Germany, but had to follow the orders of his boss and deny the visa.  Yet the Bible says, “Do not withhold good from those to whom it is due when it is in your power to act (Proverbs 3:27). As a result, when Albert refuses to sign the paper, he stamps the visas anyway, saying, “There are other ways to be of service.”  Albert then signs to keep Geist from losing his job.  It’s a powerful piece of drama.  Geist (directly or indirectly because of his talk with Albert) helped 50,000 German Jews get out before things got incredibly worse. That’s even more powerful.

The last chapter of Genius will combine the final two episodes and airs Tuesday, June 20 at 9 PM/8 CT. There are bound to be some surprises, so make sure you tune in!