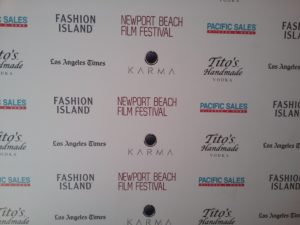 I began Tuesday by watching Cardinals, a film directed by Grayson Moore and Aidan Shipley that was the Canadian Spotlight film on Friday night, . It is the story of a woman who has returned home after years in prison after being convicted of killing her neighbor in a drunk driving accident. But soon the neighbor’s son shows up with questions that he just won’t let go of. There are dark secrets that are being held at bay, but things begin to unravel in ways that may put her back in prison again. This will likely be one of my faves for the festival.

The festival has a section of environmental films which I dipped into to see Living in The Future’s Past, a documentary by Susan Kucera. This is a film that uses evolution (especially human evolution) and other disciplines to look at the current environmental issues we are facing. Many of the people featured are philosophers or psychologists seeking to shed light on how our very nature affects the world around us. This is at times a bit frenetic and overwhelming. There were times I wanted to say, “Stop, tell me more about that. Can you flesh that out a bit.” But by then the film had moved to more speakers and ideas. Even the excellent visual images seemed to be geared to those with short attention spans.

Tuesday night was the European Showcase with films from Italy, Germany, Sweden, and France. I opted for the German film, My Blind Date with Life, by director Marc Rothemund. A young man who dreams of a career in hotel management suddenly loses his vision. Without noting that, he applies for an internship at a prestigious hotel. There with the help of friends he manages to do far more than we might expect. But it could all come crashing down at any moment. (And “crash” is the word for the potential problems.) He also meets the girl of his dreams, but can their relationship grow if he fails to tell the truth about himself? Nice blend of comedy, romance, and the struggle to overcome adversity.