You are here: Home / Current Events / Being Chosen: The Story of God With Morgan Freeman S2E1 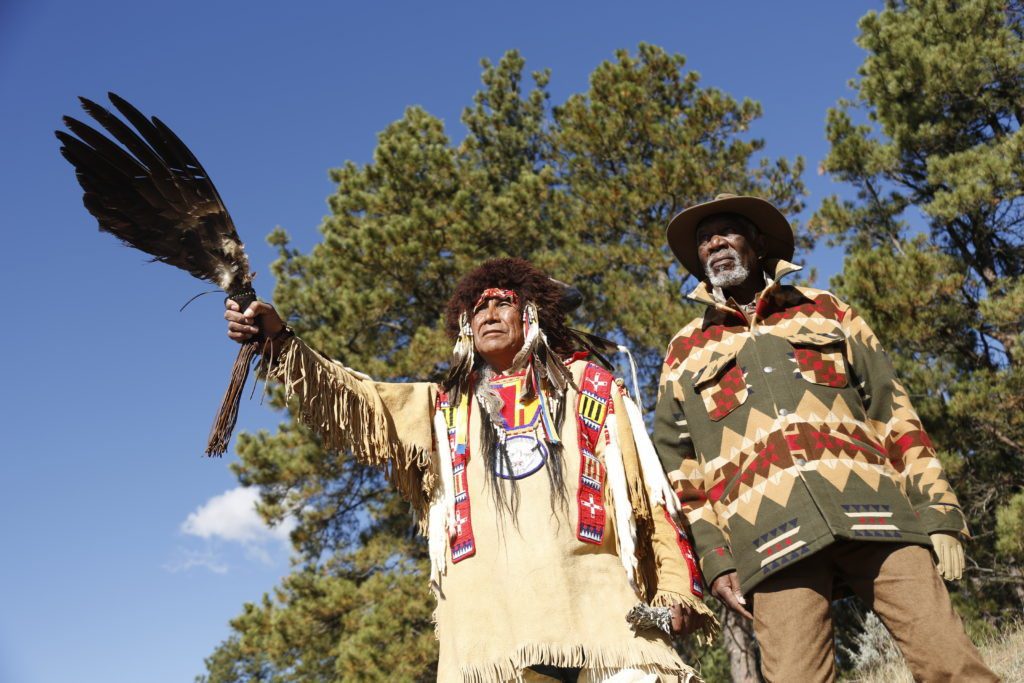 The success or failure of a television or cable program can be largely attributed to many different factors.  Having a good story is important, as is good videography and relatable characters. A topic that’s intriguing also helps considerably.  But in the end, it all comes down to the number of eyeballs looking at the show each week. In the case of National Geographic Channel’s The Story of God with Morgan Freeman, there were a lot of eyeballs looking at Freeman’s foray into faith-based questions we’ve probably asked at one time or another.  In fact, the show was National Geographic’s most watched of all time. Thankfully, a second season of episodes are one the way—the first airing this evening (9 PM/8 CT).  In it, Freeman (and a few new characters) take a look at the concept of the Chosen One and what that means across faiths.

If you’re not familiar with the show, Freeman takes a topic relating to faith and looks for commonalities within various religions around the world. Christianity is given significant attention, but so are Muslim, Buddhist, and Hindu perspectives. It can be quite fascinating, and the first episode of the second season is no exception.

What does it mean to be chosen? Is it exclusive to a specific faith?  Freeman takes a look at a number of different variants of this concept, beginning with a nine year-old named Jalue Dorjee.  He plays soccer like many kids his age, but at age two, his parents were given a paper from the Dalai Lama signifying he’s a reincarnation of an individual who has inhabited folks for five centuries.  In another instance, Freeman travels to London to celebrate the martyrdom of a grandson of the prophet Muhammad. Native Americans are also represented in the form of Chief Arvol Looking Horse, the chosen one of the Lakota, Nakota, and Dakota tribes (see top picture). 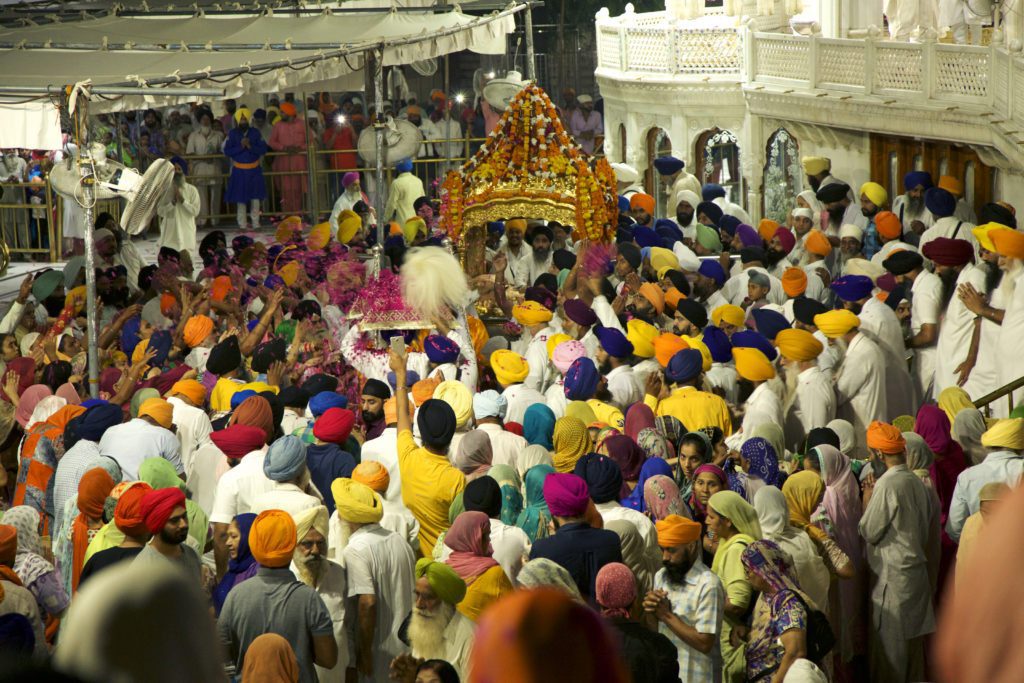 Even though chosen ones “help the faithful get back on track,” they’re not always living.  In the case of the Sikh culture, their chosen one is a book (see photo above). Some show their devotion in Thailand by piercing themselves with various objects such as metal spears (!) to gain superhuman powers. And sometimes the chosen are more along the lines of missionaries, such as Christian Kenneth Bae, who endured two years of hard labor in North Korea for simply organizing prayer groups.  His journey has brought him to the realization that “Jesus is [his] hope—[he] wants to be a blessing.”

There are a few changes to the program this season.  Gone is the blast of the shofar to start the program; instead, a graphic montage replaces it.  I thought the horn was a great part of the first season and am sad to see it go.  In addition, Freeman is not in every section of the show—at least in the first episode.  Two people—a man and a woman—take his role as they explore aspects of the episode’s theme (I think they’re one-time examples, however).  It adds a different perspective, but I think the focus of the show has been Freeman’s personality shining through the exploration of certain faiths and customs.  In the two sections of note, that seems to have been somewhat lost, although the two individuals do a good job with their questioning.

For me, the biggest takeaway from the episode was along the lines of what it means to be chosen.  In essence, it’s another way to say an individual is called out by God for some special purpose.  Sometimes it happens in a dramatic way, such as Paul’s encounter with God on the road to Damascus (see Acts 9:1-18) or Moses finding a burning bush (see Exodus 3:1-10).  But for many people, it’s not that way.  There’s an inward nudging that God has plans beyond anything a person could ask or even imagine.  To respond in any way other than acceptance is to be in a state of rebellion akin to Jonah (with or without the whale).  From there, it’s a process to become so in tune with God’s plans that one’s plans simply become his. In fact, Jesus made it clear that all that follow after him are to be his ambassadors to the world in their words, thoughts, and actions, seeking to make disciples of all nations (see Matthew 28:18-20).  It’s not easy, but being chosen is a responsibility that must be taken seriously.  The end results can be incredible—if we’re just willing to listen and respond in faith.