You are here: Home / Film / Beautiful Boy – Love in the Time of Addiction

Addiction can tear apart families and ruin lives. Often the bonds of love lead people to try to help in whatever way they can. But those bonds can be fragile. Beautiful Boy is the story of a family that had to deal over a period of years with an addict who just couldn’t seem to be able to break away from his dependency. The film is based on two memoirs by father and son: Beautiful Boy by journalist David Sheff and Tweak by Nic Sheff. 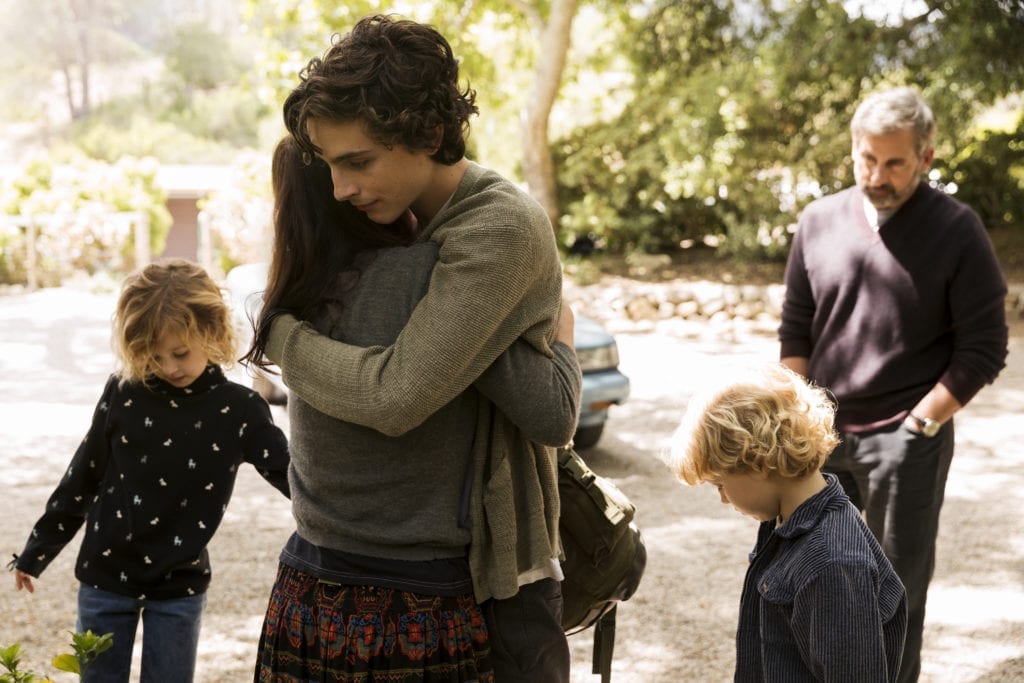 David (Steve Carell) and Nic (Timothée Chalamet) are a happy and loving father and son. Nic is about to leave for college, but decides to take some time off first. The family is well off and there are firm bonds with Nic’s stepmother Karen (Maura Tierney) and young siblings. Soon, it is discovered that Nic is addicted to crystal meth. The rest of the film chronicles Nic’s and the family’s struggle with that addiction. It takes place over a period of years and many rehabs, relapses, promises, and deceptions. At times Nic is close to death, but that fact in itself is not enough for him to overcome his addiction.

Because the film is based on the two memoirs, it becomes essentially a father and son movie. Although there is also a good deal of interaction involving Nic’s siblings, stepmother, and birthmother (Amy Ryan). The relationship between David and Nic is the driving force of the story. David would do anything to help Nic. But as the story progresses he learns that there is really nothing that he can do to help Nic conquer this demon—except to love him. That is not said lightly or as saccharine. To love Nic in the midst of his addiction is a challenge. How does one continue to love someone who lies to you, steals from you, and deceives you year after year? Even when David turns down Nic’s pleas for “help”, we can see it is evidence of David’s real love for Nic. 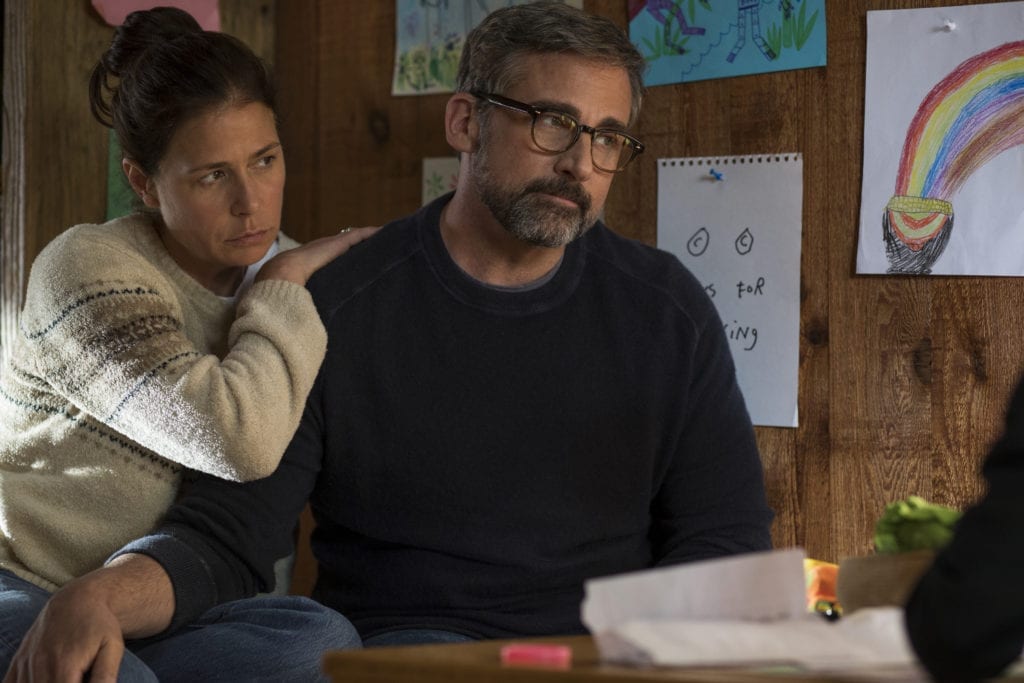 Screenwriters Luke Davies and Felix von Groeningen (who also directs) have made a seamless story of the two perspectives. It never seems like just David’s story or just Nic’s story. The two stories are not just different viewpoints, but a whole that reflects the bond between father and son—a love that runs so deep that even when it seems it must be beyond salvaging, it continues to hold them together in some way. 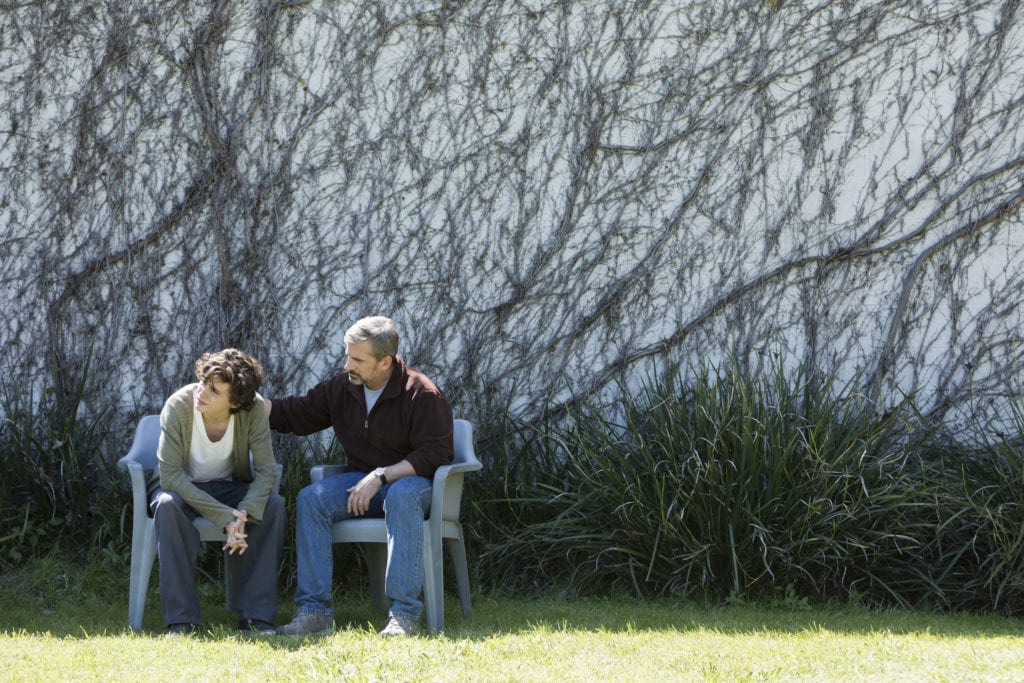 It must be said that this is a painful movie to watch. There is a raw emotional honesty to all the relationships in the film. Emotion is a key element of the story. At one point David is doing everything he can to intellectually understand addiction. But Nic’s addiction has a very emotional center to it. It is only by entering into the emotions within the relationship that we understand just how painful this is for all involved.