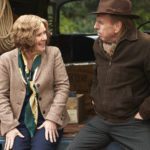 On the surface, this looks like a date night movie for the Leisure World set. But the wisdom the film imparts can be absorbed by people of any age.

Hot Pursuit is not a film based on the hit arcade game, but rather an odd couple comedy starring the mismatched talents/sizes/appearances of Reese Witherspoon and Sofia Vergara. In a film that certainly doesn’t hit the high comedy notes that one might expect (or want) from such a film, the two still succeed in providing us with some… [Read More]