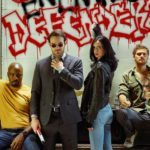 It is kind of fitting that I finished this series and am writing this review in the midst of “Eclipsemania” because there are many metaphors/similarities that the wonders of the eclipse, this series, and a Christlike life all have. But we’ll get to that later. Spoiler Warning: I will try my best to remain as spoiler… [Read More] 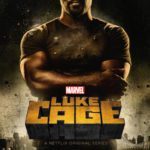 The one complaint that Marvel (or major comics in general) gets is about their lack of diversity. Recently, with their success in films, the cry has been for more diversity. We now have Black Panther on the way and Captain Marvel, two films that cover part of the cry for diversity. However, if we delve… [Read More] 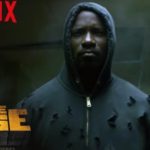 Luke Cage is misunderstood, especially by the powers that be. But in Netflix’s latest original superhero series, Cage (Mike Colter) is actually the hero you’d want living in your neighborhood. He’s the man with the unbreakable skin, the man with the steely gaze. He’s all that stands between the good people of Harlem and those… [Read More] 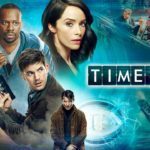 Let’s get this out of the way early: there aren’t many returning shows that actually have me excited about the return of television shows and streaming episodes. Sure, I’ll be watching the fourteenth season of NCIS and the third season of Scorpion because they’re like a good pair of old slippers: I know just what I’m getting. Absolutely, I’ll dive back… [Read More]