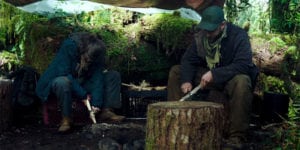 Leave No Trace follows the story of Will (Ben Foster) and Tom (Thomasin Mackenzie), a father and daughter who live a happy but mysterious life in Forest Park, a beautiful nature reserve near Portland, Ore. Rarely making contact with the world, Will and Tom care for and support one another. When a small mistake tips them off to authorities, their world is thrown upside down as they embark on a quest to rebuild a home of their own. 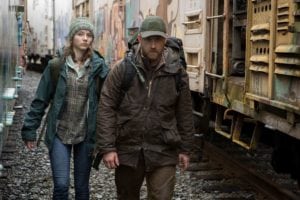 Directed and co-written by Debra Granik, Trace provides the viewer with a quietly profound piece which leaves the viewer with reflective pause. Powerful yet subtle, the performances by Foster and Mackenzie provide the backbone for what becomes an intensely emotional drama. (Foster especially pops off the screen by giving Will a repressed but seething angst in his performance.)

One of the most powerful aspects of the film is its exploration of what it means to truly have a home through its highlighting of humanity’s desire for safety and security. Though they spend most of their time in the wild, Will and Tom have built a home for themselves that provides emotional stability and safety. While unorthodox, their lives of exclusivity somehow feel like a shelter from the perceived harshness of the world around them. Although they live in the middle of nowhere, they have not only made a shelter. They have created a home. 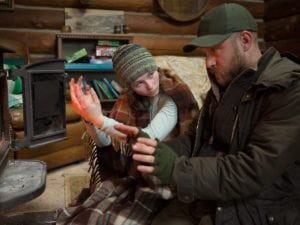 However, feelings of safety can give way to fear and anxiety when that security is threatened or changed. As a father, Will’s desire is to protect Tom from the outside world. But as Tom’s heart begins to realize that relationships with others can be healthy, her perceptions of home begin to shift. As a result, tensions develop between father and daughter, not out of lack of love but out of conflict of worldview. Suddenly, Tom’s view of healthy community has expanded, accusing her father of limiting them. As a result, because Will desperately wants things to be as they once were, their family relationships have changed irrevocably. Tom’s eyes have been opened to something bigger. As fear and anxiety begin to creep in, safety begins to erode and the two must ask themselves what home looks like for them as they move forward. 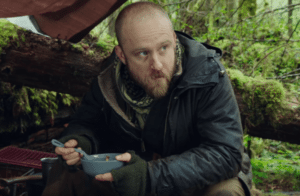 In many ways, Trace is a testament to our ability to build community, regardless of circumstances. In every situation, it’s our human tendency to attempt to create more than just a place where we’re protected from the weather but rather somewhere that offers emotional and spiritual support. We don’t just want to live. We want to experience life together. Though there are many who yearn for solitude, we as a people thrive most fully when we are part of a vibrant community, regardless of its structure. Though pop culture most often points us to romantic relationships, Trace reminds us that real love begins when we are present with one another in authentic community.

In the end, Leave No Trace is a powerful film that finds a unique balance between haunting and hopeful. Through its exploration of community, Trace reminds us that ‘it’s not good for [anyone] to be alone’ while allowing for individual expressions of relationships at the same time. 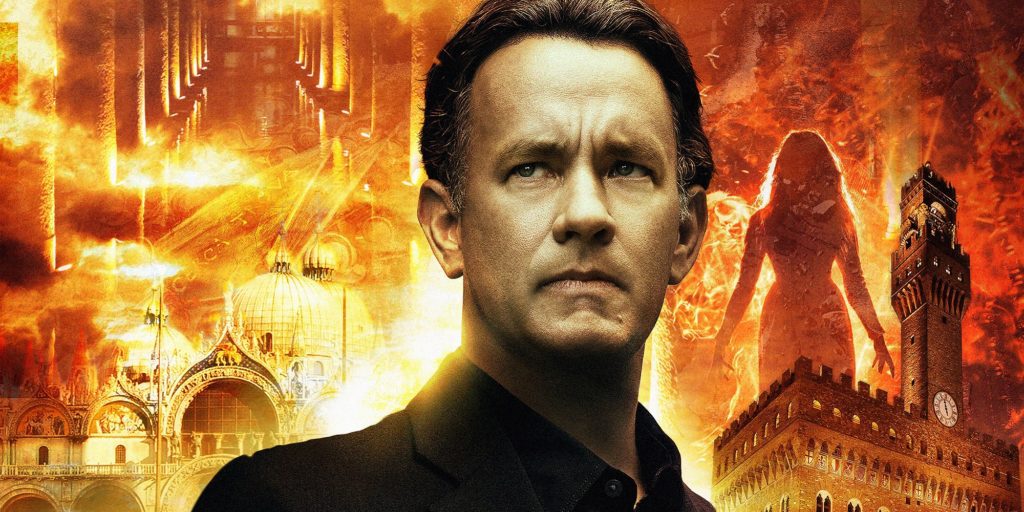 Dan Brown’s novel, The DaVinci Code, became a worldwide phenomenon, quickly followed by 2006’s cinematic version directed by Ron Howard; three years later, the two teamed up again to translate Brown’s first novel in the Robert Langdon series, Angels & Demons, into a cinematic sequel. Nearly a decade later, they have crafted an Italian panic room, with the Harvard professor trapped in his own head after an assassination attempt leaves him with amnesia and a world-altering virus on the loose.

Inferno is the last published Brown work, with Origins expected in 2017. The series, both print and film, is simply too financially worthwhile for the creators to abandon it, so it seems likely that Inferno won’t be the last in the series. Even though it was the least well received, it still proved financially worthwhile. That may be the mutually proficient pairing of Hanks (always a draw) and Felicity Jones (The Theory of Everything, Rogue One) that allows for a romantic-less partnership unlike most of the action films that seem designed to work the protagonists into bed together.

But while the film was critically slammed (19% on Rotten Tomatoes) and Hanks’ performance seems to be that of a perpetually frustrated middle-aged man with a lack of only the most necessary memories, and it fails to engage for too long in the strongest of Brown plot points (deducing clever historical clues), I found the film provocative. Maybe it’s my love of art history, mystery, and faith, but Inferno puts Langdon in the crosshairs of several organizations out for what he knows, with a simple, good person, Jones’ Sienna Brooks, as a sidekick. That’s entertaining even if it doesn’t make any sense that Ben Foster’s maniacal “overpopulation theory” scientist Betrand Zobrist would provide clues to stopping the plan he believes will save the Earth from destruction. [For the record, Foster steals every scene as he does …. in every film he makes.]

Filled with violence, double-crosses, and various psychos too varied to explain, Inferno has a mostly frantic pace that entertains and challenges. There’s not much here on overpopulation theory, but it’s still the driving force behind this Howard/Hanks collaboration. And it’s highly unlikely to be the last.

Special features on this Sony release include deleted and extended scenes, a director’s journal by Ron Howard, a study of Langdon, Foster’s Zobrist, and Jones’ Brooks, and a study of the views of hell portrayed here. 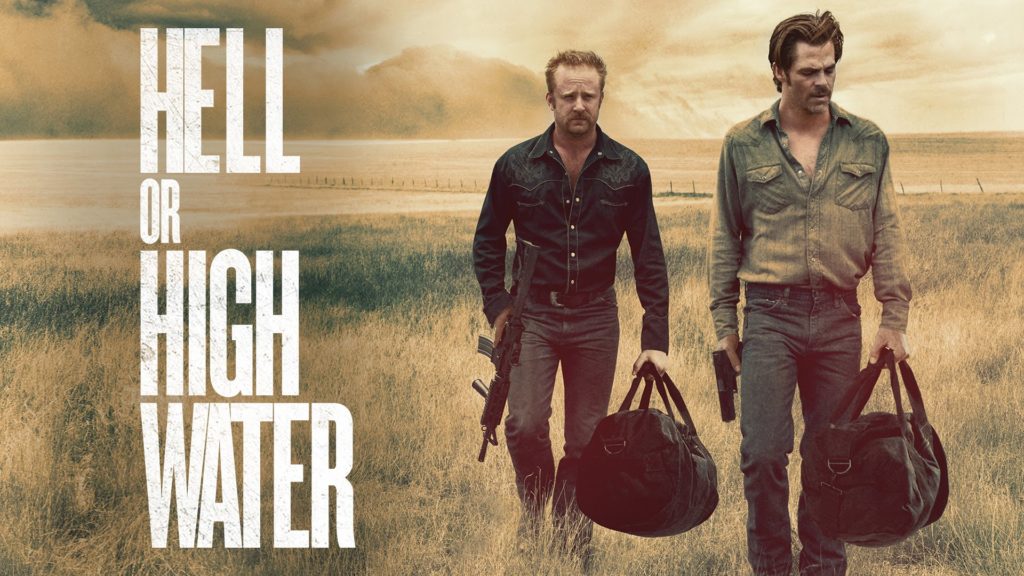 The neo-Western Hell or High Water is one of the funniest, saddest, most exciting, thought-provoking films I’ve seen this year. Wrapped around the story of two brothers’ attempts to rob banks, this wildly different film shares their relationship, the saga of the nearly-retired Texas Ranger on their heels, and the way that the U.S. economy plays a part in their story. It’s a must-see film of 2016, and one that you can now bring home on Blu-ray, DVD, or digital.

Desperate, divorced father Toby Howard (Chris Pine) throws in with his wildly spastic ex-con brother, Tanner (Ben Foster), starting a spree of bank robberies at branches of the Texas Midland Bank. Their plan seems flawless (doesn’t every heist film seem flawless at the beginning) but Tanner’s growing restlessness (and unnecessary penchant for violence) begins to grate on Toby – and threaten their plan. Meanwhile, the eccentric Marcus Hamilton (Jeff Bridges) leads his partner, Alberto Parker (Gil Birmingham), closer and closer to capturing the two. [Of the other actors on screen, Katy Mixon’s turn as a diner waitress is a scene stealer.] 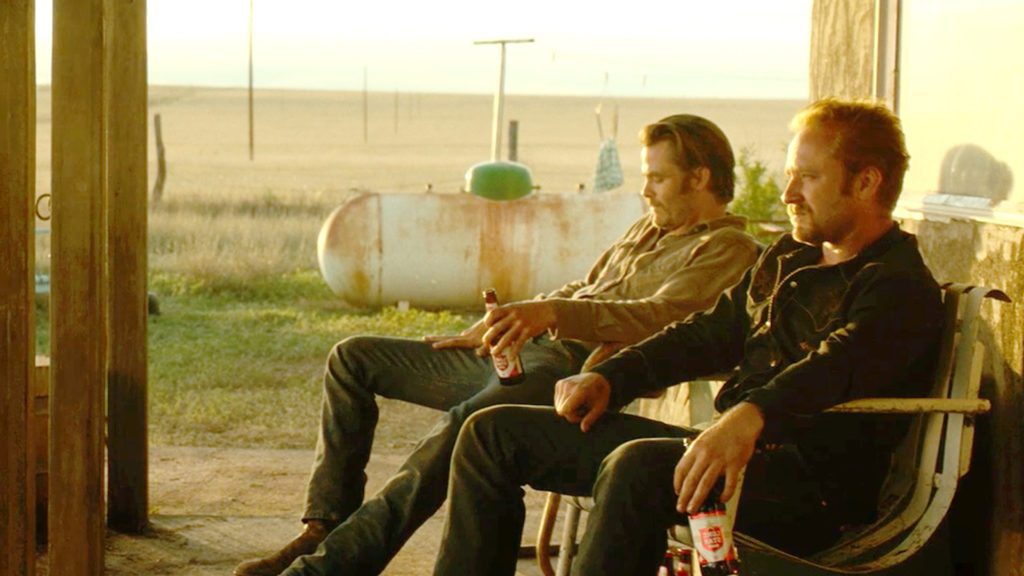 The rapport between the two blood brothers, and the two brothers-at-arms in the Rangers, lends itself to a more intimate film. It’s a close-up on the robbers, and on the cops, but it shows the way that the concerns the pairs have are similar. [Note how the pictures of the two sets of men lay out nearly identical to each other.] They want security, friendship, and trust; they want to believe that their lives have meaning and purpose. But somehow, the violent streak of Foster’s Tanner seems to lurk like a threatening villain off in the corners. And ultimately, that violence takes a turn (as all of Foster’s roles do) that spins the course of the story off in a different direction from the feel-good Robin Hood vibe we have up until that point.

Until violence completely breaks out, we’ve been lulled into nearly believing that there are no victims because the big bank is really the villain; we can believe that we see ourselves in Toby and Tanner as decidedly upset with the way our economies are unraveling or that we’re just like Hamilton, hoping to retire gracefully when the time comes, just not yet. But we shouldn’t be surprised that somehow Taylor Sheridan’s (Sicario) script is both realistic and terrifying at the same time, at least if we’ve seen that Denis Villenueve thriller. 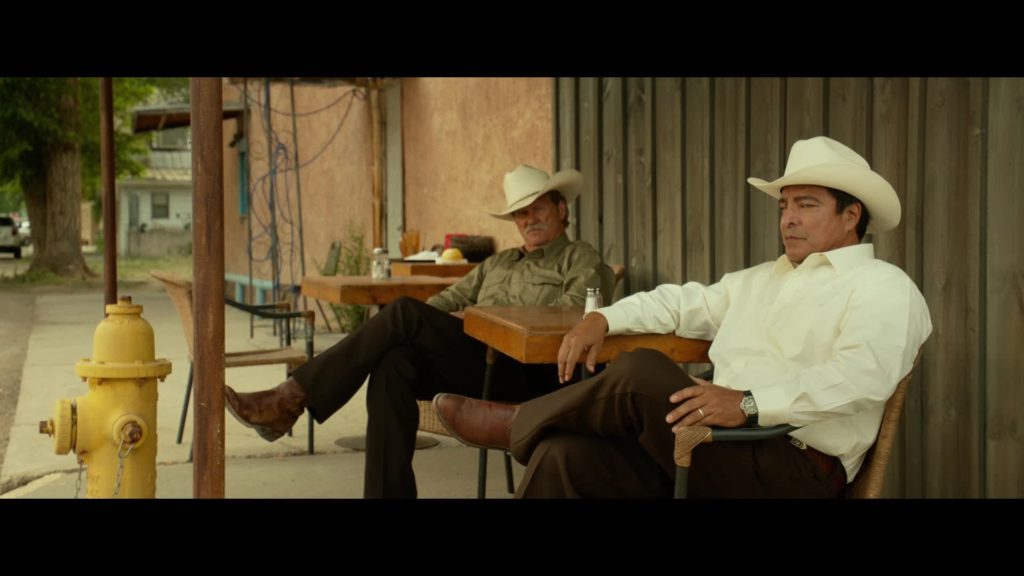 Somewhere along the way, we recognize that Tanner can’t settle for the same things Toby and Hamilton want; there’s just something off about him. But we recognize in the way that the storyline plays out that both sets of brothers would do whatever it takes for their loved ones, that they would lay their lives down for their friends. It leads us to reflect on what we would fight for, how we define justice in an unjust world, and where we would go (and what lines we would cross) if our lives were on the line.

On the special features included in the home media releases, fans of the film can see how the characters of the film were developed in “Enemies Forever”; the look of the tan-and-green backdrop to the dusty America our robbers inherit gets unwrapped in “Visualizing the Heart of America”; and the way the cast delivers the story gets a spin in “Damaged Heroes.”