You are here: Home / Editorial / Gleason: Ex-Saint Stands Up to ALS #NoWhiteFlags 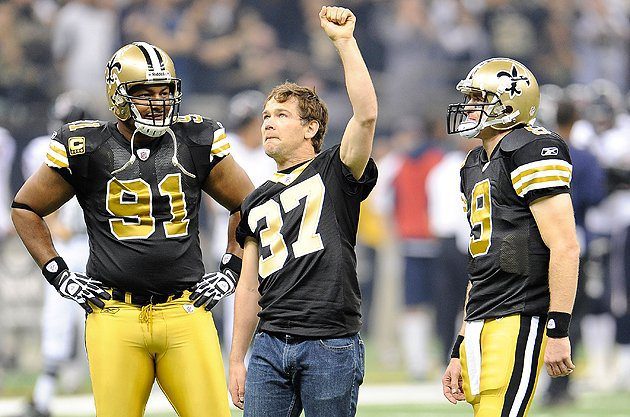 In the aftermath of Hurricane Katrina, the New Orleans Saints fought for a city by playing football, proving that sports could unite, inspire, and encourage in ways that beautifully rise above a game. Because of that, I have watched and appreciated the way that New Orleans Saints quarterback Drew Brees carries himself on and off the field, working to lead New Orleans to a place of peace and health. So I was aware of the story of Steve Gleason, a safety for the team when it redeemed the city, who was diagnosed in 2011 with ALS (Amyotrophic lateral sclerosis). But in Clay Tweel’s documentary, Gleason, the heartbreak and triumph of his experience come across in personal, intimate footage filmed over a decade. 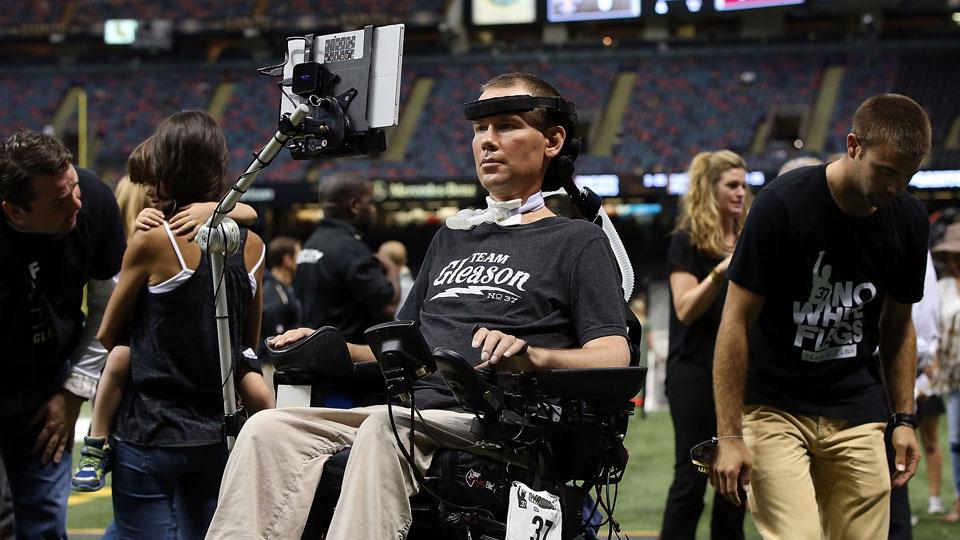 Through almost two hours of footage, we meet Gleason, a force of nature who lit up offensive players on the football field and now fights to find a cure for ALS. The film opens as he looks directly into the camera, telling his unborn son, “My number one purpose is to share with you who I am and to give you as much of myself as I possibly can, while I can.” This story is a love letter to his son, but it’s also a call to arms for those who might not understand that their time and money are needed to battle a dreadful disease.

In footage from August 6, 2001, we hear a commentator pronounce, “He may be small but no one can deny his ability to hit.” From his conversations about faith with his in-recovery father, to the love of his wife, to the birth of his son, to his moments on the stage of Saints football, Gleason’s words and actions hit with power – making the movie too intense to be dismissed. This is sports, this is fatherhood, this is saying “no” to disease, to tragedy, to the things that would hold us back. 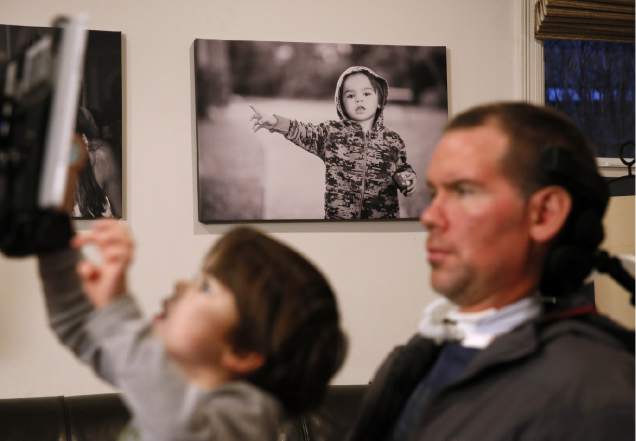 Gleason’s motivation is personal but it also stems from his understanding of the big picture. Gleason can’t wrap his mind around fear – Biblically or otherwise – but instead wants to treat people the way that he wants to be treated. His work after football – raising funds for others and helping them receive treatment and care – serves as the powerful legacy the film will be part of, dwarfing anything he ever did on film.

No film in recently memory made me want to cry – and stand and cheer – quite the way that Gleason did. If you can see it, see it. But even more importantly, Gleason himself would remind you to never stop fighting, to love those who are sick and those who care for them, and always, always, always love.