You are here: Home / DVD / A Dangerous Idea – Social Darwinism vs. The American Dream

The American Dream is that there are no limits to what someone can be. “We hold these truths to be self-evident, that all men [sic] are created equal….” But does science, especially genetics, put that into doubt or even undermine it? A Dangerous Idea: Eugenics, Genetics and the American Dream takes a look at the way genetic determinism has been used and is still being used to say that we are not, in fact, created equal.

As we have examined the genome, we have tried to find reasons in our DNA for the various differences between people. People have posited the existence of a gay gene, or a violence gene, or an infidelity gene. If something is genetic, it may be seen as an excuse or justification for behavior. This is a form of determinism—that we are fated. In this case our fate is set by our genetic makeup.

The conflict arises when genetics is used as a basis of Social Darwinism—the idea that we see evolution in social constructs such as race, poverty, or intelligence. This approach to separating the world into superior/inferior people was used in a variety of ways throughout the 20th century. Most notable may be the way it was used in Nazism, but it has also been prevalent in America as well. It now becomes an excuse for the way we structure society. If some people are genetically inferior, the argument goes, we needn’t feel responsible for those who have not succeeded—it’s probably in their DNA. 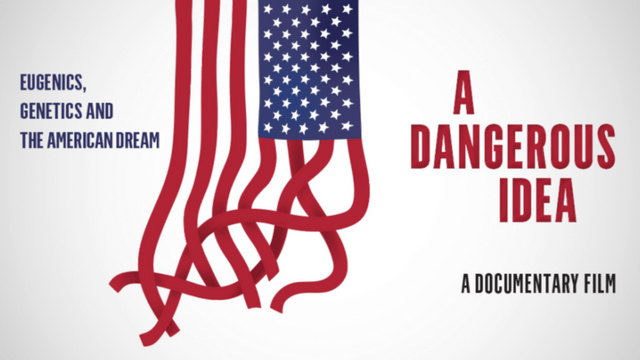 Of course, it should be noted that biological determinism has a long history in America as was reflected in the extermination of the indigenous peoples, the enslavement of blacks, and the idea that women were not worthy of the vote. But with the advent of genetic science many people believe they have new evidence to support such ideas. Some of those we meet in the film that support these ideas have excellent scientific credentials, but we may not want to follow their conclusions.

The film portrays the conflict as a struggle for equality. Among the current issues impacted by the views of Social Darwinism are race, poverty, immigration, education, justice, and the drive for economic deregulation and return to laissez-faire capitalism. The film has a strong point a view that such Social Darwinism is not only wrong, but that it is harmful to our society.

I agree with their perspective, but at times I had to question their argument. At points in the film they border on being science deniers—much like those who question climate change or anti-vaxxers. This is unfortunate because it may call the film’s credibility into question, and because it really doesn’t need that argument. While Social Darwinism may seem like a scientific and credible idea, it really is not. Its failures (especially moral/ethical failures) have been seen over and over—and the film points these out. That the idea continues to have traction in society, particularly in the political world, is what really makes this idea so dangerous.