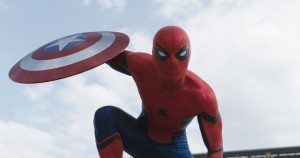 Since we’re only a few short days (hours?) from the release of Avengers 2.5… er… Captain America: Civil War, anticipation for the film has reached a fever pitch. Every bus, cereal box and toothbrush seems to be emblazoned with either #TeamCap or #TeamIronMan. Tickets have been selling out at a record pace weeks (WEEKS!) before the films release as Marvel fans salivate at the carnage of their favourite heroes colliding on the big screen and even (potential) deaths for added drama.

Oh yeah, and the return of Spider-man.

Sorry Black Panther. I mean no disrespect, especially since I hear you’re amazing in the film… but the Internet has been buzzing over the latest incarnation of their favourite wall-crawler. Arguably the most popular character in the Marvel canon, Spidey hasn’t even been absent from the big screen for that long. Remember, it was only 2 years ago (!) that we were given the travesty that was The Amazing Spiderman 2. But, all of a sudden, everyone has ‘arachni-fever’ again. The first tease of Tom Holland in costume (or, his ‘underoos’) in the second trailer went viral. The ensuing announcement of next summer’s Spider-man film (including the addition of Robert Downey Jr.’s Iron Man to the cast) made fans pop with enthusiasm.

So, why the hoopla? (After all, as the song says, how can we miss you if you won’t go away?)

Personally, I think it has something to do with the title of the new film – Spider-man: Homecoming. No, it doesn’t have the pop of, say, Civil War (and it is the title of a storyline from the comic adventuress in the 80s) but I think that the enthusiasm stems from what the film implies.

You see, Spider-man has come home.

When the film rights were sold to Sony in the late 90s, Spider-man was a hot commodity. From the troubled production by James Cameron that never saw the light to the eventual Tobey Macguire films in the early 2000s, Spider-man has remained a Marvel property but only in comics and licensing. In short, Marvel has had to keep their hands off of Spidey onscreen. (It was a similar agreement that Marvel has with Fox regarding X-Men films – and actually the reason why Marvel can’t even use the word “mutants” in their ‘cinematic universe’.)

Actually, the agreement was working out fairly well for both parties. Sony was cranking out Spider-man films—they had to do so in order to retain the rights—and Marvel was busy with their own projects. Sony even had plans to start their own Spider-man cinematic universe with spinoffs and sequels. However, when the Amazing Spiderman 2 turned out to be… well… less than amazing, fans started to turn on Sony. Criticisms of scripts, characters, and pretty much everything related to Spidey had pretty much left the franchise in jeopardy. 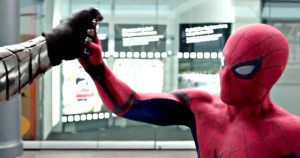 But, after the infamous Sony email leak of 2014, all of that began to change.

All of a sudden, word spread that Marvel was working out a ‘secret agreement’ with Sony, one that would give creative control back to Marvel regarding the character but Sony would reap the financial benefits. Fans rejoiced. Although much of the hype surrounded the fact that Spider-man could finally join the Avengers, the reality is that people were happy that Marvel—Spidey’s creators and the ones who ‘get the character’—could finally tell his stories the way they were intended.

Regardless of what you felt of any of the Spider-man films, it simply felt awkward that he remained in the hands of a company that didn’t seem to care about him as much as Marvel does. Whereas Sony merely used him as a franchise machine, Marvel seems to have a more vested interest in the character himself. (For the record, I’m also not blind to the fact that Marvel sees Spidey as a profit-maker. However, they do genuinely seem to care about how well his stories are told.)

Now, he has come home. Underoos and all. 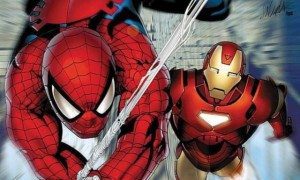 There is a sense that Spider-man simply belongs in the hands of Marvel. In the sole hands of Sony, Spidey seemed lost. In an (almost) prodigal-like narrative, the first-born has returned to the rejoicing father. Further, I think that the over-whelmingly positive response from the fans suggests that everyone believes that this is what needed to happen. There is a recognition that he will receive better care at ‘home’.

It’s a need that we all maintain.

Ultimately, I believe that we all cry out for ‘home’. It’s a spiritual need that’s deeply embedded in our hearts. Sometimes, our actual homes don’t provide that sense of refuge or even do damage to us emotionally and physically but we remain on our search until we find somewhere—anywhere—that makes us feel loved and accepted. As a Christian, I believe that that sense of hope can only be found when we realize what it means to be a part of God’s Kingdom. As Spider-man’s story will be told properly in the hands of his creators, so too do our stories make more sense when we reconnect with our Creator. When we experience the love and wholeness that God offers to His children, we experience what it means to truly come Home.

Now to get myself some underoos… 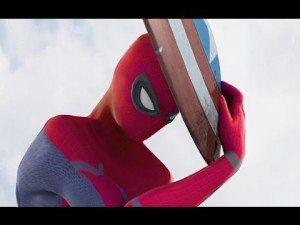