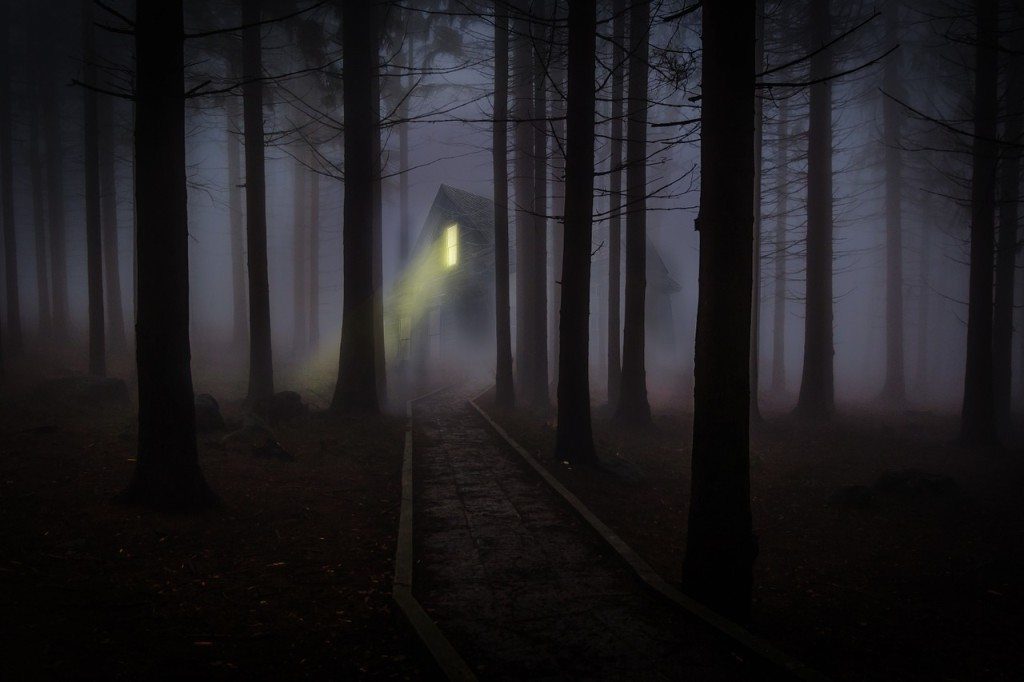 Evil is one of those things that we, as humans, have to deal with on a daily basis.  If you’re not sure about this, all it takes is a few minutes of watching television or browsing the news headlines on a phone. Although our overall desire is to be and do good in all situations (including our thoughts), we aren’t able to do it with 100% effectiveness our entire lives. The Apostle Paul shared this struggle as follows: “I have the desire to do what is good, but I cannot carry it out. For I do not do the good I want to do, but the evil I do not want to do—this I keep on doing.” (Romans 7:18-19 NIV) So where does all of this come from?  Morgan Freeman, in the penultimate episode of The Story of God (National Geographic, 9 PM/8 Central tonight), tackles this subject and reveals some enlightening things about humanity and their propensity for evil.

This episode starts off with a visit to a maximum security prison and a challenging conversation with a person convicted of some pretty heinous crimes (I’ll let you discover what they are for yourself). When Freeman asks the prisoner why they happened, he says, “I had a desire, an impulse, and I wasn’t able to stop myself from acting on the impulse.” He’s also not convinced that if released, he could avoid doing the crimes again.

This brings up the question, “Where does evil come from?”

To attempt an answer, Freeman looks at how a number of faiths deal with the issue. The early Egyptians believed that when a person was filled with evil or sin, their heart became heavy. Their heart would be weighed on a scale upon death against truth; the result would determine their eternal destiny. Hindus think evil may have to do with the spirits of dead ancestors who weren’t happy; they offer sacrifices upon realizing this is the case. Zoroastrians believe evil is a battle within to be fought with good thoughts, words, and deeds (in that specific order). Buddhists try to counter the evil within using meditation and ritual. And Christians believe that Adam and Eve’s sin started a chain reaction of events that transfers evil to each person upon birth. This is why Jesus’ life, death, and resurrection allows believers to combat—and eventually conquer—Satan and his minions.

Freeman has a fascinating talk with Brian Widener, a former Neo-Nazi, during the episode. Widener was tattooed beyond recognition during this time, but after getting married and having a child, he realized the error of his ways and had them removed from his face over a period of 2½ years. He states he found God in the middle of the process, although he admits he’s not sure what that looks like.  Can evil be contained and washed away? Freeman asks before ending with a baptism ceremony in a river—the Christian symbol of a regenerated life through belief in Jesus.

For me, one interesting point of the episode involved a scientist in New Zealand who showcased an experiment involving kids and the need for a higher being to keep order and control using a game (again, I’ll let you see what that looks like). To me, it reveals the propensity of evil in an individual’s heart when they think they can get away with something.  As the prophet Jeremiah notes, “The heart is deceitful above all things and beyond cure.  Who can understand it?” Science can attempt to decode the reasoning for why we do things and discover patterns of behavior, but the heart is fatally diseased, prone to evil from the outset. In this way, we are all wretched (there’s the Apostle Paul again), which is the exact reason why we live in a world full of sin. How we deal with the evil within (and without) says a lot about our beliefs and, in many ways, our outlook on the world we inhabit.