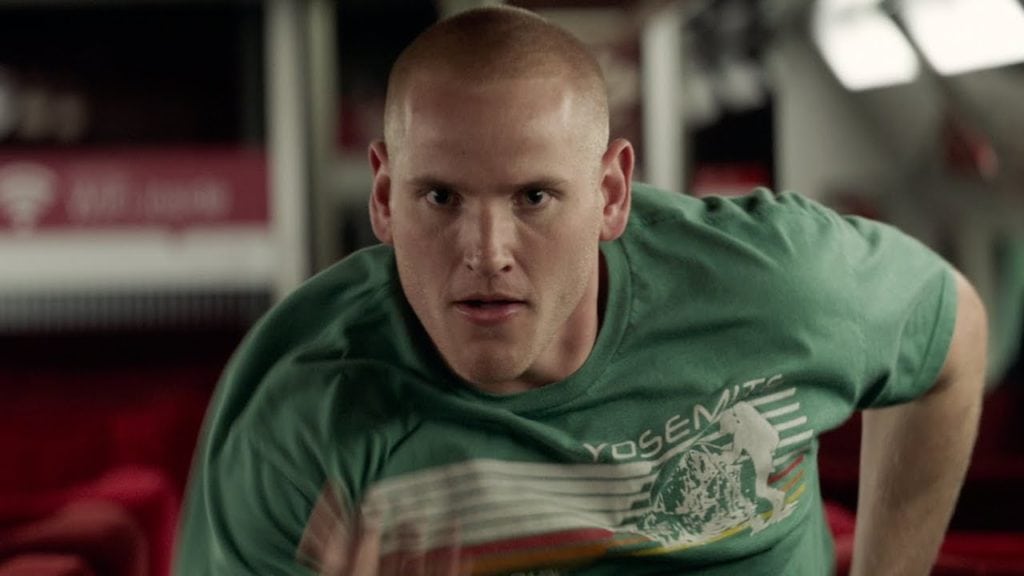 The 15:17 to Paris made news for two reasons. The first was that Clint Eastwood cast the real-life trio of young men who stopped a terrorist attack aboard a train while on vacation as themselves. The second was that unlike many films that document recent real-life situations, this one had mere minutes to cover from a news perspective and it instead focuses on the build-up in these young men lives that led them here.

We see Spencer Stone, Alex Skarlatos, and Anthony Sadler in the private Christian school where they bonded over troubles and views on the world. We watch as their paths diverge and converge, and how they finally find themselves on the 15:17 at a specific time and a specific car. Watching the film (or talking to them as I have), it’s clear that they don’t believe luck or coincidence brought them here, but that God had a plan for them to save many lives, including their own, well before the terrorist walked onto the train.

Now, audiences everywhere can see the film and consider the implications of how God works. The special features on Warner Bros. Blu-ray combo pack dive further into the way that Clint Eastwood knit the story together, including casting them as themselves. You’ll hear from Stone, Skarlatos, and Sadler about their experience, and you’ll be encouraged in “Making Every Second Count.” These men are heroes, but they’re also folks like you and me who saw an opportunity to be brave, and they took it.