We may think that a love story is a love story. They meet. They clash. They become friends. They fall out. They reconcile. Life is beautiful. Those are the typical beats in such a story. They are all there in 23 Walks, written and directed by Paul Morrison, but it all seems a bit different because the characters are a bit older. That brings some new dimensions to the film.

Dave (Dave Johns) and Fern (Alison Steadman) first meet while walking their dogs in a park in North London. Fern is a bit grumpy that Dave’s dog, while perfectly behaved, is not on a leash. They begin to run into each other on their daily walks, and are soon planning to meet on the walks. Little by little a friendship develops. But they are both in their sixties. This is not a story about raging passion. It is a much mellower journey into the possibility of some kind of new future.

The age of the characters slows down the story just a bit—and that’s fitting. (I move slower now than I used to, too.) Because they are older, they have learned that things can happen over time. But their ages mean that they each have histories. Those pasts have brought joys and pains. They may make them wary about this relationship. It does lead them to keep some important things secret—which leads to serious problems.

It is those histories that bring the new perspective to this romance. In a more traditional love story, we are looking toward a future and the possibilities that holds. While we do hope for a wonderful future for Dave and Fern, we know that for them, this relationship is going to have to deal with the past as well, because those pasts linger in our lives.

Their futures are complicated. Both are about to lose their homes. (No, the answer to their problems isn’t to move in together.) Both have family issues they must deal with—not because of a lack of love, but because of so much love. But perhaps in that tension between their difficult pasts and their uncertain futures, they can find a present in one another that will bring some happiness.

The story is told with sweetness, but it is not cloying. These are characters that are firmly based in reality and common people. They are aging, but still have a good deal of life in them that they are seeking to maximize. The love that grows between them has that same sense of reality. It is grounded in a relationship that feeds them both. Any physical manifestations of love grow from that, which puts it all on a firm foundation. The love we see is a warm-hearted enjoyment of each other. It is the kind of love that those characters in traditional love stories with younger people hope they can grow into over time.

23 Walks is in select theaters and available on VOD.

Wisdom is information passed from generation to generation about how to live a good life. There are even books of the Bible dedicated to passing on such wisdom. Some of that Biblical wisdom is fairly simple and straightforward (like Proverbs), or it may require some deep thinking to understand (like Job and Ecclesiastes). Lives Well Lived seeks to bring us the experience of a group of forty men and women aged 76-103 who have come to their knowledge of what makes a good life by having lived long enough to look back.

Filmmaker Sky Bergman was inspired by listening to her grandmother and the things she had to teach her. She went on to film a number of people as they shared the things that they had learned through the decades. Like the wisdom in scripture, some of this is simple and straightforward, and some goes a bit deeper. 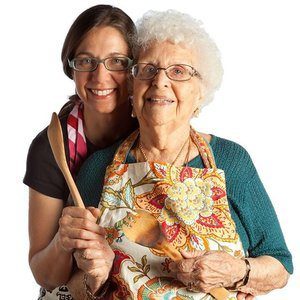 These subjects come from a variety of backgrounds. Some were immigrants, some faced discrimination in their lives. It is interesting to compare the things they have learned and now pass on with the circumstances of their lives. These are people who are still very active and involved. Perhaps they’ve lost a step or two along the way, but many of them still go to the gym or dance or do the many things that make life enjoyable for them.

Among the questions Bergman asks are: “What is your definition of a live well lived?” “What is your secret for a happy life?” “What is the one thing people should not worry about?” “What do you wish younger people knew about life?” and “What do you think about your own mortality?”

As I think about wisdom in general, it seems that there is lots of it around us. We all have access to people (like these) who can articulate the lessons that come just by living. But how willing are we to listen to that wisdom? Perhaps recognizing the wisdom of elders is just one more of those acquired bits of knowledge. When we are young, we may well think that our grandparents and parents have little to teach us—after all, they came from a very different time than today’s world. However, when we hear the voices of wisdom in the film, they are not just sharing what comes from that different world. They share a perspective that is still important in an ever-changing world.