Two lives are torn apart by a catastrophic event. When two airliners collide in midair killing everyone on both planes, Roman Melnyk (Arnold Schwarzenegger) loses his wife and daughter. For air-traffic controller Jacob Bonanos (Scoot McNairy) who was on duty when the crash occured, the guilt (whether deserved or not) eats away at him and is rapidly destroying his marriage and his life. Aftermath tells their stories in storylines that we know will converge just as the two airliners did. Will it bring redemption or be yet another life altering calamity? 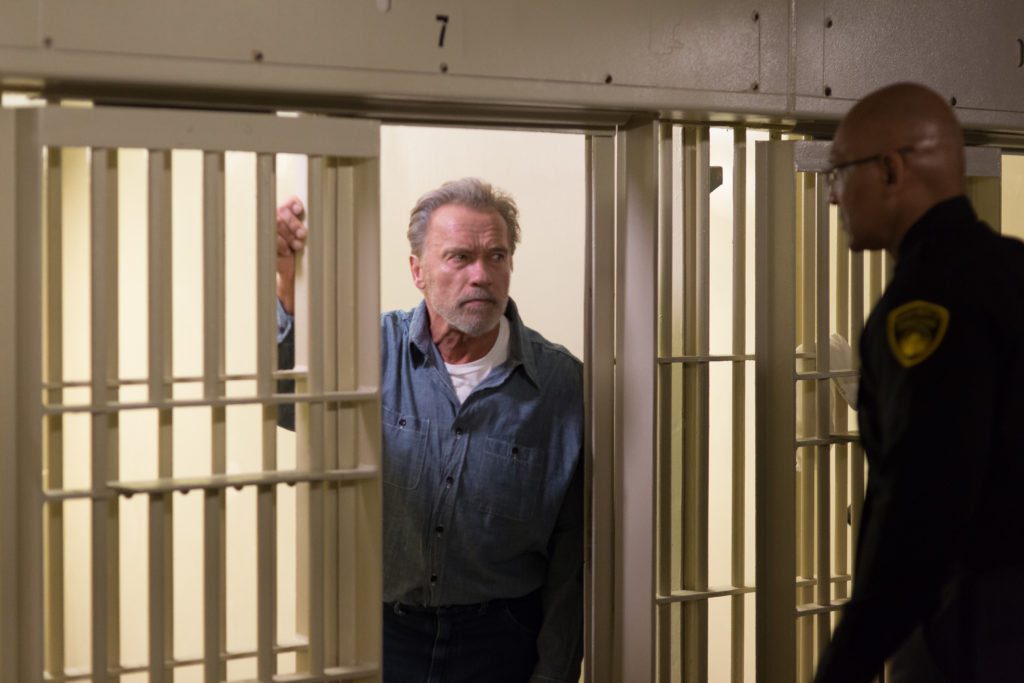 Both Roman and Jacob struggle in the face of the terrible event. Roman is nearly paralyzed by his grief, which gives way to anger. He doesn’t seem to be concerned about the monetary settlement offered by the airlines. He wants someone to look at the picture of his family and say they are sorry. Jacob, on the other hand, must face the legal and moral issues around his part in the tragedy. While everyone seems to be concerned about him, there is also the sense that his superiors are just as concerned to cover their own liabilities. Both men have some support in friends and family, but in many ways each must face their pain alone. They do not build walls, but their suffering becomes a wall that it difficult to get through. As the two men, whose stories we alternate between, continue their descent into darkness, both come to the verge of suicide.

Schwarzenegger and McNairy both do excellent jobs of portraying the pains that take control of their lives. Both characters have very complicated journeys through their emotional upheaval. We are drawn to both men, even when we see that they turn away from some who would seek to ease their struggle. The film’s themes of grief, guilt, vengeance, and the possibility of overcoming all of those things to find balance and peace all play out in the film. 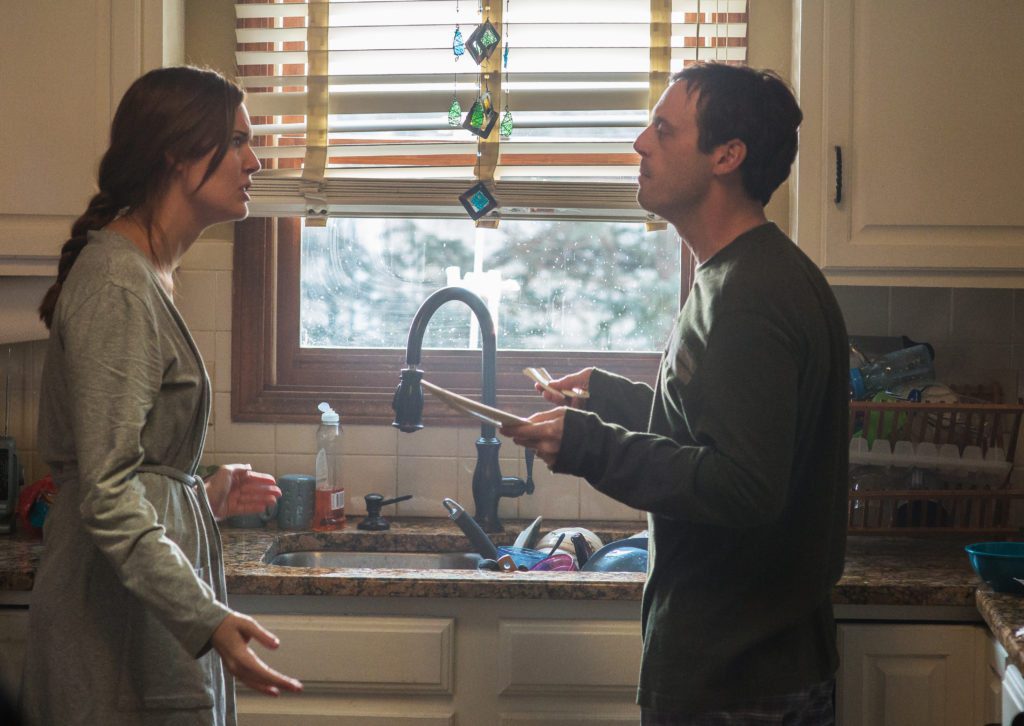 The last third of the film moves ahead to a time when both men have had a chance to settle into the post-tragedy life. Roman seems to have come to terms with life alone. Jacob has moved away and changed his name and career. We know that eventually the two must meet to bring any kind of closure to their issues. But that meeting has its own surprises, which are really not settled until a denouement in the final scene, some time later. That final scene provides the hope that even the darkest event of one’s life can still not completely overwhelm.

On the Blu-ray and DVD versions, available today, special features include the audio commentary with Director Elliott Lester and Producer Eric Watson, as well as interviews with Lester and Director of Photography Pieter Vermeer.