Directed by Jesse V. Johnson (The Debt Collector), Triple Threatdelivers the high-octane stunt work that one would expect from any film starring martial arts experts like Iko Uwais (The Raid), Tony Jaa (Ong-Bak: Muay Thai Warrior) and Tiger Hu Chen (Man of Tai Chi). When a crime syndicate places a hit on a billionaire’s daughter, she becomes the target of an elite group of assassins. A small band of down-and-out mercenaries protects her, fighting tooth and nail to stop the assassins from reaching their target.

Caught in a world of betrayal and mistrust, Paya (Jaa) and Long Fei (Chen) fight hard to protect the beautiful Xiao Xian (Celina Jade) from military operatives. As they draw closer to the Chinese embassy, the action continues to build as they are face with increasingly difficult odds against them. Although the plot may seem confusing (and it often is), Threatreally establishes itself as a series of action sequences strung together for narrative purposes. However, this is not meant to shame the film. As arguably three of the biggest names in martial arts films today, Uwais, Jaa and Chen continue to impress with amazing physicality and stunts. (Strangely, the three are so impressive physically that, to be honest, one wishes that there was lessgun-play in the film in order to really let their martial arts techniques shine.) The desire to see these three legends face-off against one another on camera is no doubt the reason the film exists and, as such, it gives the audience exactly what they came to see.

While much of the film’s story is based on a revenge thriller, Threatdoes explore the nature of justice. As their military counterparts attempt to kill innocent villagers, Paya and Long Fei are disgusted by their actions and, as they speak up, find themselves incarcerated with the others with only a few moments to live. Desperate to survive, they are also concerned with the well-being of those around them and ensure their safety as well. From that point on, their concern is to prevent their former friends from doing more damage to innocent people as they courageously set out to do what is right. (But, again, even this thread is thin.)

In the end, the primary aspect of Triple Threatthat will leave its audience fully satisfied are its relentless action set pieces and intense visuals. Uwais, Jaa and Hu offer exactly the type of spectacle that the audience expects and, more importantly, that the audience wants.

Triple Threat is currently available on 4K, Blu-ray and VOD. 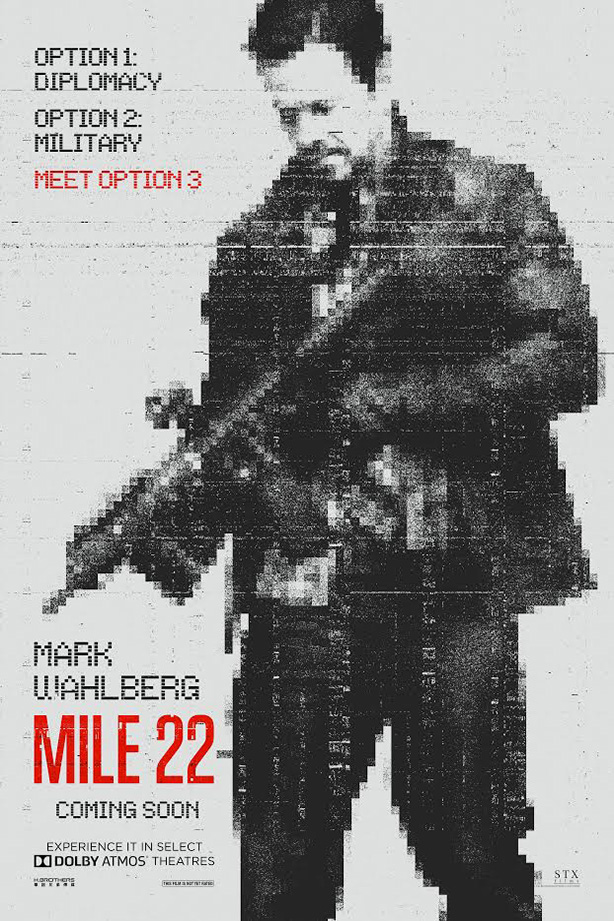 Directed by Peter Berg (known for a handful of other Mark Wahlberg movies such as Deep Water Horizon and Lone Survivor), Mile 22, set mainly in Indonesia, can be construed as a stereotypical action movie. However, there are definite artistic attempts to jazz it up that I think landed fairly well.

This film opens with an almost perfectly executed raid of a Russian FSB safe-house, where we get a glimpse of the action, violence, and team dynamic that this movie produces. The team is called Overwatch, a division of the CIA. 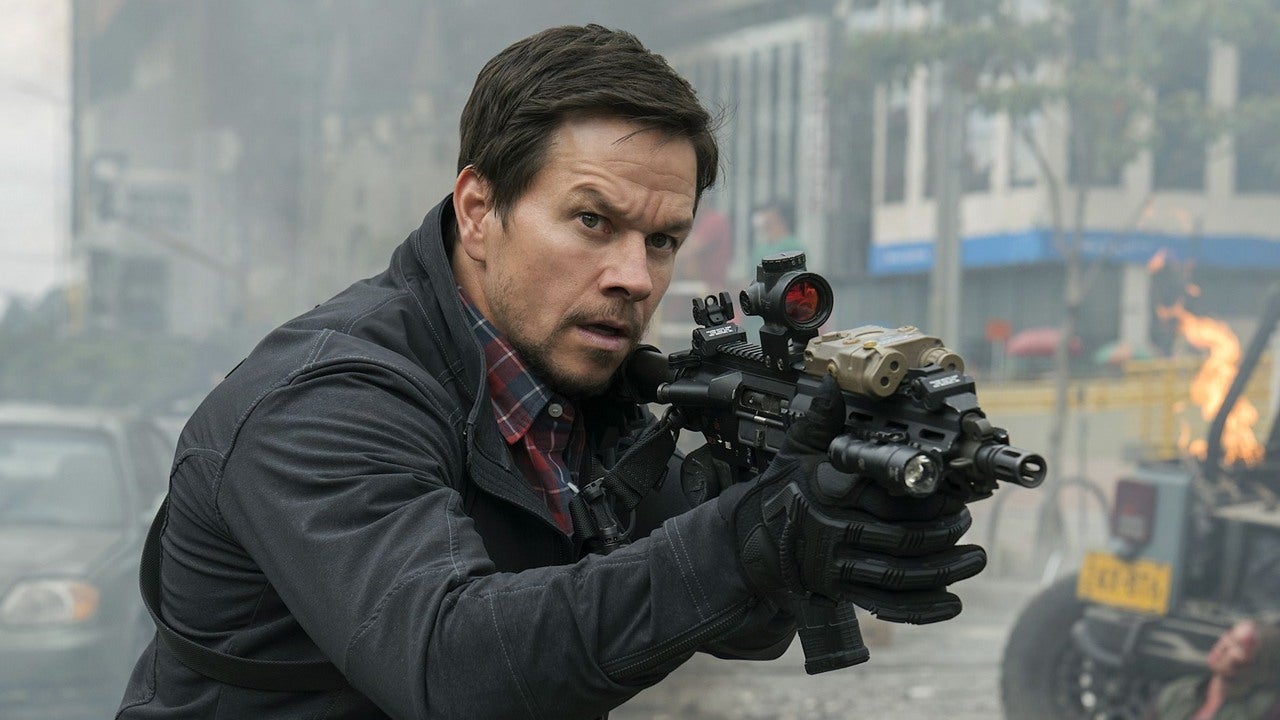 CIA agent James (Jimmy) Silva (Mark Wahlberg), is an eccentric, brilliant, and bipolar character that lives and breathes his job. He is fully committed to sacrificing for his country, although he often comes off as down right arrogant. It’s obvious that the thoughts inside of his head often move too fast, which comes through in his quick speech. He wears an elastic around his wrist that he frequently snaps. We learn that this was a gift from his mother, who told him, “Snap this when you can’t slow down.” Jimmy seems to try to tame his thoughts and use them productively in his career. Wahlberg, though playing a fairly typically role for himself, should be commended for his performance. The quick speech of Jimmy Silva was executed very well.

Fellow CIA agent Alice Kerr (Lauren Cohan) is dedicated to her job but preoccupied with her daughter back home, as well as the heartache and complications that come with a family separation. She tries desperately to put her emotions aside but clearly struggles with the balance between motherhood and career.

The CIA is approached by Li Noor (Iko Uwais) who they were initially told was a low level cop, claiming he had the code to unlock precious information that the CIA needed. His request before providing the code was for asylum and for them to get him out of the country safely. Team Overwatch must transport Noor twenty-two miles to the airport and ensure he is protected. Forced to sign documents by the CIA before embarking on this mission, team Overwatch are told that they are now ghosts, no longer working under the government, and that this was the highest form of patriotism.

Most of the character development in this film was confined to fast clips and voice-overs during the opening credits. I could have used a bit more information about Jimmy’s past and why he is the way he is. And I wanted to know more back story on Alice’s family situation. I wanted to care more about her. At only ninety-five minutes long, I felt that they could have utilized more time to better establish the characters and hash out the plot more clearly. Instead, I found that some scenes were rushed through, causing occasional confusion.

In my opinion, the real star of the film was Iko Uwais. His action scenes were top notch and did not disappoint. Even his sly smile added to the scenes he was in. (Although, if you’re squeamish, you may feel slightly uncomfortable during a few of the action scenes in this film.)

A welcomed addition to the team was the ever intriguing John Malkovich, who played James Bishop, head of the Overwatch command centre, so to speak. He added the typical Malkovich flair without stealing the spotlight. Although I wouldn’t have complained if was in more scenes.

Cinematically, I was impressed with the extreme close-ups, fast cuts and lighting in certain scenes. And the sound editing, specifically with the snapping of the elastic against Jimmy’s skin, did not go unnoticed.

This film wasn’t perfect but, at the end of the day, I left the theatre entertained.

ScreenFish is thrilled to be giving away 2 double passes to this week’s advance screening of VVS film’s Mile 22, starring Mark Walhberg and Ronda Rousey!

From director Peter Berg (Deepwater Horizon, Patriots Day), Mile 22 tells the story of CIA operative James Silva who leads a small but lethal paramilitary team on an urgent and dangerous mission. They must transport a foreign intelligence asset from an American embassy in Southeast Asia to an airfield for extraction — a distance of 22 miles. Silva and the soldiers soon find themselves in a race against time as the city’s military, police and street gangs close in to reclaim the asset.

Screenings are available for Toronto, Montreal and Vancouver

A special thanks to VVS Films for their support.