Richard Jewell is a tale of heroism, woe, and frustration that serves as a reminder of life before the world’s innocence was shattered one fateful evening in 1996. 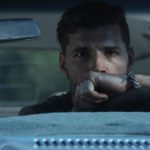 If you don’t think human trafficking is something you should be concerned with, think again. Priceless isn’t perfect, but is a good reminder that all people are of value. 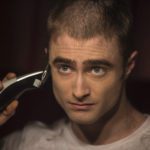 While the film is designed as an action-thriller (and works moderately well as such), it may better serve as exposure to the depth of the hatred that exists in parts of our society.

Is the murderous gang really trying to do something good by leading the FBI to bigger criminals? If so, does that justify what they are doing?

In the latest mysterious television show from ABC–which is shockingly not produced, directed, or written by Shonda Rhimes–a new class of recruits arrives at the famed FBI training ground, Quantico. Several months later, New York City’s Grand Central Station lies in ruins and recruit Alex Parrish (Priyanka Chopra) wakes up amidst them, completely unaware of how she… [Read More]