You are here: Home / DVD / ScreamFish’s Top 4 Halloween Films: Scare The Soul Into You

The staff of ScreenFish set out to tackle their greatest fears, well, at least their scariest films. Here are the staff’s greatest flicks for your Halloween consideration. 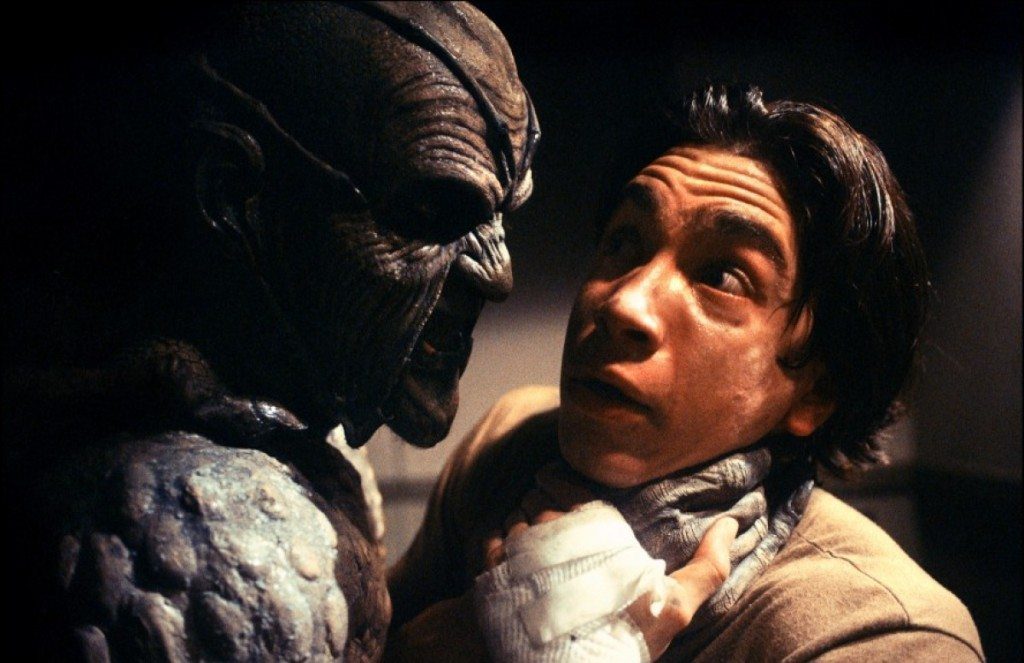 I generally avoid horror films. They just don’t catch my attention because why sit through over an hour of film just to be scared out of your mind? There are many films that are cringe worthy and keep you up at night. As a child, films like Nightmare on Elm Street or Friday the 13th were staples of that. Chucky was a fright as well. But I can’t think of a film that really creeped me out as much as Jeepers Creepers. It’s not a film with exceptional acting, or even a great story, but the creature itself, and what it represented, was the worst part. It’s not a film where the protagonist wins in the end. They lose, and lose horribly, which is probably why it stuck with me. The Creeper is a creature that arrives every twenty-three springs and feasts on humans for twenty-three days. It feeds on the fear of humans and as it consumes, it regenerates its own body parts. Jeepers Creepers is a non-stop, edge-of-your-seat terror ride that, at the end, has you looking through your rear view mirror while driving down dark roads.

During this time of year, and what this film and other horror films reminds me of, is that evil unchecked cannot be stopped. Evil is very real in the world we live in and may times we look to just ignore it or sweep it under a rug. The Creeper comes around but is never stopped. At some point, someone needs to be the hunter rather than the hunted. We need to put our foot down, stare evil in the eye, and say enough is enough. How great to have the courage of a young David who stared at the giant evil in front of him and stood his ground! For greater is He who is in me that he who is the world, declares the Bible. And that is the truth.

How do we fight off evil and the powers of the darkness? By being a light in the midst of a dark world. Instead of allowing evil to have this one day they call Halloween, maybe it is time to fight it and take it back. Do something positive, because if we allow evil to even stick around for one day a year…it will over stay its welcome.

Take two of my worst fears (pitch black darkness and small spaces—don’t judge), combine them with some of the best change-yer-shorts jump scares in decades, and throw in some subterranean creatures that skitter upside down at about twenty-five miles an hour to get a terrifying tale that will literally take your breath away.

It’s a 2005 British export called The Descent and if you’re even the least bit claustrophobic you should stay far, far away. Like a modern-day, female-driven Deliverance, it begins as a metaphorical struggle of (wo)man versus nature, then takes a weird, horrific left turn. This time, the weekend warriors are cavers who get more than they bargained for when they challenge a stifling maze of caverns in the heart of Appalachia. If the eye-of-the-needle like crawlspaces weren’t dangerous enough, there’s the pesky flesh-eating bat-beasts stalking them around every nook and cranny. We watch, helpless as the heroines, as they are picked off one ghastly gasp at a time.

When I saw The Descent for the first time, I constantly had to remind myself to breathe. ‘Problem was, as soon as I did, another creature would bolt from the dark and steal as much oxygen from me as from his onscreen adversaries. It’s tough not to squirm as you watch, and tough to contain the more-than-occasional audible swear (again, no judgment, please).

It’s smart and sharp with a stellar, if albeit unknown (stateside anyway), cast. It paces well, brilliantly juxtaposing the natural and supernatural threats for a nail-biting ninety minutes. And like most of the truly scary films out there, it packs a hefty punch without being insanely gory or gratuitous. If you’ve never seen it, take the plunge. And if you’ve watched it before, drop in again. In either case, keep a brown paper bag handy. And for heaven’s sake, if you need a new hobby, try shuffleboard. 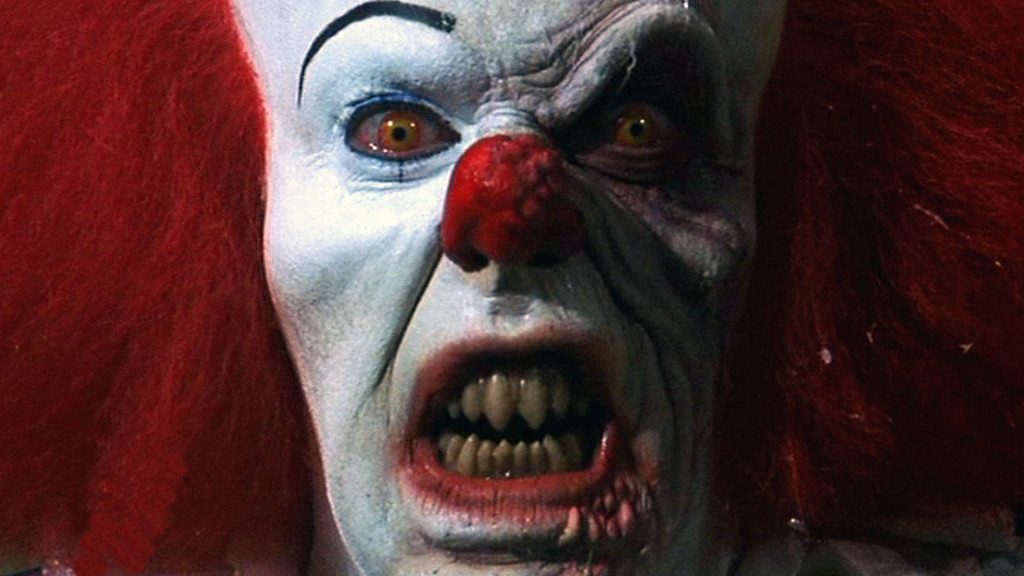 It – Watch Out For The Drains… Editor Jacob Sahms

I don’t like scary films. I watched The Ring at 8:30 in the morning, and still jumped when the phone rang. I walked out of the theater in the middle of The Eye to remind myself it was just a movie. But the movie that left me scared out of my mind for days? Stephen King’s It, brought to life by the sometime comedian Tim Curry as Pennywise.  As is typical of a King novel, the bulk of the action takes place in a small New England town (Derry, Maine) as an alien life form named Pennywise traumatizes the child populace. Pennywise is most often seen as a malicious circus clown with an evil sense of humor, but the personification of evil appears in the form of one’s greatest fears.

While the story takes place over two separate time periods, as a group of friends return to destroy It as adults, it is amazingly terrifying given that it’s a TV film. While films today spend millions on CGI and terrifying visions, the thought of a circus clown lurking below the manhole cover is still excruciating. While I know that God’s truth promises that one day all evil will be abolished, we still live in a world where children disappear and violence strikes unexpectedly. This Halloween, I’ll remember that evil personified because I’ll never forget that dark night when I scurried home myself, looking over my shoulder at every turn. Even though there were no sewer drains where I grew up. 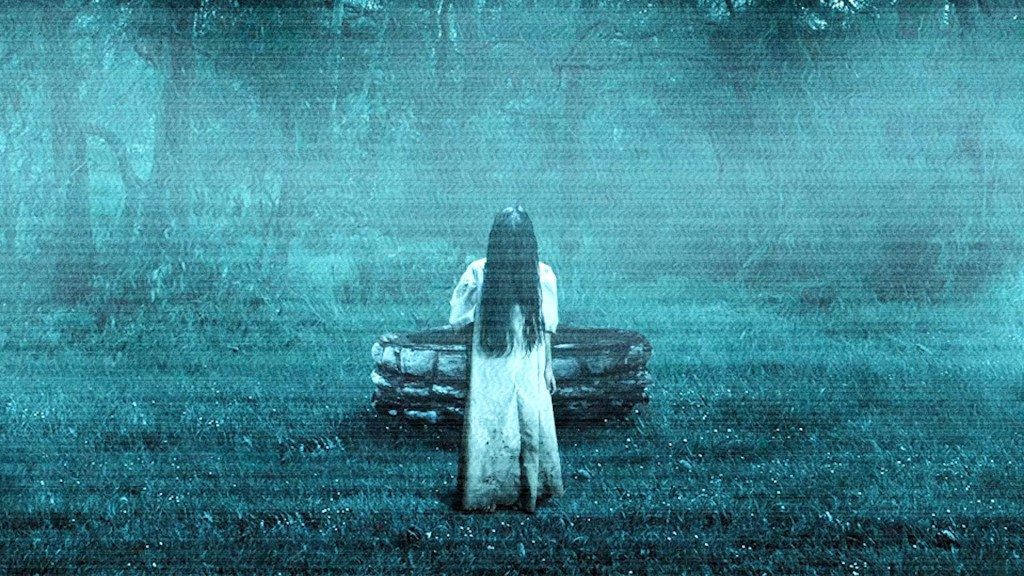 Based on a Japanese film, The Ring (2002) was directed by Gore Verbinski (Pirates of the Caribbean: Curse of the Black Pearl). It tells the story of a videotape (that alone dates the film, doesn’t it?) that is making the rounds amongst the local teens. According to urban legend, the film is cursed and viewers immediately receive a phone call stating that they will be killed in ‘seven days’. As the death toll begins to pile up, a troubled journalist (Naomi Watts) begins to explore the links between the youth, gradually unraveling the secrets of the tape. (Also complicating matters is the fact that her son has been drawing some disturbing circles at school that seem to be linked to the mysterious film.)

While this particular film likely won’t go down in anyone’s ‘scariest’ books (other than my own), what I found more terrifying happened afterwards. Having watched the film on video with friends, they all left immediately after it ended and I fell asleep on the couch. When I awoke, my tv was merely a blank screen and it was the only light in the room. Having just watched a film about demonic forces in the television, I found myself particularly freaked out, especially being alone.

I know. It’s not exactly the stuff of Stephen King.

Still, it explains to me what I find most terrifying about horror – when it sinks into reality. Most people laugh off a comment like that, focusing on the fact that they’re only films—and they are—but the fear experienced is very real. Even though The Ring is far from the scariest film of all time, the moment I felt afterwards brought that into reality long enough that it left a mark.

And that’s something that takes longer than ‘seven days’ to forget.