You are here: Home / DVD / Run All Night: Ghosts Of The Past Vs. A Father’s Love 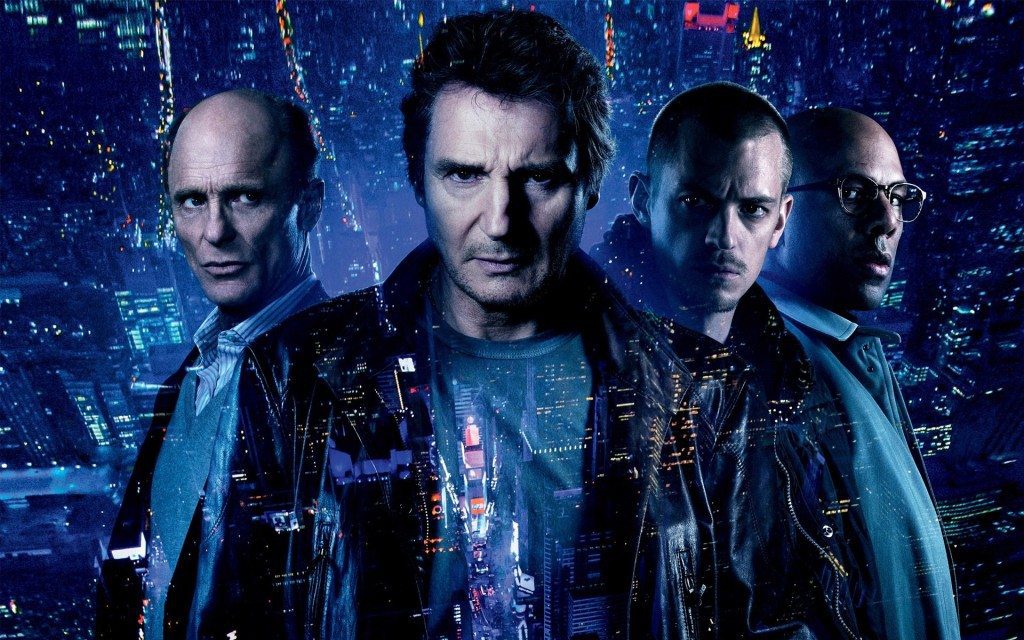 Liam Neeson has basically reinvented himself as an action superstar. Sure, there’s the in-your-face bombastic Taken and its well-intended (but majorly flawed) sequels, and a few others that have shown he can throw a good, on-screen punch. The truth is though, that Neeson’s actual acting chops show up best when he’s mixing the punches with some self-inspection and heartfelt speeches a la the brooding A Walk Among Tombstones or this week’s Run All Night.

Jimmy “The Gravedigger” Conlon (Neeson) has worked hard in the services of mob boss Shawn Maguire (Ed Harris), the more sophisticated of the two childhood friends. But Conlon has done the dirty work to build Maguire’s empire, and he’s merely the shell of the man he once (ever?) was. He’s a drunk, the court fool in Maguire’s court, and he’s belittled and ignored by Maguire’s son, Danny (Boyd Holbrook), who foolishly brokers a drug deal that his anti-drug father rejects. The foreign drug dealers react, Danny kills them, and Conlon’s limousine-driving son, Mike (Joel Kinnaman), witnesses the killings.

The premise itself isn’t complicated. The estranged father and son are thrown into a tenuous working relationship, aimed at escaping the elder Maguire’s wrath. It’s not exactly prime Father’s Day excitement, but it does have something to say about the love of a father for a son (or a parent for a child).

While Mike Conlon rejects his father’s lifestyle, and carries anger for the absentee way the elder Conlon raised him, he comes to recognize that his father does care about him. Jimmy Conlon wants to protect his son from the lifestyle he led out of necessity (at least in his own mind), and from the ghosts of all of the men that the Gravedigger killed. In the end, the father is willing to sacrifice his own life to keep his son from inheriting the violent winds of the life he lived.

As a father, I often worry about how I’m “messing my kids” up. I can see things about the way I was raised that I want for them, and things I try to avoid doing. But it’s hard, complicated work. We’re supposed to “train a child in the way he should go” but how often do we fail by accident, tiredness, or a moment of nonchalance, do damage to the people we long to hold dear (Proverbs 22:6)? We have to admit that we don’t always get it right; we have to be willing to admit (like Jimmy Conlon) that we’ve gotten it wrong, and ask for forgiveness.

Sometimes, the forgiveness is from God above; sometimes, it’s from another human being. It’s tough when it comes from child to parent, but if we’re going to train our children the right way, we have to be able to show them when we’ve gotten it wrong, too.