You are here: Home / Film / Rodents of Unusual Size – The Problem with Swamp Rats

“They didn’t realize that the nutria was going to put a whippin’ on the state of Louisiana.”

Along the Louisiana coast live many nutria, large (about 20 pounds for an adult) rodents with long orange incisors. Yes, they look like giant rats. Rodents of Unusual Size provides an introduction to these animals and the problem they represent to the ecosystem. It also gives us a small taste of the Cajun lifestyle that exists in the same area.

Nutria are an invasive species, originally from South America. At one point they were imported to Louisiana to be grown for their fur. Whether because of a storm or some other reason, many found their way into the wild where they flourished. They breed rapidly and have no real natural predators. Soon they numbered in the millions. Until the 1970s they were hunted for their pelts, but with fur going out of fashion, hunting them for fur became unprofitable. This caused the nutria population to grow even more. Now they are destroying the fragile ecosystem. They are herbivores and are stripping the land of grasses. 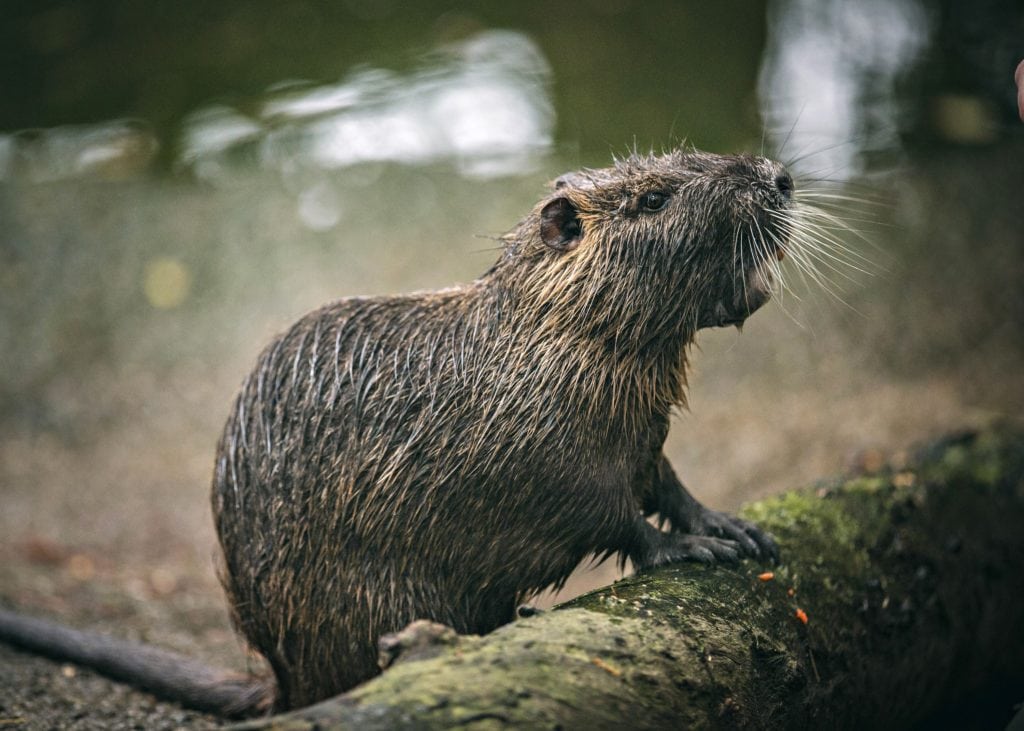 The state has created a program to hunt the nutria. The state pays $5 per tail. (Tails are easier to dispose of than the whole animal.) Some hunters may take close to 100 a day. Some of the fur is also being used again. Since the animals are being killed anyway, it should be less morally problematic.

The film documents all this, but where the film steps to a higher level is by showing us a bit of the Cajun culture that interacts with these animals. For many of the long-term residents of the area, hunting nutria has become an important part of their personal economy. These coastal area folks are often hard working, but not always prosperous. They are very independent. Yet it is also a way of life that is in danger of dying out because younger people get educations and leave. 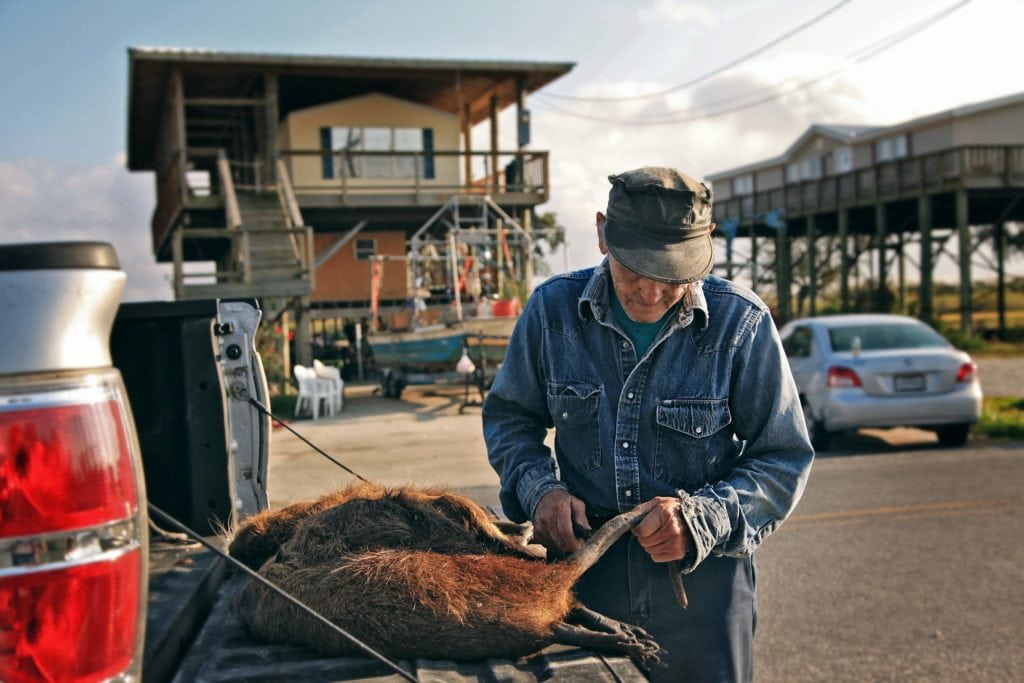 There is a certain connection between the Cajuns we see and the nutria they hunt. Both groups are survivors. We meet people who have lost everything in hurricanes more than once, yet keep living there and rebuilding their lives. The nutria have also kept adapting to their surroundings. They have even moved into New Orleans, where they become a bit more rat like in their habits. (It should be noted that nutria infestations are not limited to Louisiana, but exists in many places around the world.)

The nutria represent a problem (ecological), opportunity (economical), and perhaps even a metaphor for survival. That may explain why the nutria have even found their way into the hearts of some of the local people. They serve as sports mascots and even as pets. It is a complicated relationship. 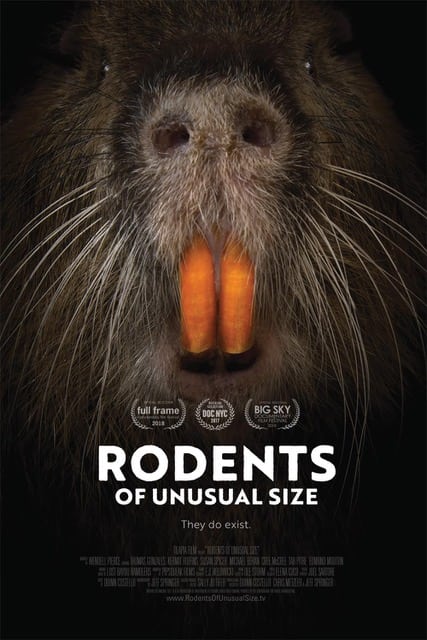