You are here: Home / Film / Free State of Jones: Reap What You Sow 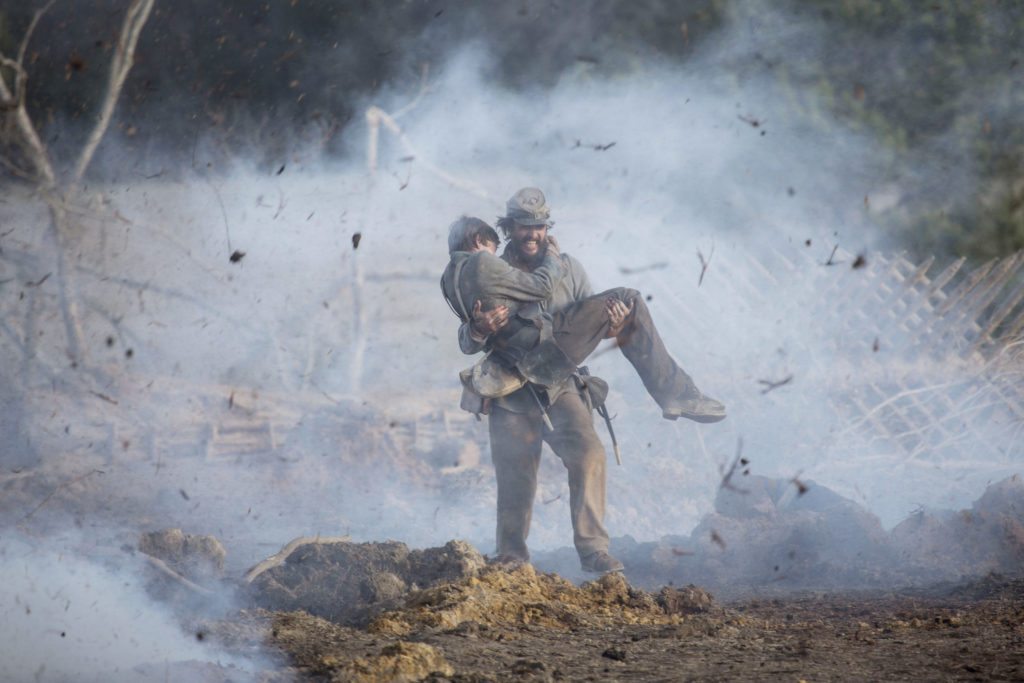 The Civil War wasn’t the greatest period in the history of the United States, as most people will attest.  A country founded on liberty fought over whether liberty was to be fully extended to all people. Yet in Mississippi, a unique situation developed—a group of runaway slaves and war deserters took over a sizable area of the state independent of either Union or Confederate control.  In director Gary Ross’s newest film, Free State of Jones, he chronicles its leader Newton Knight and the community he established.  There’s some good stuff to be found here, but the film doesn’t quite know what it wants to be and suffers as a result.

Ross begins with a riveting sequence where a company of Confederate soldiers march up a hill and face the Union in battle.  It’s bloody and graphic and sets the tone for the rest of the film.  Newton Knight (Matthew McConaughey), a farmer turned Confederate nurse/medic, wants to help as much as possible.  But when his younger cousin Daniel (Jacob Lofland) is taken out by a sharpshooter’s bullet, Newton decides to take him home to his mother. This is known as desertion, putting a death sentence on Newton’s head.  To keep from having this happen, he flees into the swamp and meets a cast of other runaways—including slaves like Moses (Mahershali Ali), who wears a spiked collar placed on him by his former master.  Slowly, Knight begins to gather their trust and the group begins to add members while defending themselves. Knight’s wife Serena (Keri Russell) flees to Georgia with the kids while Newton begins to help a slave girl named Rachel (Gugu Mbatha-Raw) learn to read.  Slowly, she becomes a replacement for Serena.

The group continues to grow and finally has the attention of the Confederate army.  After watching one of his families surrender to the army (and later hang from a tree), they stage a well-orchestrated ambush of the Confederate company, earning a victory in the process.  From here, the Free State of Jones (named after Jones County, Mississippi) is created and its inhabitants—both slave and free—are treated as equals.

The resolution of the film is not what you’d expect—and that’s where Ross makes a major misstep. You see, Free State of Jones would play fantastically as an action film along the likes of a Confederate version of Robin Hood.  But Ross adds in significant elements of a documentary, altering the pacing and changing the feel of the film to a history lesson. As if this isn’t enough, Ross then adds a third aspect to the story—a court case 85 years later involving one of Knight’s descendants.  This is shown in short snippets and is thrown in irregularly, further breaking the flow of the film.  What started out as a battle film is changed into a question of whether Newton’s descendant is part African-American (implying he had a child with Rachel).  One piece on its own would’ve been fine, but all three become a disjointed mess.  Too bad. 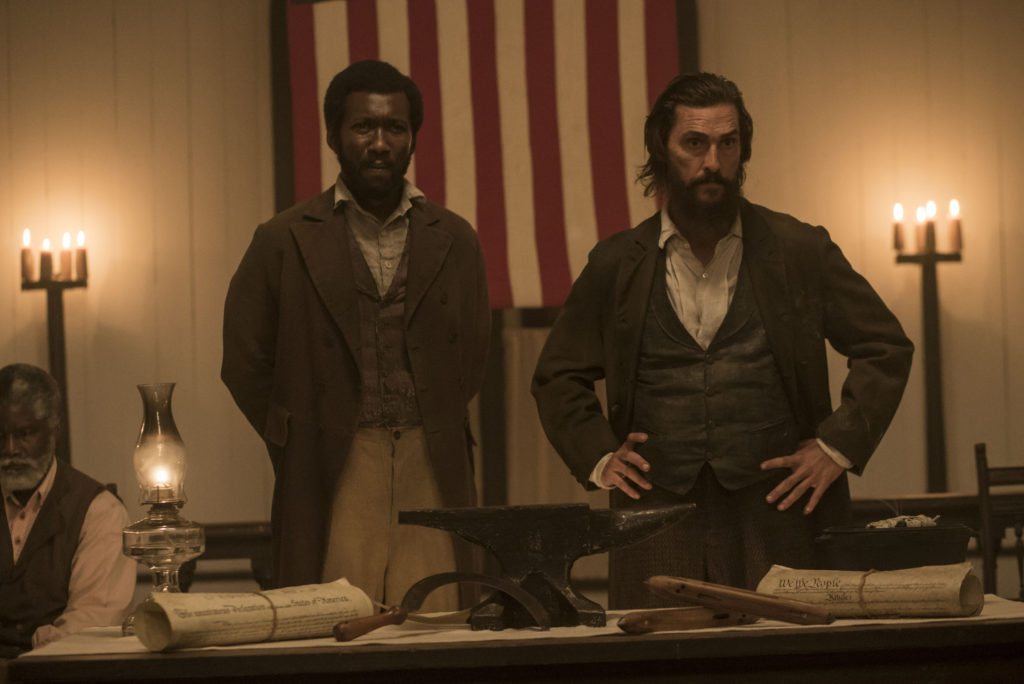 As for the other aspects of the film, I think they were well done. The cinematography is outstanding and conveys the time frame well.  The music is subtle enough to impact yet not overpower.  McConaughey is fantastic as Newton Knight, revealing a noticeable and believable shift in becoming the leader and face of the Free State of Jones. Mbatha-Raw, likewise, does well as Rachel, adding an air of cautiousness and enthusiasm to her role.  Sadly, Russell is almost an afterthought in the film, seeing most of her screen time in an awkward conversation with Rachel over a crying baby. It’s unfortunate that the directing and editing let this film down.

For Newton, the biggest point for him involves sowing that which one reaps (Galatians 6:7), since he was a farmer. He even bases the newly created state on this principle, allowing all people to have land and care for it—including the freed slaves.  In addition, he helps to empower the least to be more than they could ever be.  Consider the following clip, where Newton asks Moses point blank what he is–a child of God.  When a person becomes one of God’s children, they are transformed into something they could not be on their own.  The apostle Paul puts it this way: “Therefore, if anyone is in Christ, he is a new creation; old things have passed away; behold, all things have become new” (1 Corinthians 5:17 NKJV). They can’t be owned (as Newton says) and don’t have to worry about the past, but can look confidently toward the future and the hope Jesus offers.  You see this later in the film when Moses gets his family back and is seen cultivating a field all his own.  It gives freedom a meaning foreign to many of us today.  It’s also a good reminder for us to not take what we’ve been given for granted. Look confidently into an uncertain future and trust God.