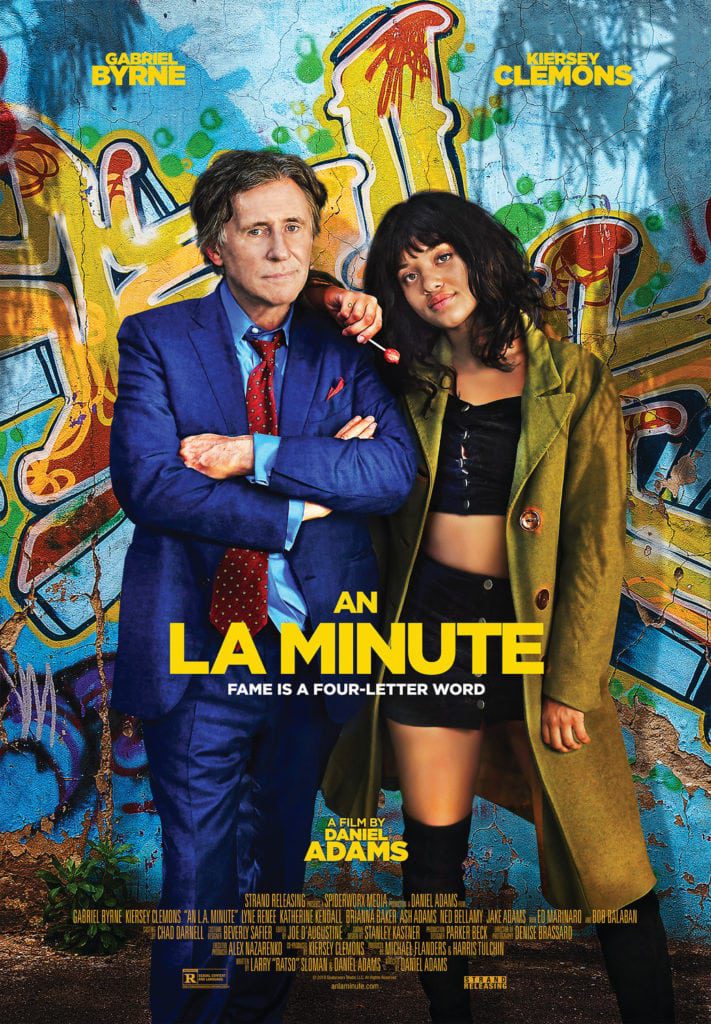 An L.A. Minute seeks to be a satire focused on the place fame has in our culture. It clearly makes a point that fame and success are not all that many might hope for, but it misses opportunities to truly speak to cultural issues.

Ted Gould (Gabriel Byrne) is a successful writer who got a Pulitzer for his first novel and been coasting since then. He has a new book out, but it’s not the same quality as his earlier work. He is obviously not happy with his life even though he has gained success, riches, and fame.

One night as he and a friend walk along the street, Ted passes out money to the homeless. It’s not so much doing a good deed as feeding his own ego. When the paper money runs out, another homeless person asks for money and he gives him the change in his pocket. But he also accidentally gives him a medallion he got early in life that serves as a reminder of what life once meant for him. He begins looking at homeless encampments and shelters to find the medallion. 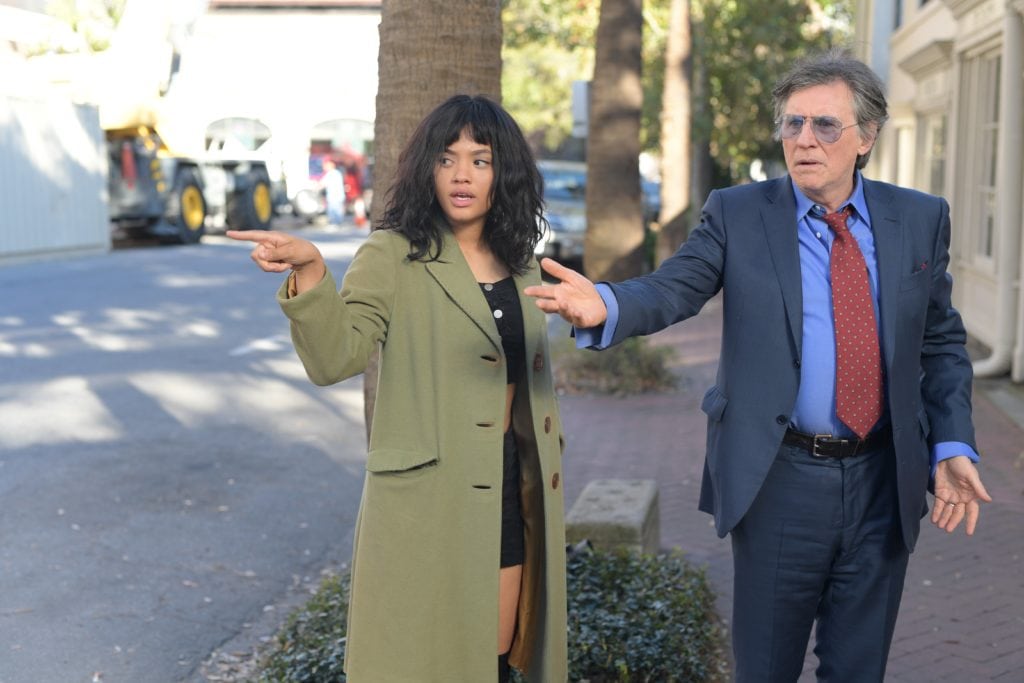 On the journey he meets Velocity (Kiersey Clemons), a young performance artist. She is intelligent and energetic. He is taken with her. Since his new book is about a homeless serial killer, she convinces him he should spend a night on the streets. In time, Ted comes to reject his fame, pushes Velocity into the limelight. Soon their worlds turn upside down. Showing how fame can be fickle and temporary.

The film is built on the idea that famous people (especially those in the entertainment industry) are self-centered, uncaring, and often vacuous. It deals in stereotypes that we may want to accept because our own self-image is burnished in comparison.  It also conflates success, fame, and fortune, giving the idea that they are synonymous. In doing so it sets up a wholly unrealistic vision of the world. 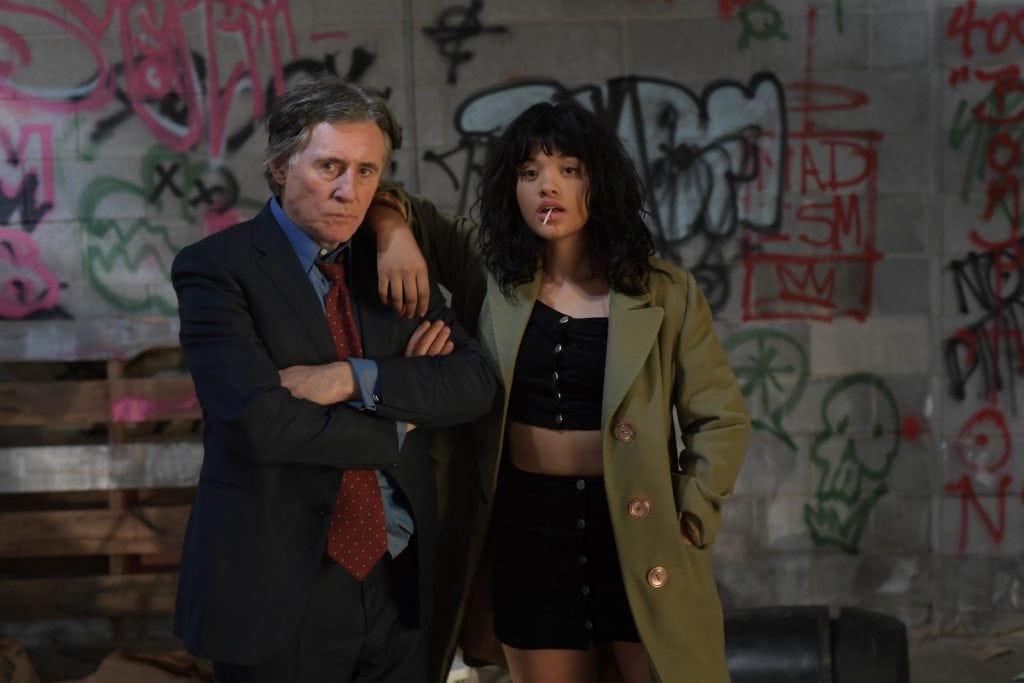 The most disappointing aspect of the film for me is that it brings in concepts that could have been fruitfully explored, but failed to do so. What is the meaning of charity? What is the nature of homelessness? In a world with rich and poor, what are our responsibilities to each other? How should we look at the homeless and how do we treat them with respect? In short, this had the potential to be a new Sullivan’s Travels. Instead it is just the kind of mindless dross that Ted Gould has been writing to get rich and famous.