You are here: Home / Current Events / American Sniper: War Costs Us All Something 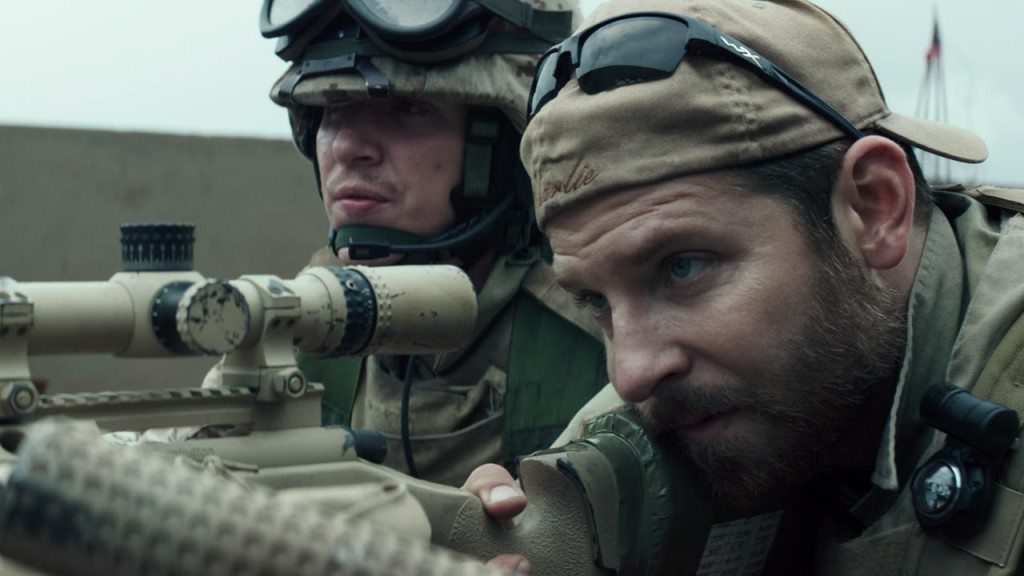 Rudderless Chris Kyle (Bradley Cooper) sees footage of the 1998 U.S. Embassy bombings and goes from thrill-seeker to U.S. Navy Seal. While Kyle’s life appears to a blend of the thrills and the honor, Clint Eastwood’s film raises the story to levels of greater nuance. For all of its criticism for being a “hoorah” kind of film about military glory at all costs, the film itself shows the power of Kyle’s efforts and the costs of the sacrifices he made.

Just seconds after marrying Taya Renae (Sienna Miller), Kyle gets shipped off to Iraq in response to 9/11. His first kills (the ones shown in the trailer) set off a lifetime of internal struggle as he wrestles with his honor, duty, and service as a sniper protecting his fellow American soldiers, and the tearing of his soul as he takes the lives of others.

Whoever sheds human blood, by humans shall their blood be shed; for in the image of God has God made mankind.–Genesis 9:6

Kyle ends up battling Mustafa (a fictional composite of Iraqi snipers who ends up making the film itself feel more personal), kill for kill, situation by situation, shot after shot. This is where the visual explosiveness of the film comes from, the action/thriller of the cinematic experience. It’s gripping for sure, and I remember that seeing it for the first time, it held me tight for hours after the credits rolled.

This is not like the war movies I remember watching sporadically growing up. It’s filled with dread and hopelessness, reasonably desolate, shot in darker, sandier hues.  The ‘victories’ don’t feel like winning, and the losses feel like they’ll never be overcome. Soldiers Kyle knows fall, and even the ‘enemy combatants’ who lose their lives carry more weight than the bad guys gunned down in the latest Liam Neeson flick.

But the truth is that the internal tension for Cooper’s Kyle, and for his relationship with Taya Renae, is even more moving. Kyle has two experiences in non-combat that make the film for me, the first occurs in-between tours with a man who credits Kyle with his life and the second occurs as he’s crossing paths with his own brother in transition. The first man approaches Kyle’s work as if he is part-angel/part-saint, while Kyle is shaken by being perceived as heroic; the second situation shows that what Kyle has marginalized in his own life has taken root and twisted his brother.

Do not take revenge, my dear friends, but leave room for God’s wrath, for it is written: “It is mine to avenge; I will repay,” says the Lord.–Romans 12:19

I’m not sure, having read up on both Kyle and Eastwood, that Kyle would love the way Eastwood has depicted the internal conflict. But there’s clearly a difference in the cinematic Kyle’s perspective from his first tour to his last. Eastwood can clearly see the way that war hurts us, leaves us scars, even if the killing is done on behalf of the greater good or the innocent. 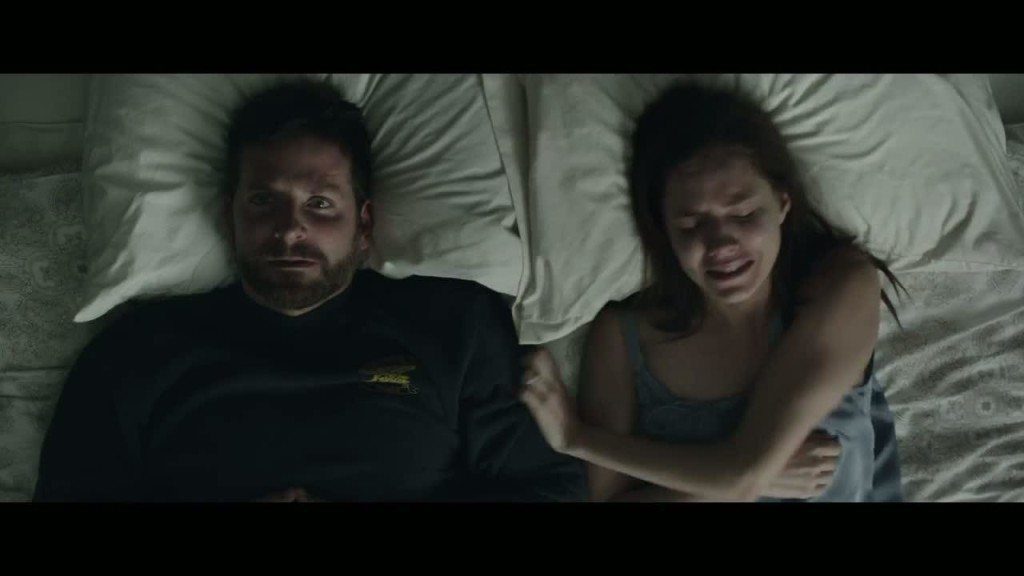 Honestly, watching the film, I’m reminded of my conversations in high school when I was learning about Augustine’s Just War Theory. I’m reminded of the way that people have discussed the ways that Dietrich Bonhoeffer, as a pacifist, wrestled with the decision concerning assassinating Adolf Hitler. And I remember the startling end of Zero Dark Thirty, marketed as the “greatest manhunt in history” that culminated in the costs of such an obsession, violence, and methods.

Eastwood isn’t glorifying war. He’s not “hoorahing” his way through this one. Yes, he acknowledges that American values and security would not be the same without men like Chris Kyle who bravely, boldly, and authoritatively lay their lives down for the protection of others. But he wants to remind us that this costs us something, that war is not cheap, that lives matter even if they’re not the lives of people we know or like.

Watching American Sniper, I’m impressed by Eastwood, Bradley, and by people like Kyle. But I’m also reminded that Jesus’ words about violence and taking revenge are for our good. We can’t handle the responsibility of taking lives; we aren’t meant to be God, who decides who lives or dies. The cost is too great when we’re put (or forced into) those kinds of decisions.

Sorrowfully, for Chris Kyle, it cost he and his family everything. But it’s not like our hands are clean. Just like buying something produced somewhere that labor is unfairly provided with little-to-no compensation makes us guilty, our freedom at the hands of people like Kyle who are protecting us, makes us guilty, too. We have freedom because of men like Kyle, and until wars cease, we’ll be complicit in their struggle.

What will it take for us to make a change?

Pick up your copy of American Sniper on Blu-ray/DVD at Amazon.